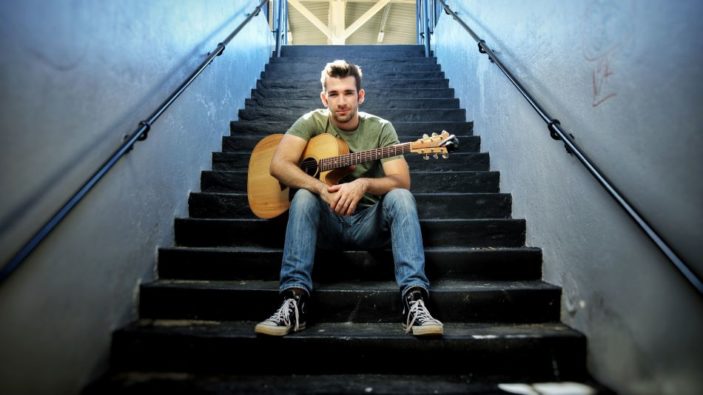 Aspy Jones is a singer-songwriter who writes from the heart. His songs are steeped in keen observations, humour and honest reflections of his life. Some of his songs deal with his experiences learning to live with Asperger’s syndrome and anxiety. We are thrilled today to have the exclusive single premiere of his latest single, “Last Nerve”. This follows on from previous releases “Come Alive” and “Give It All”.

“Last Nerve” is a beautifully put together track. Aspy has a warm and versatile voice, put through its paces here. It also features some glistening trumpets and crisp guitars. Whilst reflecting on some dark times, it gives hope to those that are experiencing difficulties. As Aspy explains: “I would hope that anyone who has suffered with anxiety would be able to con-nect to the song and realise that they are not alone.”

Aspy originally intended the song to have a more pop and electronic sound, but in the end decided on having more of a roots vibe, which I think suits the subject matter. He describes it thus: “‘Last Nerve’ is about my battle with anxiety. I wrote it at a really low point when I kept replaying situations over and over in my mind which is really stressful. Other people seem to forget about it and move on with their life while I overthink things constantly, but I’m sure I’m not the only one.”

Aspy told the AU exclusively: “I’m so glad that ‘Last Nerve’ is finally out and even happier that it’s being premiered by AU Review. I wrote the song about 2 years ago and it’s about anxiety and spending too much time over-thinking instead of moving on. Every time I play it at a gig it’s a good reminder that I don’t want to be back in that dark place.”

“Last Nerve” will be released on all digital platforms this Friday, 20th November 2020. You can pre-save “Last Nerve” HERE.

In the meantime, enjoy this exclusive spin of “Last Nerve” by Aspy Jones

Aspy Jones has the following gig(s) coming up: