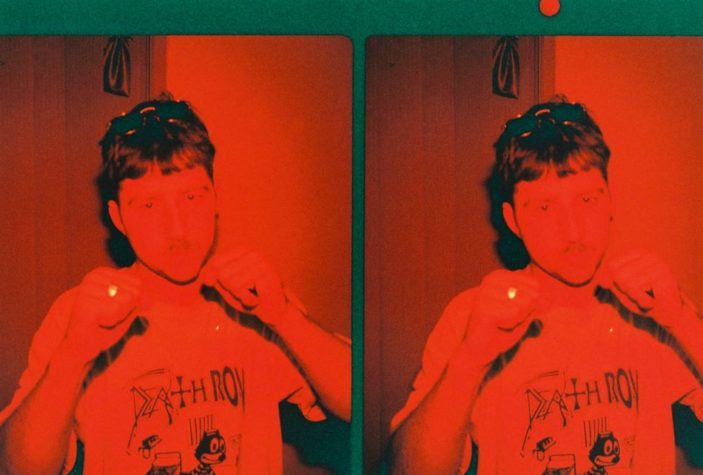 Hailing from Sydney’s south, SAMAS delivers a mix of punk, blues and garage rock. We are pumped today to be premiering the debut self-titled EP. This is a collection of four diverse songs, united by sharp lyrics and catchy tunes. It’s music to grab your attention and shake you by the scruff of your neck.

The band formed in 2020, releasing singles “Nina” (for his grandmother) followed up by  “Mr Policeman” (with the line “Hey Mr Policeman, won’t you go the fuck away, hey Mr Policeman won’t you tell me to my face”), demonstrating the diversity of the songwriting. “Mr Policeman” received good support overseas, particularly in Germany, as well as in the UK.

Stylistically, SAMAS incorporates garage, blues and punk. These are four well-crafted tracks. “Drink Alcohol” is a mix of Shane McGowan and Frank Turner.  This is a party track that gets under your skin. It’ll have you looking at the beers in the fridge at 8 am and think, why not. Totally catchy, with shredding guitars and a driving beat, it’s a winner.

“Let’s Go Blues” is good old fashioned blues. “Outta Sight Outta Mind” is classic punk with a nod to The Libertines and they finish off with the reflective “Smokin'”.

Hopefully they will release a long-play record before too long.

Take a listen to the self-titled debut before its release on Friday, 18th June 2021.