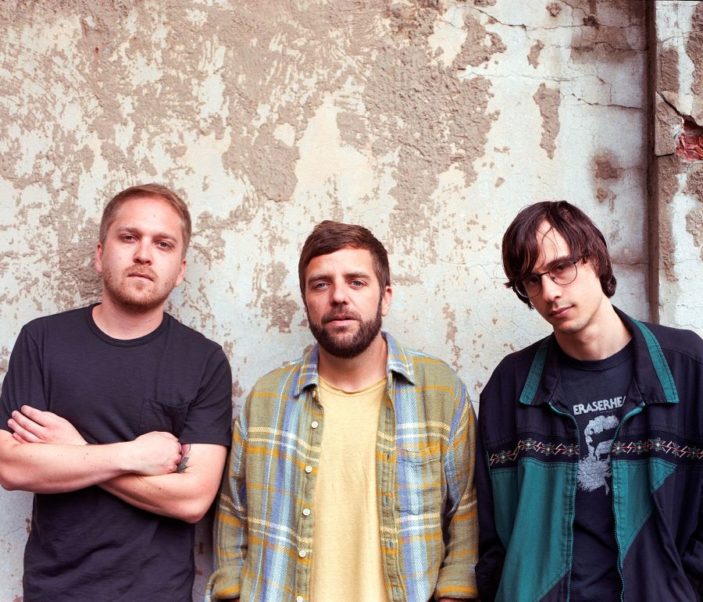 Baltimore’s Thee Windows is a trio comprised of guitarist and songwriter Dustin O’Keefe,  bassist Keegan Gore and drummer Chris Birch. Bringing their combined influences from previous projects, they have created an inspired collection of meditative thoughtful indie-rock. This Friday they release their debut album, Margin of Error, and we are delighted to be premiering it today.

The album has elements of shoe gaze, emo, folk and post-punk. It was initially a solo project which morphed from Dustin’s bedroom before he brought Keegan (Sleeper’s Awake) and Chris (The Junior Varsity) into the fold. The tracks have a beautiful unrushed feel to them, assembled with love and care.

About the album, Dustin told the AU, “I wrote these songs when I was preparing for a lot of change, even though I didn’t realize it yet. In the time since I wrote and mixed them, I split up with a long term partner and started taking my mental and physical health more seriously. It was hard to work on the mixing because every time I sat down to do a pass on the mix, I relived what I now realized were painful memories. Or at least, they are attempts to capture what I felt at that time.

Looking back, I think most of these songs are me trying to process what it feels like to realize that some things in life are controllable and others are not. There’s a difficult balance between advocating for yourself and becoming a passive bystander in your life (and relationships). Sometimes when you fall off that tightrope, it hurts.”

So, sit back and enjoy the beauty that is Margin of Error from Thee Windows, before the release this Friday, 14th October 2022.