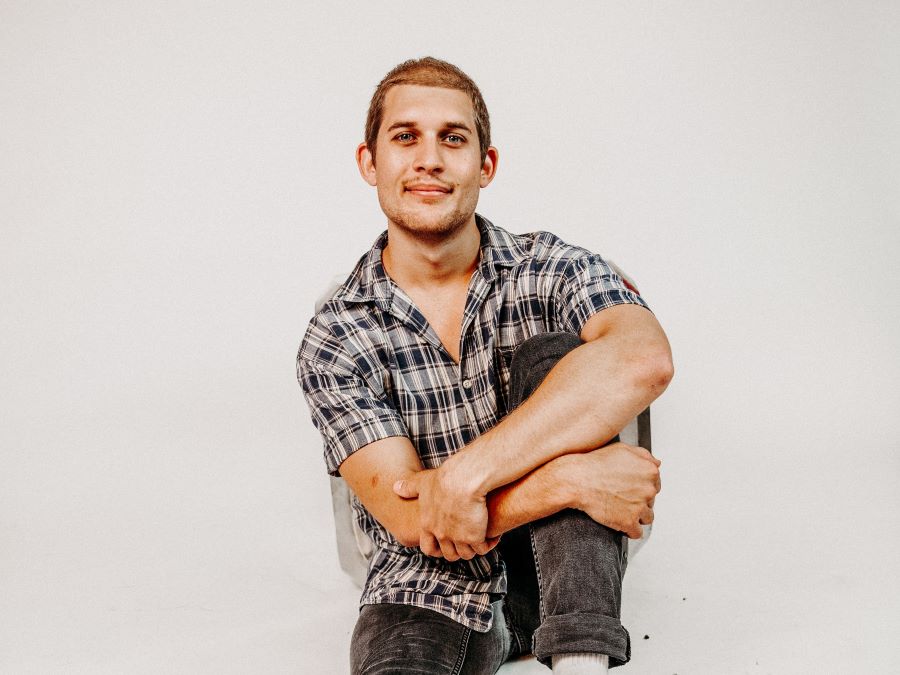 Tomorrow, Brisbane-based singer-songwriter indie-rocker Andy Martin releases his formidable debut album, Reverie, and we are delighted to be hosting the premiere of this long-awaited release.

The collection of songs on Reverie reflects upon the journey of the talented songwriter, weaving a rich tapestry of stories covering love and love lost, friendships and struggles with mental health. With a gift for storytelling and ripping melodies, Reverie is an album that will send you searching for tickets to see Andy Martin live. The good news is he has a tour from Queensland to Victoria booked, starting later this month. Details are below.

Being a talented multi-instrumentalist, there is tremendous variety and richness across the tracks. Andy had a number of producers working with him on the album, including Aidan Hogg (Holy Holy, G Flip), Airlock Studios (Ball Park Music, King Stingray) and Mason Rowley (Late November, Arches). Reverie was mastered by Brock Weston.

About the songs on the album, Andy writes: “My songwriting process changes for every song… some come together in a matter of minutes, some take a couple of years to come together. It was an awesome experience working with all of the different producers on the album. They all added their own flare to the record! Every song on the album came together and was written on my acoustic guitar. The lyrics relate to personal experiences, chats with friends, fabricated love stories, mental health issues, love, loss and growing up in a dying world. “

If you are fans of Tyne-James Organ, Spacey Jane and The Wombats, I reckon you will dig this stellar debut long-play.

From a musician who started out as a jazz trumpeter, it’s no surprise that the album is blessed with a variety of genres within. Andy explains: ‘The album transcends genres, moving from indie rock, to folk, to pop effortlessly.  It opens with intensity, driving rhythm, energetic guitars on “At Least You’re Trying”. This sets a platform for “Reverie”, “Somebody Else” and “Mess We Made” to shine. Then, you are hit with probably my favourite track off the album, “With You”. I love this song. I just think it epitomises me. It’s fun, easy to listen to, has catchy melodies and is completely honest. This is my biggest body of work to date. I wanted to tick releasing an album off my bucket list and I couldn’t be prouder of “Reverie”’.

Andy has been steadily building his fan base, since the release of his debut EP, Living In The Heat of it All in 2020. Since then he has shared the stages with the likes of Alex Lahey, Shannen James & Alice Ivy and performed 2 x SOLD OUT Wooly Mammoth (Brisbane) headline shows

You can pre-save Reverie HERE ahead of its release on Friday. In the meantime, enjoy our premiere.