Exclusive Album Premiere: Matthew Gilbert, Getting Over All Of It 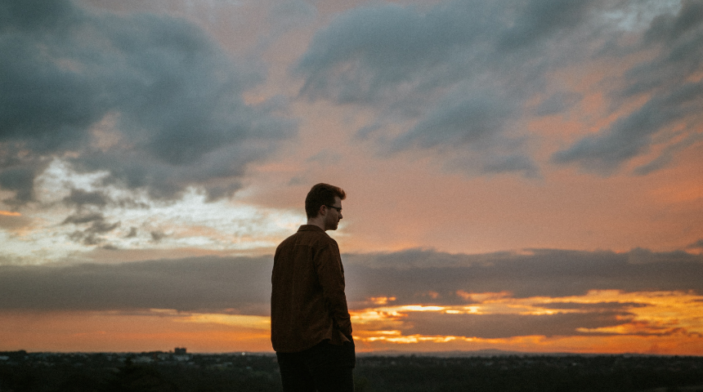 Let’s us help you get through Hump Day with some new music! Today we’re sharing an exclusive look at Getting Over All Of It, the latest from indie-folk singer-songwriter Matthew Gilbert.

Funded by Gilbert’s fans through a Kickstarter campaign, the sophomore release was penned and produced during the Melbourne lockdowns last year. Mixed by Jacob Sells and mastered by Adam Dempsey, it was a global collaborative effort, as Gilbert explains:

“The process of creating this music happened over the last 2 years. In and out of lockdowns the album was recorded mostly in homes around the world. From Australia to the United Kingdom, Germany, America and Japan, Getting Over All Of It features over 23 amazing humans in its creation. All of it gorgeously arranged by myself.”

The end result speaks for itself; a ten strong collection packed with Gilbert’s signature charm, lush harmonies, and mysterious lyrics. Set for release tomorrow, stand-outs include the ethereal “Into The Moon”, and the wonderful rise and fall of duet “Burning From The Inside”. Recent single “Out Of The Contempt” also shines, with Gilbert describing it as the “crowning jewel” of the album.

“We all go through tough times, but rarely do we take the necessary space to reflect. This was me. Failing to invest in my own health I was neglecting something deep within my soul. Distant sounds, melodies and stories around me that were yearning to be told.‘ Getting Over All Of It is a collection of musical stories from the last 5 years of my life. These have been some of the most soaring mountain top highs and the deepest lurching lows.”

Give Getting Over All Of It a listen below!

Matthew Gilbert · Getting Over All Of It
Getting Over All Of It releases on June 23rd – choose your music service and pre-save a copy HERE.
An album release show is planned for July 30th, at Melbourne’s Wesley Anne. You can find more info HERE.
In the meantime, stay up to date with all things Matthew Gilbert via his Facebook, Instagram, and website.