Interview: The Other Fellow director Matthew Bauer on searching for the James Bonds of the world; “It brought up interesting identity questions.” 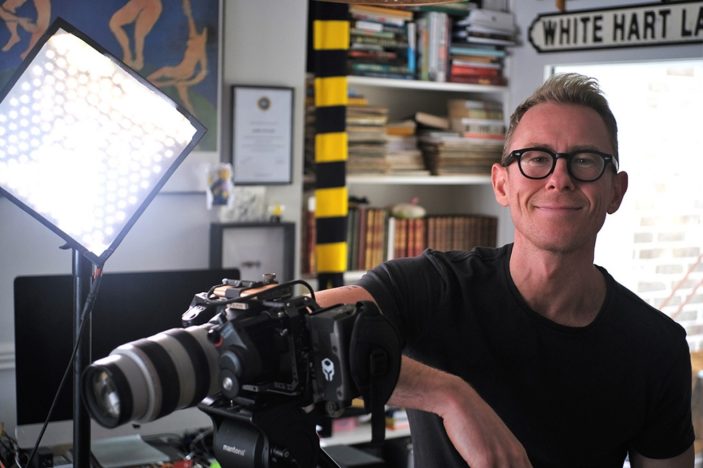 An energetic exploration of male identity via the lives, personalities, and adventures of a diverse band of men, real men across the globe all sharing the same name – James Bond. In 1952, when author Ian Fleming needed a name for his suave, sophisticated secret agent, he stole one from an unaware birdwatcher and created a pop-culture phenomenon about the ultimate fictional alpha male. Now, Australian filmmaker Matthew Bauer is on a global mission to discover the lasting, contrasting and very personal impacts of sharing such an identity with James Bond.  From a Swedish 007 super-fan with a Nazi past, a gay New York theatre director, an African American Bond accused of murder, and two resilient women caught up in it all, Bauer’s cinematic mission is an audacious, poignant, and insightful examination of masculinity, gender, and race in the very real shadows of a movie icon.

As The Other Fellow arrives in Australia to stream on SBS On Demand (read our review here), our own Peter Gray spoke with the filmmaker about the inspiration behind such a unique vision, what surprised him the most about meeting these Bonds, and, of course, who his own personal favourite 007 is.

When I heard that The Other Fellow was a documentary about James Bond I immediately had a certain notion of what it could be about, so I was so wonderfully surprised when your film travelled in an entirely different direction.  Where did this idea  to make a film about men named James Bond come from?

I’ve always been a James Bond fan.  I went to film school and was a bit lost on what my first feature would be, and I just randomly one day just thought “I wonder what it’s like to be named James Bond.”  I typed “James Bond” into the Facebook search bar…

It’s not entirely explained in the film, but you can’t join Facebook as “James Bond”.  So all my characters are either Jimmy Bond or JB or James with three Ss.  It’s because the algorithm flags you for using a false identity if you try and join as James Bond.  I tried joining (as James Bond) and it blocks you.  From that first moment I saw, especially how in the digital space, it brought up interesting identity (questions).  I wrote them all an email and a lot of them came back to me with a lot of the stuff you see in the first 10 minutes of the film.

The James Bond you meet in the final scene of the film, after hearing his story and in context of talking to the other Bonds I realised it could give me a structure, which was all about finding out what life is like as a James Bond, which is generally in the negative.

That really was one of the most surprising things about the film, is that these men all are all much more tragic figures than may be expected.

What occurred to me as we were conducting interviews was that they all told the same story about being pulled over by the police and if you don’t have your ID on you, you’re screwed.  The surprise was that I didn’t prompt that story out of them.  Even as we were filming it didn’t quite register for me, it was only when me and my editor sat down and started cutting that sequence together that we realised they all told the exact same experience.  I found that really interesting.  People say this film is about identity, but I like that there’s this literal identity stuff where these men have to carry their ID card around (because) when you have a name like this it can lead to situations where you end up in prison.  This isn’t just a bit of fun, there’s real consequences.

I’m assuming there’s a lot more James Bonds in the world than who is seen here.  How did you go about narrowing down to the subjects in the film?

I spoke with probably about 100 of them online.   (They) kind of formed into groups.  When we were editing the film we struggled with what type of information we could give away.  My editor said “Why don’t we just reveal (that) at the end and keep (everyone) separate?”  We wanted a homosexual James Bond, because that seemed like such an obvious contrast to the character, and we actually got to the point where there was more than one.  The second oldest (James Bond) is an LGBT preacher in Texas.  But weirdly it started taking over the film (and) suddenly we had too many characters that were (queer), so we decided to focus on the New York Bond and have him (represent) that storyline.

People then started discovering us, like the Swedish James Bond.  He wasn’t what I was looking for in my initial search.  I was filtering out people like him, because there are so many fake James Bond profiles online (but) someone wrote to us and said “I’m really glad the Swedish James Bond isn’t in your movie.” Believe it or not, the Swedish don’t like people who rise above their station.  But I typed in “Swedish James Bond”, and suddenly all these images of him came up and I knew I had to speak with him. 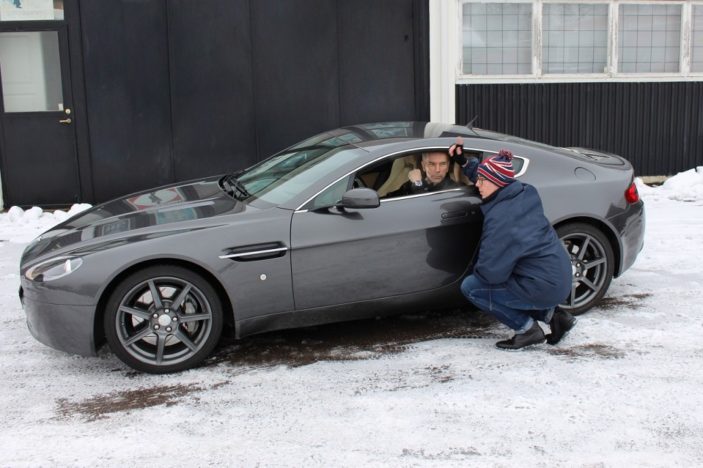 The last Bond film, No Time To Die, is mentioned in this film, so it’s obviously recently compiled.  When exactly did you start making the film?

This actually started as my short thesis film at NYU Film School.  I thought maybe it would become a feature at some point, but, at that stage, I needed to complete a 10-minute film, and so that short was actually the Canadian James Bond (in this film).  I was filming these interviews and, to be honest, I didn’t really know if this was going to be a longer short film or that we would hope for a feature at some point.  Maybe even a YouTube series, or something like that.  What I like about documentary (filmmaking) is that you can just film all these little $500 chunks.  We filmed between Skyfall and No Time To Die.  It weirdly kind of gave our film a certain structure, because we got all the noise of the James Bond films going on.  If you’re a Bond fan you can follow that we’re going from Skyfall to Spectre to No Time To Die.  And with Daniel Craig always saying he’d rather slit his wrists than do another Bond movie (laughs) and retire the role, it was a nice type of end to our film (too).  It kind of gave it a nice sweep.

I don’t have a favourite one out of our interviews.  It’s been funny, because there’s the Trump supporting Bond in Indiana, and we have completely opposite political persuasions, but we’ve become really close.  We actually got along really well.  There’s (a) scene in the film where we see his family praying before dinner, and he was asking me over for dinner with his family every night, and he taught me how to shoot guns on his range.  Weirdly, we became good mates.  And then me and the Swedish Bond are very close as well.  A lot of the shots you see in the film, like at Lake Como in Italy, and that’s the house at the end of Casino Royale, he was staying there, and he just started inviting me along on his James Bond trips.  I had a very strange address book on my phone when it got to the B section (laughs).

My favourite James Bond is Roger Moore.  He was my first James Bond.  I won’t get into arguments about who is the best Bond, because there’ll never be an answer.  But I think your favourite is always the first, and for me it was Roger Moore.  I grew up in Adelaide, and I was about 10-years-old and suddenly this movie is on TV.  It just speaks to a certain kind of lush, blockbuster cinema.  I think that definitely speaks to my mentality as well.  I wasn’t interested in my first feature film being some dark story about heroin addicts, or something like that.  It’s very influenced.

The Other Fellow is now streaming on SBS On Demand.