Film Review: The Other Fellow breaks the imagery of masculinity and misogyny associated with James Bond in a funny and poignant manner 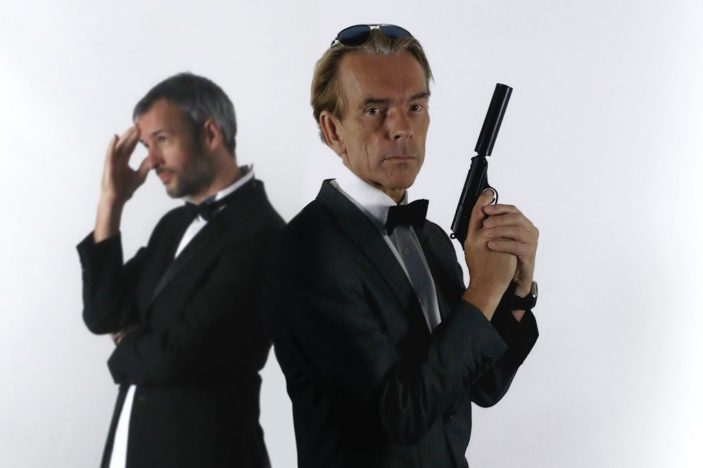 Whilst the general consensus is that the James Bond franchise has its large share of devoted fans – all eagerly awaiting the resilient secret agent’s next global mission – there are those that take a differing view.  It’s not that they don’t like the films per se, it’s that each film release comes with the sense of dread that has so often plagued their existence since Ian Fleming‘s creation caught on.  These people, wouldn’t you know it, happen to be named James Bond.

Yes, perhaps it’s not something we not-James Bonds have given much though to, but out there in this giant sphere are regular, everyday folks who share the name of one of cinema’s most recognisable monikers; and they don’t exactly like it.

Such is the central story to Australian director Matthew Bauer‘s incredibly entertaining documentary, The Other Fellow, where a select group of Bonds – ranging from a gay New York theatre director to a preacher – sit down to discuss just what it has meant to have such an association thrust on them, essentially against their will; “He has a six-pack.  I have a keg,” so says our theatre director who notes that, like many others, the sexual prowess and believed masculinity that comes with the character isn’t translated in reality.

Whilst there’s a certain lightness to the film overall, what is considerably surprising about The Other Fellow is how dark and, at times, sad it can be.  I think we all would believe that there’s something kind of amusing about being named James Bond, and the early stages of the film lean into each subject discussing the initial humour around introducing themselves at events or, in some cases, nabbing free tickets to each subsequent 007 film premiere due to sharing the name.  But one such incident for a duo of men in South Bend, Indiana – one African American, one Caucasian – resulted in local police not believing them when asked their name following a questioning when one of their descriptions matches someone wanted for a crime.  Due to what police believed was an insulting retort of hearing “My name is James Bond”, one was ultimately sent to prison for 60 days; take a guess as to which skin colour was failed by the system.

There’s a disturbing turn of events in the latter half of the film that speaks to the reality of gaslighting and domestic abuse and how having such a name can be of benefit in a situation that puts your life at risk – this is a narrative strand that is best left discovered by the viewer – but, for the most part, The Other Fellow enjoys entertaining as much as informing, with a Swedish man taking the mentality of what it is to be James Bond from a luxe perspective very much to heart (the nicest way of saying it’s an amusing-on-the-surface obsession) proving one of the film’s more intriguing aspects, as well as the inclusion of creator Fleming himself, and what it meant for him to choose the name James Bond.

Through the use of audio recordings and archival footage, Fleming speaks of choosing the “flat, quiet name” of James Bond through an ornithology book about the birds of the West Indies.  Little did he know that the author – James Bond – would take offence to this, leading Bond and his far more assertive wife, Mary, to encounter Fleming at his Jamaican home (rather amusingly titled “Goldeneye”) in what would, rather coincidentally, be the author’s only known filmed interview.

Acting as a nice companion piece to the plethora of other Bond documentaries that have been produced over the years, The Other Fellow takes all the characteristics we associate with 007 and flips them on their axis, breaking through the masculinity and the misogyny to reveal real, tried and true men that so often challenge the straight, white temperament of the cinema icon.  Funny and poignant, Bauer’s lens feels welcomingly progressive and, most importantly, laced in a relatability and humanity that isn’t always afforded by the character’s incarnation.

The Other Fellow is now streaming on SBS On Demand.