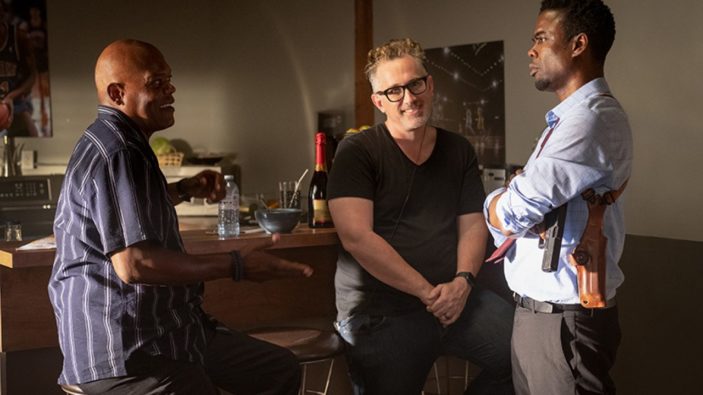 After over a decade of vacating the director’s seat on the Saw franchise, Darren Lynn Bousman has returned to the series that gave birth to his career as a staple within the horror genre.  As the latest instalment releases in cinemas across the country, Spiral: From the Book of Saw (read our review here), our own Peter Gray chatted with the filmmaker about his surreal return, the collaborative process with star Chris Rock, and how he really feels about the sequels.

How was it returning to the Saw series?

How was it returning? It was crazy.  It was surreal.  I’d been gone for a decade-plus, and in a lot of respects it was completely foreign to me, and in other ways it was like putting on an old shoe.  This time around I think there was more at stake for me, because I had had three successful Saw films (prior) and I walked away on top.

Coming back there was always that risk of “Am I going to fuck this up?”, so it was scary.  Also, it was the first time working with A-list celebrities.  When you’re working with Chris Rock and Samuel L. Jackson there is a fear.  I was really happy with the experience though and everything about it.

What are your thoughts on the subsequent sequels that came after Saw IV?

That is an interesting question.  It was dual.  Part of me was jealous because it was something I helped create, but the other part of me thought I would’ve done this completely different.  One of the things for me coming on to Saw II was that I was very vocal and very passionate about what I wanted to do.  I would fight and I would scream about why it had to be a certain way.  It’s hard stepping out and watching what other people do to it.  I think the more time went on, the more I was able to remove myself because there was a jealousy.  That’s the most PC answer I can give you.  There were choices made that I would have done differently…I can say that.

How collaborative was it with Chris Rock?

Chris was completely collaborative.  A lot of times you meet people and they’ll tell you they’re a big fan of the genre, of horror, but they’re not, they’re saying it as lip service.  When I met Chris and he said he was a huge fan of the Saw franchise, he really was.  Through all of our conversations through the script process, pre-production and shooting, we would reference horror movies.  We would talk about different scenes from different horror movies, not just the Saw franchise but other movies too.  It became the way that we would communicate.

He would surprise me a lot too.  He would reference really obscure shit that I forgot I had done.  He’d say “Remember in Saw III when…” and I wouldn’t remember, and I would watch and he’d be 100% right.  So it was obvious that he had not only watched these films but had dissected them.  What’s also great about Chris is that he’s a director and writer himself, so having his eyes…I would ask for his opinion on certain things when I wasn’t sure.  Through the screenwriting process he was involved every step of the way.  From ideas to actual lines, he restructured. 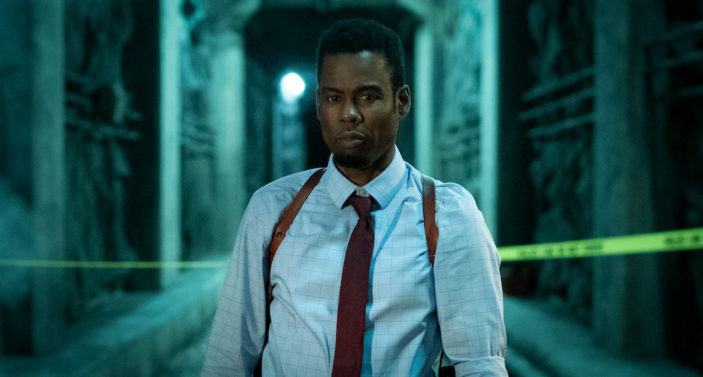 The whole trap part is such an arduously dense, not fun process.  When we get the script it’ll have a slug where it might say “Guy dies in a tunnel.  Trap to come.”  We then have to find out through pre-production what that is, and it’s a process.  It’s got to reflect the narrative, the theme, the character…and it also has to be something we haven’t done before, and that’s hard.  There were so many times I would say I have an awesome idea and they’d come back at me and say “Saw VI, we already did it!”

We go through a process of trying to shoot holes in the traps too.  I’ll give you an example for the first one in this film.  The original idea was that he had to rip fish hooks out of his tongue.  And it just wasn’t dynamic enough.  Then I thought, “What if he’s suspended?”  The suspension is, what if he has to jump off and rip the fish hooks out that way cause he can’t pull them out in time?  Problem with that is that it would tear the tongue, it wouldn’t rip the tongue out…so we have engineers involved who discover what it would take.  We know they’re going to be important to fans, so we keep redefining and re-approaching.

Trap wise, are there any favourites out of the films you’ve done?

I have different favourites.  I think, hands down, the favourite trap of mine is the needle pit (from Saw II).  It’s so simplistic, you look at it, you understand it.  No one has to explain shit.  A lot of my favourites are from Saw II because they’re just so simple.  Now the problem is that Jigsaw, or the killer, has to explain for 25 minutes what the trap is.  You asked me about how I felt towards the later sequels? I had an issue with how complex they were.  They involve laser beams? No. They should be so simplistic and easy to understand.

The horror genre is obviously one you hold quite dear.  What is it about them that you enjoy so much?

I’m actually watching a horror movie right now and there’s a very violent scene in the film, and I found myself both disgusted and glued.  I didn’t want to watch it but I wanted to watch it, and it stuck with me.  I wanted to shower.  I think horror does that.  It has a way of staying with you and infecting your brain.  I love action and I love comedy, but I forget about them afterwards, but if you see a truly terrifying film, like Hereditary or The Witch? I still talk about those movies! I think they imprint on you because the idea is so foreign to us.

I know Saw X has already been announced.  Have you had conversations regarding the next film?

That got announced prematurely.  We were all surprised, including the producers.  What I will say is that just because we made Spiral doesn’t mean Saw ceases to exist.  Just because Spiral is here that doesn’t mean there won’t be a Saw IX.  This is not the ninth film in the Saw franchise.  There easily could be a Saw IX that follows Jigsaw.  I think they’re waiting to see how (Spiral) goes and how audiences respond to determine what happens next.

Spiral: From the Book of Saw is screening in Australian theatres from May 13th 2021.