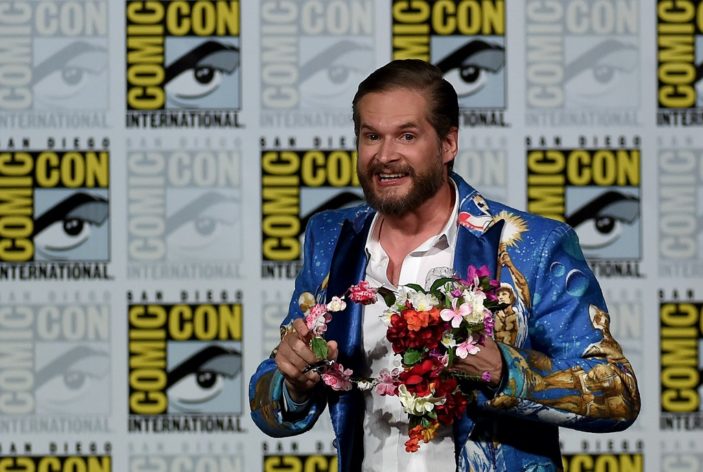 From its literary origins with queer authors Mary Shelley, Bram Stoker and Oscar Wilde to the pansy craze of the 1920s that influenced Universal Monsters and Hitchcock; from the “lavender scare” alien invasion films of the mid-20th century to the AIDS obsessed bloodletting of 80s vampire films; through genre-bending horrors from a new generation of queer creators; Queer for Fear re-examines genre stories through a queer lens, seeing them not as violent, murderous narratives, but as tales of survival that resonate thematically with queer audiences everywhere.

Now streaming exclusively on Shudder, Queer for Fear: The History of Queer Horror comes courtesy of executive producer Bryan Fuller (Hannibal, Pushing Daisies) who spoke with our own Peter Gray ahead of its launch, touching on the origins of the series, how it was uncovering such subtext in classic horror literature and film, and if he feels there’s an ease in being openly queer within the industry now.

Horror is a genre I have grown up with, and it’s one that I love.  I feel like the last few years there’s been this real embracement of queer subtext-horror by straight audiences, but when you watch these films you see throughout history that the subtext has always been there.  How far back does that love of horror start for you?

I think its origin (for me) has really got to be monster cereals; “Count Chocula”, “Frankenberry”…they were these monsters who were also scared of ghosts and had lives outside of being a monster.  They would nag each other, tease each other, but they were cohabitating in a way that suggested a relationship of some sort.  That was an avatar for me as a child to a different kind of relationship that wasn’t quite so heteronormative and actually looked like a lot of fun.

The idea for queerness throughout horror history.  Where did that idea originate from?

That came with one of the producers named Phil Nobile, Jr. He’s the editor of Fangoria magazine, and he initiated that he wanted to do something in the queer space.  They set out to do kind of an unofficial sequel to Horror Noire (A History of Black Horror) in a feature form.  And they completed that, and as they were looking at that I came into the conversation about (whether) there was enough real estate to tell this story in any really effective way.  It felt like almost roller-skating through the Louvre where you don’t have a chance to stop and sit and admire one piece of art.  You’re just racing by it to get through the museum, so when we started talking about a bigger piece of real estate in order to tell (this) story and what that would look like as a docu-series.

We decided in this first season to be kind of foundational.  These first few episodes were almost biographical with some of the queer artists and/or queer allies that were telling these horror stories.  And as we get into episodes three and four we start looking at the thematics of some of these horror stories, like transformative stories – werewolves and cat people and alien invaders – and how those are all queer avatars and socio-political comments on what was happening in movies at the time of them coming out.  Queer people could project a greater identity with those narratives than perhaps straight audiences could in that era.

Did you find it a challenge in accessing the footage or the information regarding some of these films?

There was a lot of stuff that was easily accessible.  We hired an archivist that could get us footage from things that we just didn’t have the time to try and find ourselves when we’re compiling the story and other branches (of the narrative).  We had completed a version of the Bram Stoker section (before) we found out about him writing all these letters damning queer writers, so we had to do another round of interviews and ask people about that to have that woven in.  It was really one discovery after another and every time I don’t think we ever felt like we had it fully wrangled. 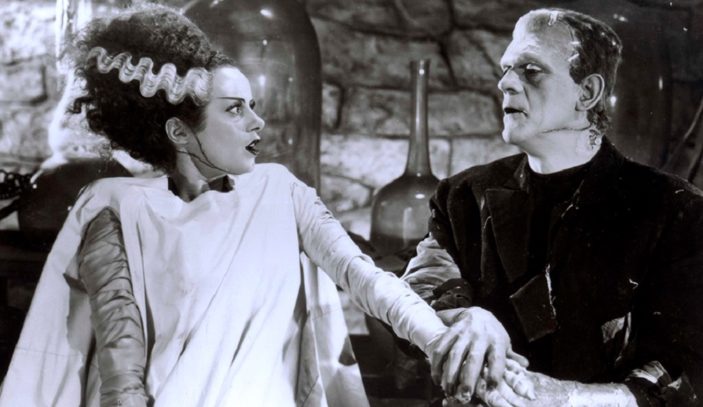 Coming into this project I had no idea that Mary Shelly was queer.  I didn’t know that Bram Stoker was queer.  I was familiar with Dorian Gray, and I knew Oscar Wilde was gay, but I never looked at that as horror until this documentary sort of unlocked certain things (for me).  I was in seventh grade reading Dracula for the first time, and, for me, I felt something sort of intuitively sexy, but I looked him up and he was married with kids and I kind of left it at that.

But then we uncovered all these, you know, thirsty love letters to Walt Whitman.  The complications of what it’s like to come into your own sexual identity and then to have society throw you back into the closet essentially is like damning yourself from existence.  That’s a story that I think, as queer people, we’ve heard time and time again from whoever we know that is queer.  “She doth protest too much” is often revisited when it comes to people denying their queerness.

I think that was one of the shocking things when watching this and the segment around Psycho in realising that Anthony Perkins was denied his chance to live freely.  He loved his wife and kids, and I don’t want to say he was “forced” into that structure, but his career was almost ruined because of his queer identification.  Are you finding in discussing this series with people that nowadays it feels easier to be queer and open in the industry?

I think it’s easier to be anything unsuccessful than it is the alternative and I think we are finding varying degrees of acceptance, but that acceptance is under constant threat.  You know, in America, we have half of the country that believe this sort of cultist con-man and refuse to make room for anybody else in the world that doesn’t speak or think or behave like them.  Gayness is also very restrictive and foundationally oppressive to anybody who might not fit the demographic of whatever gayness is categorised as.  I’ve never felt comfortable with other gays, but I’ve always felt comfortable with other queers.  And I think that’s something that we don’t always put into relief.  (There’s) cycles of abuse within communities that are using the same vocabulary to oppress others or believe that others in the community have to behave in a certain way to mainstream or gain acceptance.

I’ve never felt the obligation to do that, but being in gay communities I’ve certainly seen a vocabulary of abuse with other gays about how to best be gay.  I feel like because there’s a much broader representation of queer identification, it’s much more accepting and tolerant (within that community).  I think queers are kinder to queers than gays are.  I find gays are often unkind to gays.

Queer for Fear: The History of Queer Horror is now streaming on Shudder.