Interview: Patricia Clarkson, Andre Braugher and Jennifer Ehle on She Said; “It’s very hard to meet heroes and play them.” 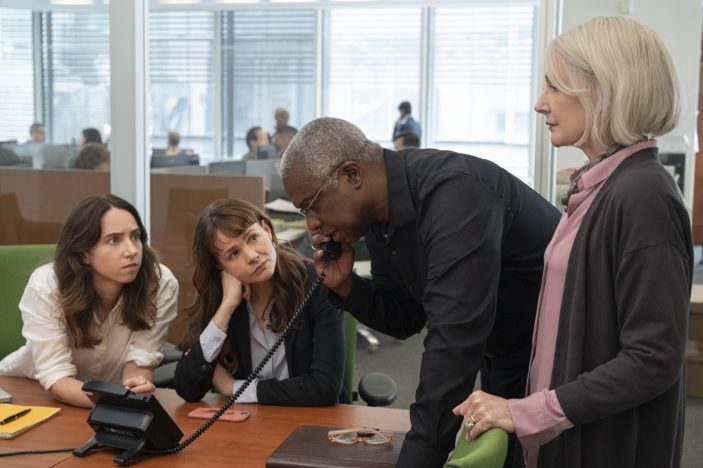 In our continued coverage for She Said, the new drama from Universal Pictures detailing New York Times reporters Megan Twohey and Jodi Kantor and their breaking of one of the most important stories of a generation, one that helped launch the #MeToo movement and shattered decades of silence around the subject of sexual assault in Hollywood, Peter Gray spoke with cast members Patricia Clarkson, Andre Braugher and Jennifer Ehle at the film’s global roundtable.

Ahead of the film’s worldwide release, Peter asked about if their performances were informed by the real-life counterparts they were portraying and their memories of the story initially breaking back in 2017.

Patricia, there’s the saying that “it always takes a village” and New York Times editor Rebecca Corbett is just as important and influential in the original article being published.  Was she someone you met with at all in order to inform your performance?

Patricia Clarkson: It’s a great question.  I specifically did not meet Rebecca Corbett because I knew of her long before this film.  It’s very hard to meet heroes and play them.  I also didn’t want to mimic her.  I didn’t want to caricaturise her in any way.  I spoke to many people about her and saw some interviews she did.  She’s such a formidable and brilliant woman and editor.  I felt I would do her an injustice if I didn’t bring the best of myself to her.  I called upon by better angels to play her and just make her a working woman, a whole woman, as opposed to this monumental figure.  I met her recently and I’m so glad I didn’t meet her before I played her.  She’s exquisite, to say the least.

And Jennifer, did you have any contact with Laura Madden knowing you’d be portraying her?

Jennifer Ehle:  I did not talk to her, and it wasn’t suggested to me.  It wasn’t a choice I had to make.  I had such respect for the choices she made and the courage she had shown, and in the script that’s so beautifully distilled.  Laura’s narrative is beautifully nuances and varied and honoured.

How was it working on a set where almost every department head was a woman?

Andre Braugher: We had an amazing cinematographer and an amazing director.  The other department heads I didn’t meet quite as often.  I will say that I admire Maria (Schrader) immensely.  I think she’s a very gifted director, a very sensitive director.  I had a really good time working with her, and would do it again at the drop of a hat.  The film is beautiful.  It’s exquisitely shot.  I would have to say this is another example in which women are demonstrating that their competence is superb, and that more opportunities ought to be afforded to talented directors and craftsmen.

Patricia Clarkson: It was fabulous to be on (this) set.  I’m going to reflect back on the very first movie set I was ever on, (which) was The Untouchables in 1985.  There was not a single woman on the set, except me playing Catherine Ness.  Even my make-up artist was a man.  To be on this set with all these capable, competent, remarkable women every day to shoot this powerful, important story was wonderful.  It was wonderful. 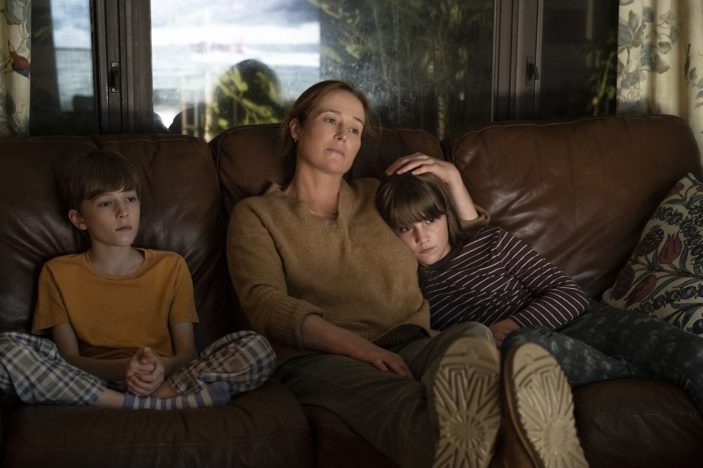 Can you recall the moment this story actually broke?  Did you ever consider it was going to be the start of such an effect?

Patricia Clarkson:  Oh, I remember when the story broke.  I have worked with Harvey on several occasions, and knew him and had been bullied by him.  Fortunately, I was not sexually abused by him, but I was bulled by him, so to see the takedown of a man of such immense power, immense money, and the hold that he had on our industry was unmatched.  We got to the top and the biggest man fell and all of his minions fell with (him).  I have four older sisters.  I have a mother who ran a city.  I have powerful women in my life.  And I remember all of my friends were like “Is this the end of this tyranny?”  I was ever hopeful that justice would be served.  And it has been.  I look around at all of us telling this incredible story as he sits in jail.  As he should be.

Jennifer Ehle: I think, like everybody, it was an extraordinary moment, wasn’t it? To have something revealed with just the magnitude of it, and to know that you’re just seeing the tip of the iceberg.  And not just in this industry, but in all walks of life.  Anywhere where this is a discrepancy of power in the workplace, or even out of the workplace, whatever combination of genders where people are isolated and there’s possibility of abuse, it’s wonderful that we’re able to have a dialogue about this and make change because of the courage of these women and these journalists.  I think we have a long way to go, but I’m grateful to them that we’ve begun.

On that topic, with the film dealing with such traumatic experiences, was there anyone or any service on set in place to help cast and crew?