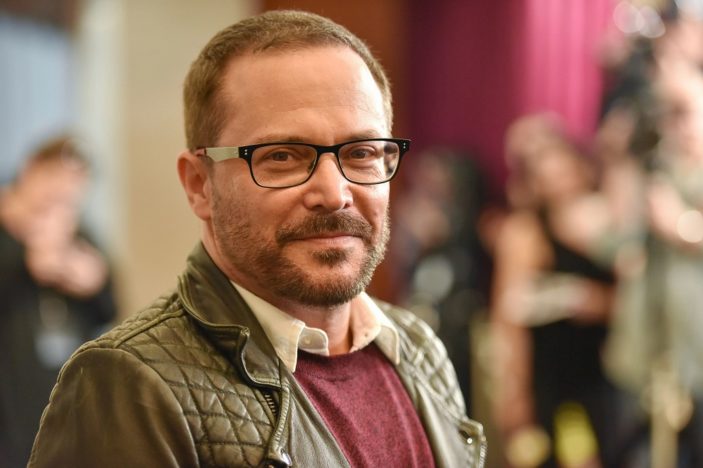 When you talk of iconic horror characters, we usually think of Halloween‘s Michael Myers, Friday the 13th‘s Jason Vorhees or Freddy Krueger from A Nightmare on Elm Street.  But what about a demented little orphan who goes by the name of Esther?

In 2009’s Orphan, Isabelle Fuhrman and director Jaume Collet-Sera created a new age genre icon in an unhinged 9-year-old who was harbouring murderous tendencies and one juicy, twisted secret that admirers of the film immediately praised and forever associate the film with.

Now, 13 years on and Esther is back in Orphan: First Kill, an equally twisted prequel that uncovers where her murderous streak began.  Ahead of the film’s release in Australian cinemas (you can read our review here), Peter Gray spoke with director William Brent Bell about taking on the prequel telling duties, working with original actress Fuhrman after over a decade away from her character, and how he knew this film’s twist had to top the original.

The first Orphan was one of those little sleeper horror films that kind of creeped up on us when it was first released.  Before getting to this sequel, what was your first introduction to Orphan?

I first saw Orphan in theatres, and then many, many times after that.  Strangely, about a year before I was approached about (First Kill) I watched it again, and I started taking all these notes in my phone, which I sometimes do when a movie really inspires me.  So, when I looked back at these notes, it was really bizarre to see them and make the movie not long after.

How did the story get going for you when it came to being officially involved?

I’m friends in different ways with (a lot) of the people involved with all the companies, so I was trying to find a way for us to work together.  They then sent me the script, and I was like “Oh, Orphan.  Amazing!” I knew it had such a great twist, and Isabelle Fuhrman is so amazing, so I was excited to read (First Kill).  But, you know, it’s got a lot to live up to.  Reading the script I was already looking for something, and then I was immediately like “This! You guys killed it!”  That first draft was amazing.  So, then I was thinking how do we cast Esther? How do we make this work? I was sceptical at first, but I was immediately excited.

I was actually lucky enough to speak to Isabelle Fuhrman last year for The Novice, and I asked her about this film and how it was done without CGI and really utilising depth perception to throw us off so she would look smaller and younger than she is.  Did it take much convincing to get her back for this?

It was the complete opposite.  I never would have wanted to try and convince her to do this.  I wouldn’t want to convince her to mess with the role that put her on the map, that made her so iconic as a child.  And I wouldn’t have wanted to put her in a position where she may have regretted trying to do something (so) crazy.  As soon as we announced the movie officially to the public, she reached out to me via Instagram, and we were friends on Instagram but we didn’t know each other (personally), and she was so excited I was doing the movie.  I told her I was (holding) a screening and that she should come.

It’s the first time I met her.  She showed up and she looked beautiful.  I was just like, “Wow!” She looked the same, just bigger, like 20% (laughs), whereas I would have looked totally different from 12 to 24 years.  She told me she was all in.  She wanted to carry the mantle of this character.  It was her character, and she wanted to keep playing it.  We had dinner the next night and just put together a game plan.  That process lasted almost a year.  It was a very arduous process with ups and downs, and there were times she was out (and) there were times she was back in.  She was the least of my problems though, as far as convincing.  Her walking around on set with, you know, three mini-mes following her could have made for an uncomfortable environment, but she was so positive and excited, and she loosened everybody up.  We (were) going to make it work. 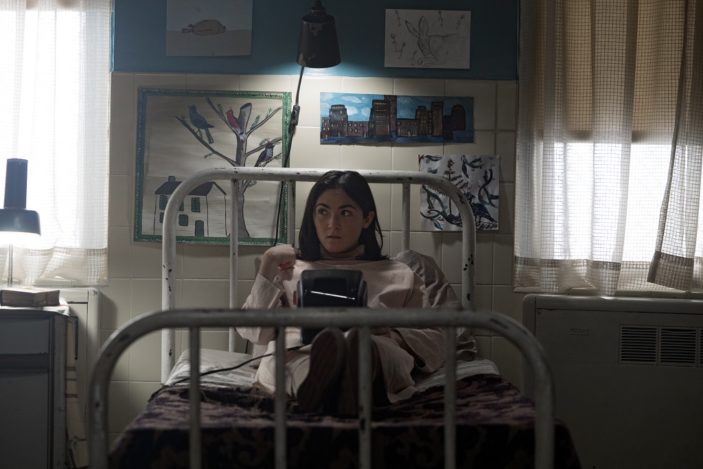 Then, not only do you have Isabelle back, but you get someone like Julia Stiles on board.  I always find there’s an odd comfort in having someone so familiar on screen because there’s a sense of feeling safe.  There’s some gravitas there, but it’s a horror film so we know we should never get attached to anyone.  How did Julia become a part of the casting conversation?

We know that the cool thing about the original is how amazing that cast was. Right? So, anytime somebody would mention an idea for a cast that didn’t live up to (Orphan‘s) level of casting, it was very easy for me to just point to that first film.  I didn’t have to convince them.  I just went from the heart.  When Julia’s name came up, we Zoomed immediately, and she was amazing.  She was so just down for everything.  I was, at first, very worried, because she’s such a good actress, such a serious actress.

She didn’t even know that Isabelle was playing (Esther) when she signed on, because we hadn’t announced that yet, and they told me I had to call Julia and tell her.  She could have reacted, like, “How are you going to this?” But she just knew it was the only way to do it.  She didn’t know how she would play her scenes against a child, so she was so down in every way.

Obviously we know that so many horror films live or die off their twists.  Orphan had that twist.  And without giving anything away, this film was absolutely wild in its decision to go in this direction.  When you’re reading David Coggeshall’s script, are you thinking “Oh, I have to make this now!”?

That’s almost exactly what I said to Alex Mace (who co-wrote the original story).  I knew there was going to be a twist.  They didn’t tell me what it was, so I was looking for it, but I also got lost in the story, (so) when it happened, I was like “Oh, these motherfuckers did it like that!” I wasn’t expecting (it) and I was all in.  I picked up the phone and e-mailed my producing partner, and everybody just thought (the script) was fantastic and how incredible a job had been done.  It’s so fresh and so different. 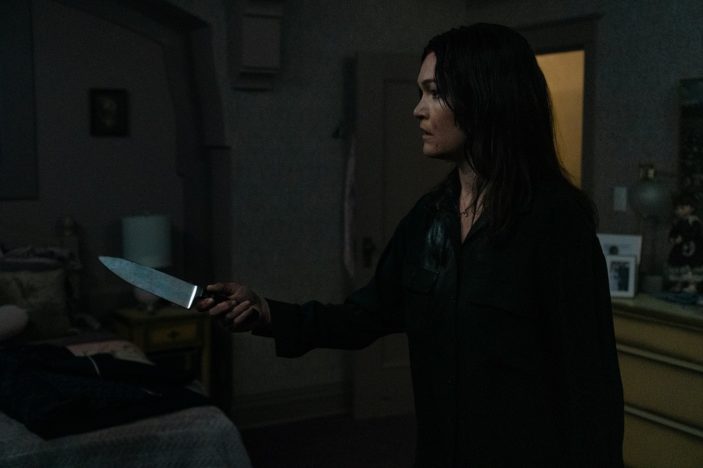 Is it reading scripts like Orphan: First Kill that keep you coming back to the horror genre?

Yeah, you just don’t read scripts like this very often.  The Boy was like that, right? I read that and kept wondering where it was going to go.  Then it went there and I thought how great that was.  It’s also the fans.  Even though horror fans are the most brutal to me, it’s the same thing as the excitement of making the Isabelle thing work in this film.  I would have been very bored just doing a movie with a little girl.

Your mention of The Boy really got me thinking of how much that imagery of his head moving slowly out of the painting is something that sticks in my own memory.  Are there any horror twists for you that stand out as a favourite of the films you’ve seen?

I would say a movie called The Other.  Not The Others.  The Other from, like, 1972.  It was about two nine-year-old twins.  One’s good and one’s bad.  If you don’t know this movie, you gotta watch it! I don’t even want to tell you what happens.  But there’s this twist.  And it’s not just that it’s a great twist, it’s the way it’s done is just so spine-tingling.  Even now just thinking about it.  That was probably the one that stuck with me.

And with First Kill being a prequel, would there be any classic horror property you’d take on to make a prequel to?

Oh, that’s a good question.  Honestly, probably not (laughs).  I’d maybe scratch my head a bit more about a remake, but it’s all so tricky.  I love the fact that, you know, Michael Myers and Jason Vorhees, all these characters, can live on over the course of many, many movies in any number of ways.  I would be wary to be one of those (directors) making those (movies) in fear of really messing it up.  Unless you’re going back to the original and capturing that (feeling), like the new Halloween did.  It would be a daunting task.  I would make sure to steer clear of my favourites.