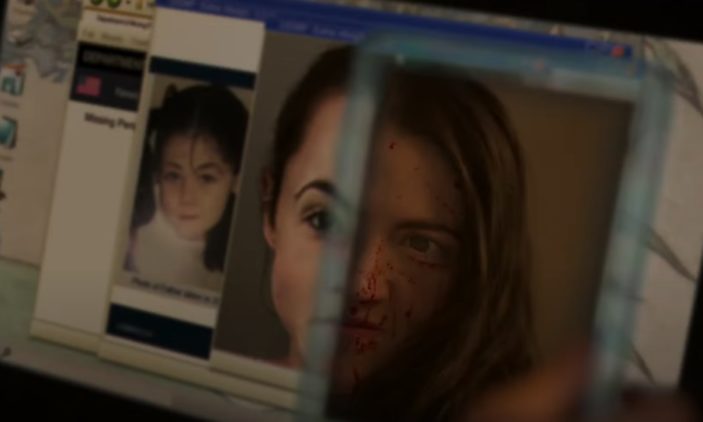 Of all the unexpected horror sequels to come to fruition, Orphan: First Kill would be up there as one of the more unlikely titles.  Yes, it’s a prequel, first and foremost, but original star Isabelle Fuhrman is back in the unsettling role of Estonian psychopath Esther that birthed her career in 2009’s Orphan.  Why this is such an accomplishment is that Fuhrman was around 10 years of age for that film, so reprising a role in a story set prior as a now-25-year-old isn’t without its questions and challenges.

Hats off to Fuhrman and director William Brent Bell (a horror familiar, having helmed such titles as The Devil Inside, The Boy, and its sequel, Brahms) then for reinvigorating the young Esther, utilising camera trickery and some delicious genre belief suspension to fulfil the necessary actions in making us believe she’s still an unassuming 9-year-old.

If you haven’t seen the first film (for shame!) then the big glorious hook that First Kill expects you to know may lose some of its impact.  Of course, the plot twist that defined the original film means this prequel has some work cut out for it.  How exactly do you top that? A valid question that Brent Bell and screenwriter David Coggeshall answer with vigour, so much so, in fact, that once First Kill reveals its midpoint shift, it adopts a campy, blackly humorous temperament that it then runs with towards its bloody finale.

Up to that point though, much of First Kill plays as if it’s comfortable with an audience asking if its existence is justified.  A prologue set in 2007 lets us in on Esther’s whereabouts, slinking around a mental hospital as her original moniker, Leena Klammer.  After proving her status as the institute’s most violent patient, she legs it in an escape and assumes the identity of the aforementioned Esther, the young, supposedly missing daughter of well-to-do American couple, Tricia and Allen Albright (Julia Stiles and Rossif Sutherland).

“Reunited” with her family, which also includes their oddly cold son, Gunnar Albright (Matthew Finlan), First Kill doesn’t stray too far from the original film’s narrative, in that the young Esther has a helluva time twisting and manipulating her surroundings, firing off at mummy dearest Tricia and feeling a little too much for daddy Allen; this plot device bringing to mind Peter Sarsgaard’s unfortunate involvement in the original Orphan.

Just as this film’s copy-and-paste mentality starts to wear thin and massive unanswered questions surrounding the family’s reaction to Esther begin pestering us as an audience, the aforementioned campy shift rears its head and jolts First Kill into territory we are unprepared for.  It doubles down on the lunacy and guilty pleasurable personality it adopts, simultaneously allowing both Fuhrman and Stiles to sink their teeth into wild material that’s entertainingly nutty – to say the least.

Though it is commendable as to how far the First Kill crew have gone in shading Fuhrman throughout, she isn’t always believable as a 9-year-old, but, much like the back-end of proceedings, it’s easy to accept such when it commits to a zany-enough premise.  Whilst in comparison it makes the original look like Oscar material – though I stand by my opinion that Vera Farmiga’s performance in that film is award-worthy – First Kill manages to have more fun with its premise.  It’s not subtle in any manner, and its first half can prove a little taxing as it cycles through a rinse-and-repeat grind, but with Fuhrman entirely owning Esther’s unhinged personality, Stiles leaning hard into the frenzy of the genre, and an off-the-wall climax that chews its own scenery, Orphan: First Kill is a crazed thriller that refuses to apologise for its lack of tact.