Interview: Manuel Garcia-Rulfo on being recommended by Tom Hanks for A Man Called Otto and finally playing a nice guy on screen 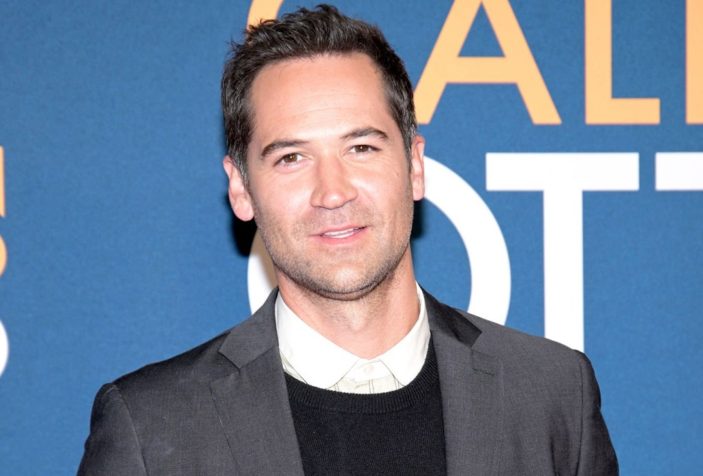 As the lead in Netflix’s The Lincoln Lawyer and flexing a more intimidating muscle on screen in films such as The Magnificent Seven, Sicario: Day of the Soldado, and Sweet Girl, it’s a welcome change when Manuel Garcia-Rulfo arrives in A Man Called Otto, beaming an infectious smile and displaying effortless charm.

Said smile and charm were on full display when Peter Gray spoke with the actor about his latest film – an adaptation of the New York Times bestseller “A Man Called Ove” – and how it felt to be personally recommended for the role by Tom Hanks.

I was going to ask you how it was to work with a legend like Tom Hanks, but you’ve already worked with him.  So, how does it feel to know he personally recommended you for this role?

I feel very proud.  Of course, it felt good.  When you hear that your name is being put out there for this role, you’re like “Holy shit!” I don’t care what it is.  If Tom invites you, you’re in.  He’s everything.  And not just as an actor, but as a person, as a human being.  His professionalism.  I was just really excited that, first of all, he remembered me.  And then he invited me? Yes, of course, excited.

This is a departure for you, in terms of your on-screen personas.  It must be a welcome change to play someone like Tommy.  It’s got to be said, he’s just the nicest guy.  How was that to project that on screen?

He is the nicest man.  By the end of it I had fallen in love with him.  I learn something from every character I play, and I learned something from Tommy.  I took that he doesn’t judge and he just sees the best in people.  Even if it’s the tiniest thing, he’ll hang on to that.  Tommy will have Otto insulting him and telling him he doesn’t know anything, but Tommy just thinks he’s a nice guy.  Tommy led me to this quality that I think everybody could learn from.  To see the good, even if it’s the smallest thing, to see the good in people.  He was a fun character to play.  Very different from the characters that I played before.  It was very challenging for me, because he’s the comedy in the story, and for me to play comedy has always been something I’ve been insecure about.  Especially in American comedy where the timing is very important.  But I had a blast.

So, you would say Tommy handles Otto better than Manuel would handle Otto?

Oh, yes.  Definitely.  I love grumpy people (though).  I don’t know what it is, but I find something very amusing about grumpy people.  If I had an Otto I think I would becomes friends with him and every time he was grump I would just laugh.

This really was a lovely little surprise of a movie, and for a smaller story like this to be seen in theatres is really exciting.  And, you personally, having seen you in so many roles, it’s great to see this other side of you.  You should be nicer more often on screen, it really suits you.

(Laughs) Thanks, man.  I think the same.  I’m really happy it’s going into the movies.  Like you say, these kind of films don’t get made anymore.  They don’t make it into the cinemas anymore, and I think this will really be something people are going to connect with.  I’m really happy.

A Man Called Otto is screening in Australian theatres from New Year’s Day, January 1st, 2023.  It will be theatrically released in the United States in select locations from December 30th, 2022, before expanding wider on January 13th, 2023.