Interview: Luca Guadagnino on new romantic horror film Bones and All; “We wanted to underline the idea of the love story.” 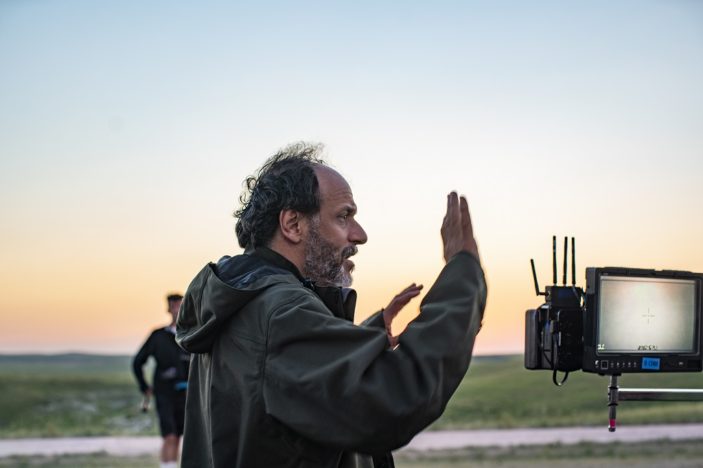 Bones and All is a story of first love between Maren (Taylor Russell), a young woman learning how to survive on the margins of society, and Lee (Timothée Chalamet), an intense and disenfranchised drifter… as they meet and join together for a thousand-mile odyssey which takes them through the back roads, hidden passages and trap doors of Ronald Reagan’s America. But despite their best efforts, all roads lead back to their terrifying pasts and to a final stand that will determine whether their love can survive their otherness.

A road romance like no other, recent Silver Lion winner for Best Director at the Venice Film Festival, Luca Guadagnino merges his sensibilities as both a love storyteller and a horror auteur for Bones and All.  As the film sets its release across the globe this week, Peter Gray spoke with the filmmaker about his specific casting choices and navigating the story’s unique tone.

Bones and All is really one of those films that entirely surprises and shocks, and benefits from knowing nothing about the story going in.  Before coming onto this project, was the original Camille DeAngelis’s novel one that you were familiar with?

No, no.  The project came to me as a script, and then it was developed by David Kajganich and producer Theresa Park from Camille’s novel for another (original) director.  That version didn’t move forward, so I was approached by Dave, who I’ve been working with for a long time now, and he gave me the script…

You’ve worked with Timothée Chalamet before.  Was he always who you envisioned for the role of Lee?

When I read the script…and Lee doesn’t appear until page 45, when reading the script and realising the story and the character, I felt immediately that I wanted Timothée to play that role.

One of the things I really appreciated about this film was the world building.  These rules were set up very early and very easily  With that, you have Mark Rylance in a role I don’t think anyone would be expecting.  Was he someone you immediately thought of for that character?

I think of Mark Rylance every day of my life.  He’s one of the greatest actors alive, and I’ve been admiring his art since I saw him in Patrice Chéreau’s Intimacy.  It’s been a long, long time (that) I wanted to work with him.  I don’t think in the box.  I think out of the box.  I don’t want people to be doing what they’ve already done.  I want people to do what they have not yet done.  I want people to have fun.  So I thought of him and that it could be very fun and enjoyable for him to do it.  And for me to see him doing it.  He was quite responsive about this character (too).

This was the first time you filmed in the United States.  Where was there anything specific behind that decision?

Well, it wasn’t a decision I took beyond the fact that the script was set in America.  It was a road movie set in the Midwest (and) because I loved the script, the opportunity showed itself up to me to start shooting a movie in America for the first time through this story.

The horror and the humour is well balanced here, as is the horror and the romance of the narrative.  In the original script, was one ingredient more prevalent than the other?  Was there any difficulty in finding the tone?

I think that what we wanted to do after I read the script was to underline, with very great emphasis, the idea of the love story.  Even though these were people who are doing and being driven by horrific conditions, I wanted at the same time (to) embrace their fragilities.  To see them through their quest for love and to live without the burden that they are made of. 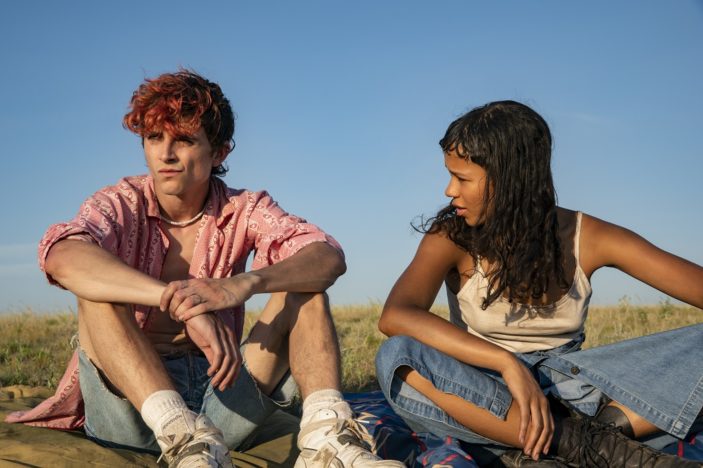 Did you prescribe any reading materials or films to watch for the cast in the lead-up?

I think I gave Taylor (Russell) and Timothée Agnes Varda’s Vagabond (to watch), A Man Escaped by Robert Bresson, and Jeanne Dielman by Chantal Akerman.  Movies about alone people.

On the mention of Taylor Russell, she’s so phenomenal in this.  I’m hoping this film will finally get her the notice she deserves.

Yeah, I saw her in Waves.  Loved her in that.  I started to ruminate on the script after I read it.  After a few weeks I felt like “Oh, I know, (Maren) should be played by Taylor Russell from Waves.” Then I called her and spoke to her, and I found her to be very fascinating.  She’s very strong, and at the same time, very able to encompass the youth.  After that I gave her the role.

I spoke to Tilda Swinton at the Toronto International Film Festival a few months ago, and I mentioned to her how incredible she was in Suspiria, and how that film, in general, was one of the greats of its year.  It got me thinking about the horror side of Bones and All and the gore quota.  Was there anything filmed that we don’t see in the final cut? Was there any scaling back?

Usually there should always be more.  Then you shape the movie in a way that has the right balance.  Sure, we have some stuff that we didn’t put into the final cut, but not because of anything (specific), just because we were really looking to get the best balance out of everything we had.

And, before I go, this may be me reading too much into certain narratives of the film, but has anyone ever mentioned to you about the possibility of Mark Rylance’s character being a figment of Lee’s imagination? The way they seemed tethered to each other in their final moments…or am I completely alone in this?

That’s interesting.  I never thought about it like that.  That’s the first time I’m hearing about it, and I think that’s fascinating.  Thank you for coming with this concept.  It’s not one I had ever thought about.

Bones and All is screening in Australian theatres from November 24th, 2022.