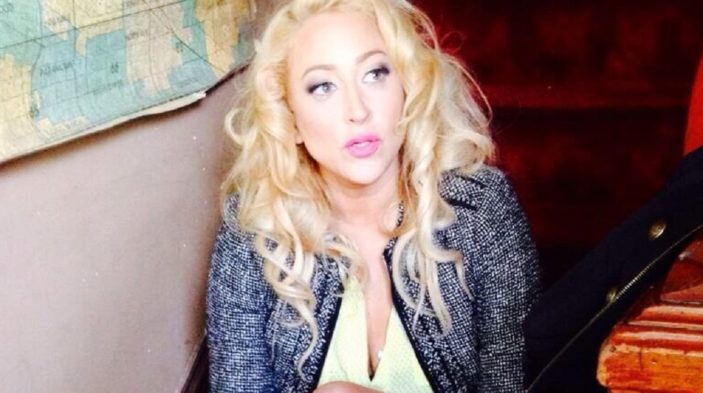 Though she was born in New York, was on the Broadway stage by age 13, and working in Hollywood only years later, securing roles opposite such talent as Matthew Fox (1994’s Party of Five), Jared Leto (Cool and the Crazy in 1994) Shannen Doherty (1997’s Friends ‘Til The End), and Jessica Alba (in James Cameron’s 2000 series Dark Angel), Jennifer Blanc (also known as Jennifer Blanc-Biehn) is cool, collected, but ever so grateful to be a working actress.

Having called Australia home for close to half a year now, Jennifer spoke with Peter Gray ahead of the latest Supanova convention, discussing her career highlights, what she’s most known for, and finding gratitude in slowing down her career during the pandemic.

I’m of the age where I grew up with Party of Five and Dark Angel, so it’s great to be talking to you.  And, because of those shows here, it got me thinking when it comes to Supanova, which you’re here for, do you find Australian audiences recognise you from anything in particular?

I think Australian audiences are definitely very interested in what I did on The Crow.  I did all the voice-overs for the soundtrack.  But there’s definitely a Dark Angel following, as well.  Party of Five, a little less, but there are some.  And it’s interesting that I’m finding that a lot of Italians, who have transferred (to Australia), are huge fans of this movie I did called Friends ‘Til The End with Shannen Doherty.  I get that a lot.

I’m going to throw out one that I don’t know if many people will know, but you had an appearance in the movie Everly.  That movie is so underrated.  I feel like it was ahead of its time, in terms of being this very female-dominated action film.

Oh, thank you, yeah that was really fun.  We shot that in Serbia, of all places.  It was an interesting shoot, I was there for about two weeks, and working with Joe Lynch was super-cool, and Salma Hayek, of course, but the way we shot it was so cool.  The soundstage and the way they built these sets…I don’t think it got enough credit the way it should have.  Some of it was so genius, the way they were shooting.

Given that you have worked extensively across film and television throughout your career, was it a conscious effort to not pigeonhole yourself into one medium?

Not really conscious at all.  I think, at the time, you were pigeonholed into what you chose.  I grew up doing theatre in New York, and then did mainly television and a little bit of film, but now everything kind of evens out.  Back in the day when my husband (Michael Biehn)  was starting, you were really pigeonholed.  If you were on TV, you were on TV.  Now it’s so different.  There are huge stars doing shows and movies.

Is there a project of yours that stands out as one that holds a special place for you, personally?

The pilot for Dark Angel was really special.  Obviously, the people involved in that, and we just knew it was the start of something special.  Working with the writers on Party of Five (was great).  I worked with Susannah Grant, who went on to write Erin Brokovich, and I loved working on Friends ‘Til The End with Shannen (Doherty).  That was such a great experience.  I do hear a lot about It’s Always Sunny in Philadelphia, and that was, like, one episode, but I got to work with Danny DeVito, so improvising with him was super cool.  And getting to work with my husband on The Victim, which he wrote for me, was really cool. 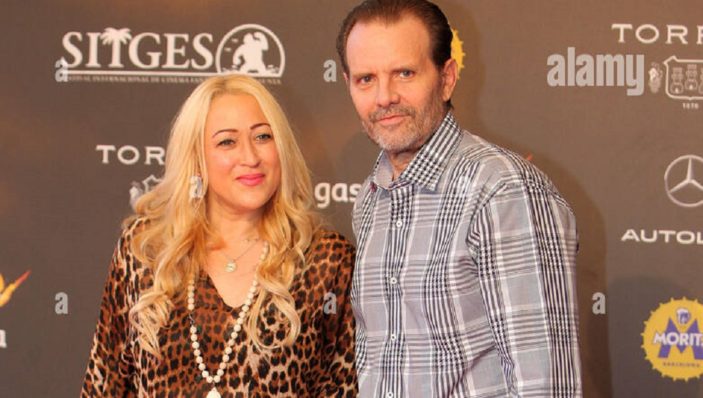 With your husband, Michael Biehn, attending screenings of Aliens and The Terminator here, are you accompanying him to those?

We incorporated me into the Aliens screening because I was filming in Sydney, and for The Terminator in Sydney I stayed for the entire Q&A, and our son got to see it.  For Brisbane and Melbourne I was in and out, but they were so rushed.  We’d be there for the meet and greets and the Q&A’s, but then by the time the screening starts we’re on a plane.  So we couldn’t really sit and enjoy it, but we’ve all seen it a few time (laughs).

With all the crazy scheduling, was there a sense of relief in that you could slow down when COVID hit because there was such uncertainty in the industry?

Oh, for sure! At first it was like the whole world was “taking a break”.  Once you got past that fear and hoping everyone was okay, because that time was very intense, but outside of that we were taking care of each other and staying in.  We could hang out, we could get to know each other, and “Oh, the government is going to help out? OK!” (laughs) but then you started getting a bit crazy cause you thought how could it possible keep going.  It was totally weird, but kinda great to take a break, but we’re ready, especially now, to get back to normalcy.  It’s been refreshing to be in another country too, here in Australia, and get back to work.

Well, yeah, there was that apocalyptic feel.  It wasn’t so much a pandemic, but the idea that an apocalypse going on and we had to hide, and you mix what’s going on with the Ukraine and the pandemic…it’s kind of a foreshadowing, for sure.  I remember thinking, when we were shooting (Dark Angel) how far away it seemed.  How far in the future it was.  And it seemed so untouchable, but it wasn’t too far away when you look at some of its ideas.

Jennifer Blacn-Biehn will be appearing as a guest at this year’s Supanova Comic Con & Gaming convention in both Brisbane (November 5th and 6th, 2022) and Adelaide (November 12th and 13th, 2022).  For more information on each event, head to the official Supanova website.