Interview: French Exit actress Danielle Macdonald on the specificity of the script and witnessing masterclass acting with Michelle Pfeiffer 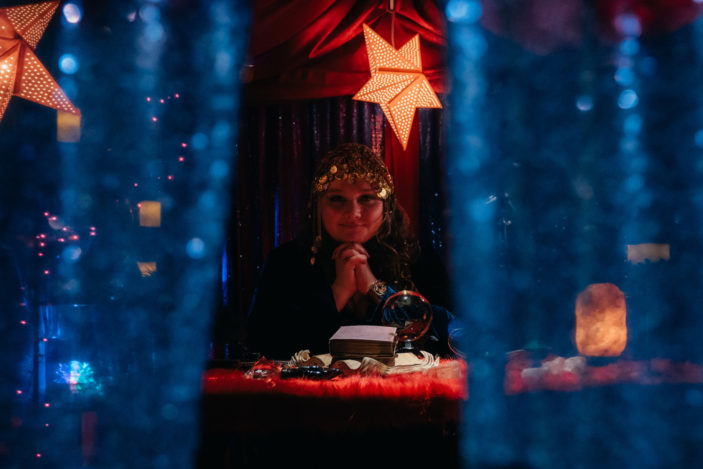 Australian actress Danielle Macdonald has wasted no time racking up an impressive resume in the near-decade she’s been working on screen.  Biding her time between acclaimed Australian dramas (I Am Woman) and Netflix successes (Dumplin’, Bird Box), the Sydney-born talent is furthering her mark in Azazel Jacobs’s surreal comedy French Exit (Read our review here).  With the film releasing in cinemas, Peter Gray chatted with the star about her comedic aspirations, how it was to work with screen legend Michelle Pfeiffer, and the one movie that changed her career trajectory.

I first saw you in an episode of 2 Broke Girls and I thought you were hilarious and I wouldn’t have been surprised if you followed a more comedic path, but your career has really been quite varied. Has that been something of a conscious effort on your part to avoid being pigeonholed into one genre?

You know what’s funny? I never used to feel that confident with comedy, so it was that exact reason I got into a comedy class.  I enjoy comedy, but I think it takes a lot of confidence to be able to do it.  2 Broke Girls was actually an incredibly exhilarating, fun experience for me.  It was the only time I’ve done a multi-camera comedy, and I was working with incredible people.  It’s like being in a play.  It was really fun, but since then I’ve just wanted to do a bit of everything.  Sounds like such a cliche answer, but a lot of my decisions have been a mix of what’s come my way and what I really, really wanted to do.

How did French Exit come about for you?

I got sent the script by my agent, and the director (Azazel Jacobs) wanted to meet with me about the role.  I had actually met him years before at the Sundance Director’s Lab where I was workshopping a film I did called Patti Cake$, and he was an advisor there, so he was there for the whole introduction of that movie, and he wanted to work with me and I wanted to work with him, so this just happened to be the right opportunity for that.

How did you react when first reading the script? This notion of a talking cat (in the most simplest of terms) could have read quite bizarre I imagine?

Yeah, it is bizarre but I think that’s what was exciting about it.  I’ve wanted to explore different characters and different genres, and this was so different from anything I had done.  It’s such a quirky, cool, dark comedy, and I had never been involved in something like that before.  And the cast list is just incredible! I really respect all the actors, the entire ensemble.

The writing is so intricate and specific.  Was there ever the opportunity for you to ad-lib or was it all quite contained?

For me, it was pretty contained.  You really described that perfectly, it is so specifically written that I didn’t want to mess with it.  We were able to play around with some moments, the in-between stuff…the director always wanted us to be around each other, even if we weren’t speaking in the scene.  Everyone really respected that, from Michelle (Pfeiffer) to Lucas (Hedges), even if you weren’t in the scene, everyone was actively standing there being a part of it.  It was really supportive, and it was in that that we got to play around a bit more. 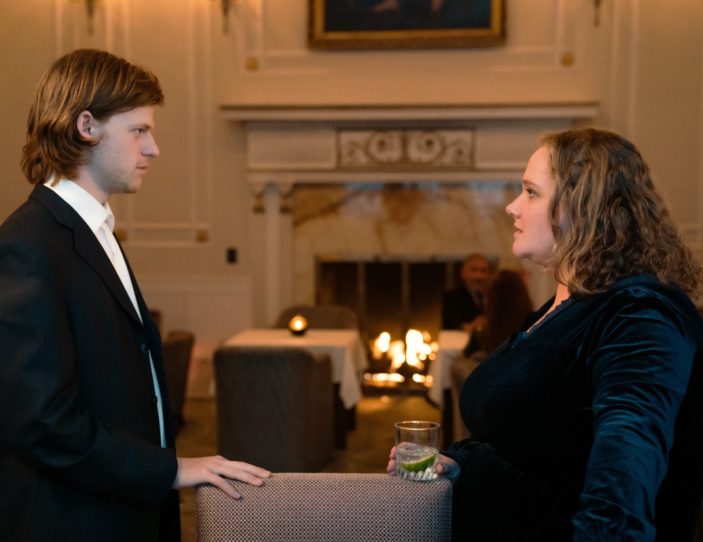 Some of the film’s best moments are when everyone has essentially congregated in the Parisian apartment, how far into production were those scenes? Had you gotten to know the cast by then?

We shot all of the apartment scenes in order.  We were on a soundstage, so we could, so all of the apartment stuff we met everyone as they arrived…that’s probably the best way to put it.  I met all the characters the same time they appear on screen, so it was a really interesting way to do it.  I loved everyone, Valerie (Mahaffey)…she is so brilliant!  Just an amazing human being too.

I’m a Michelle Pfeiffer fan, to put it lightly, and she’s commanding in this film, what was it like to work with her?  Because you have some intimate scenes with her.

I do!  She’s incredible.  I’ve gotten to work with some pretty incredible female actresses, and a lot of people ask if I learn anything from them.  The one thing that I’ve noticed they all have in common is that they’re all respectful, hard-working, talented, but also kind and open actors.  They’re people that always know what they have to do…I don’t know how to explain it other than it’s a presence they bring with them.  That is something I really respect, and Michelle was always so kind and open and ready for her work.  Getting to do that scene with her in the bathroom, where it’s just her and I, and I don’t even speak, I’m literally just sitting there watching her do this full monologue and I was just blown away.  They asked me why I was crying and it was because I was reacting to this performance! She’s incredible.  It was amazing just to witness a master class in acting right there.

I was going to ask you about that scene because it is the two of you, but there’s the voice of Tracy Letts too.  Was he there in the scene at all or were they playing his dialogue back?

He was filming in New York, I believe, at the time and he came out to Montreal where we were shooting for about 2 days.  We tried to make the schedule work around those scenes but it just didn’t end up matching up.  So for that scene, I can’t remember if they played his vocals or they had someone read them, might’ve been a mixture of the two.  But the best thing was the candle that he speaks through, they had this little air-pump that they would press to flicker for every time he spoke, and they were matching to his cadence.  It really did feel like magic.

I just have to go off topic briefly, and because you mentioned it earlier, I wanted to mention Patti Cake$.  You were phenomenal in that movie, and I remember thinking this is the birth of an amazing career for you.  Did that open up more avenues for you?

Oh yeah, that was THE film that gave me more opportunities.  Before that it had very much been auditioning and hoping you’d get it, and that element still exists, but I knew the doors I had to walk through and the limitations on them.  After Patti Cake$ it was like “Oh we’re going to completely re-write this script to fit you”, and I didn’t realise that happened.  It opened so many doors that I couldn’t fathom before.  I can’t really grasp it now, but I’m so thankful to Patti Cake$ being a project that I put my heart and soul into, and giving me the career that I have.  It’s truly amazing.

French Exit is screening in Australian theatres from March 18th, 2021