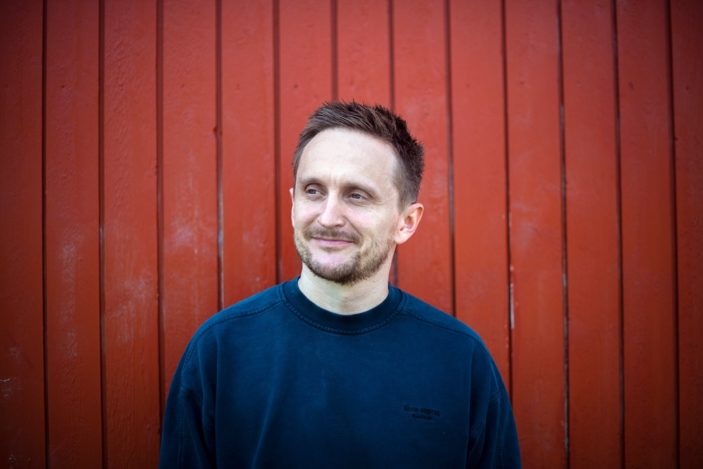 The jolly man in red is getting a violent, twisted makeover in Violent Night, and whilst it may seem like an odd premise, when you realise it comes from the brains behind Nobody, Bullet Train, and Hansel & Gretel: Witch Hunters it makes perfect sense!

As the trailer for the film arrives ahead of its planned December 1st release – what a seasonal gift for us all – Peter Gray spoke with director Tommy Wirkola about enjoying the extremities of blending genres, casting David Harbour as the killer Claus, and, of course, favourite Christmas movies.

Before I saw the trailer for Violent Night I was sold on the premise alone.  Now having seen the trailer, I am all the way in! Did it take much convincing on your end to say yes to a project like this?

No, no, it didn’t.  It was actually one of those things where the producers sent me the script, and this is rare for me to have happen, but it felt like a script I was born to make.  It had all the things I love in any project.  It had humour, it had heart, it had action, it had that extreme edge I like… mixed with a Christmas movie.  I was sold straight away.

You have a history of helming films that pride themselves in either their originality or skewering a familiar narrative with a certain freshness.  Has that been a conscious effort on your part to seek out those sort of films?

I guess yes.  I do gravitate towards things that have a certain edge.  Growing up the stuff I loved was early Sam Raimi and Peter Jackson.  I gravitated towards mixed (genres).  Like, when you can mix humour with extreme action or horror or gore…

After Hansel & Gretel (Witch Hunters) I was sent a lot of action scripts.  But, for me, there’s got to be something extra there.  Whatever that is, whether it’s the humour or the way in (to the story) or the absurdness… that’s the challenge.  And (with Violent Night) I liked that challenge of trying to do something new with Santa Claus.

Unashamed violence has always been a throughline in your films.  As you said, Sam Raimi and Peter Jackson were filmmakers you enjoyed growing up.  Is there a film from your youth that you look at as a source of inspiration?

Yeah, for sure.  Peter Jackson’s Braindead, or Dead Alive as it’s known in certain places, and the Evil Dead movies, especially Evil Dead 2.  I remember first seeing those films, and it was an eye-opener to me that you could mix humour with that type of extremeness that those movies had.  It made for such a fascinating combination.  I remember truly, truly loving it.

Do you find humour comes quite naturally to you?

I think the humour is where it all kind of connects with me.  Even in my most serious film, What Happened to Monday?, I always try to inject humour there.  In (Violent Night) when I got the script it had all that stuff already there, and I think the writers (Pat Casey and Josh Miller) share a lot of the same sensibilities as I do.  They tried to honour the films that I loved growing up, but also putting their own spin on it.

The first thing I said when I met the writers, the producers and the studio (of Violent Night) was, despite all this (violence) I really want it to feel like a Christmas movie.  I want people to leave the theatre still having that feeling.  So that’s something I hoped to accomplish.

With trailers there’s always a lot of people complaining about there being “too much revealed”.  There’s obviously a lot in this trailer to get us excited, but I’m assuming there’s many more set-pieces we haven’t been exposed to?

(Laughs) Yes, there’s quite a few things that aren’t in there.  There’s a lot of special moments I didn’t want to have spoiled.  And Universal agreed that there were moments we wanted everyone to experience for the first time in the theatres.

David Harbour seems so perfect for this role too.  Was he already attached when you came on board? Or did you have some influence in that casting?

There was nobody attached when they sent me the script.  He was the first name that came up, and everyone got excited about that.  I can’t remember who brought him up but it was one of those moments where you go (snaps fingers) “Of course! That makes so much sense!”  It really is an iconic performance from him.  As you’ll see when you see the film that his Santa is a complicated person.  He’s having a confidence crisis with himself and with Christmas and consumerism, and this journey is him reigniting his love for Christmas and why he did it in the first place.  Of course he has a dark past (too), so it was a lot for him to tap into.  Harbour really nailed it.  I think people will be surprised when they see it. 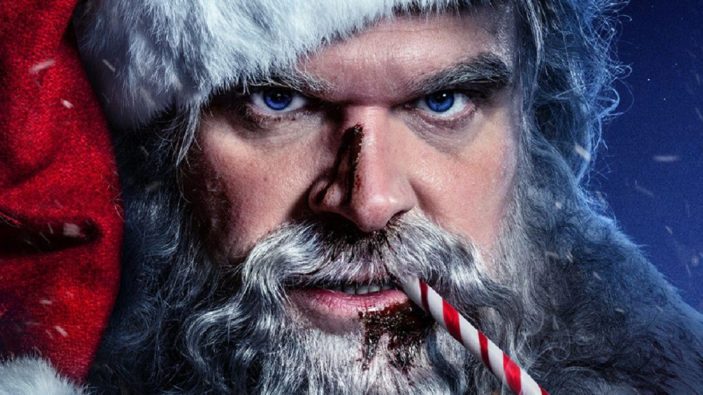 I’m just hoping it expresses that naughty people will actually get what’s coming to them! The trailer shows the Naughty & Nice List, so it’s a good indication that being nice prevails.

(Laughs) The Christmas motif at the heart of this movie is a lot about that.  About what it is to be nice.  And Santa is in a complicated place when we meet him, but on this crazy journey with this little girl that he meets and helps he really finds his groove again.

With any luck Violent Night will join the ranks of non-traditional holiday viewings alongside Krampus and Black Christmas.  Are there any films that you view annually during the Christmas period?

Growing up in Norway there was always certain films that would play on television that I still watch to this day.  A lot of Disney cartoons and animated movies, but the one movie that I watch every year is Christmas Vacation, and, ironically, we have Beverly D’Angelo in our film.  (Her casting) was a great way to pay tribute to that film.  I love that film.  I actually think it’s the best Vacation movie.  That and Die Hard, but I can watch that any time, it doesn’t have to be at Christmas.

We’re seeing so many films now find this new life on streaming services, and I can imagine films of yours, like Dead Snow or Hansel & Gretel, may be “discovered”.  Are you seeing any renewed interest in your previous films through this streaming ability?

The Dead Snow movies, especially.  The horror community is so loyal and when they love something they truly love it.  I subscribe to a lot of horror websites and I always see Dead Snow mentioned in a positive space.  I’m very proud to be within that type of company.  What Happened to Monday? was bought by Netflix after we made it and that movie is still so popular on Netflix, so you certainly notice it.  If you’re able to hit something it’s possible to see it have a long life.

Violent Night is scheduled for release in Australian theatres on December 1st, 2022