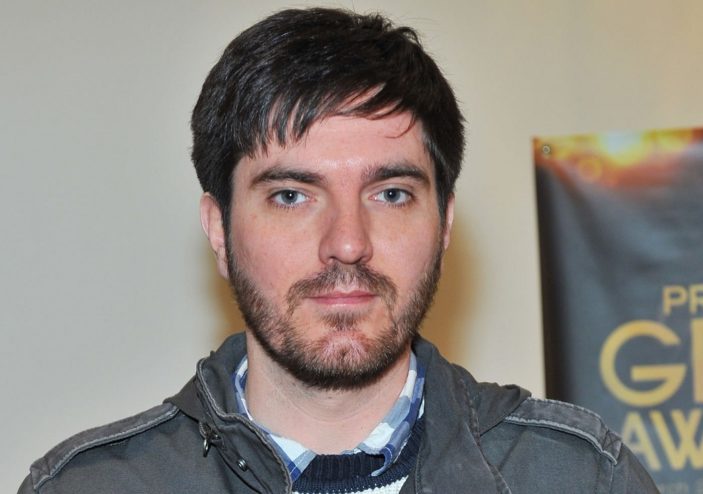 When people look at films that are super beloved and then hear stories about the difficulties or tragedies that happen on set, they then go onto describe that production as “cursed”.  After exploring such controversial productions as Twilight Zone: The Movie and Poltergeist during its first season, Cursed Films II explores a further quintet of filmmaking experiences that have long been riddled with troublesome tales.

To coincide with the first episode releasing on horror streaming service Shudder, our Peter Gray spoke with Cursed Films director and showrunner Jay Cheel about the specificity of choosing titles, if there’s ever any trepidation in interviewing those that were on set, and which of this series’ films he was most excited about investigating.

Congratulations on the first Cursed Films series.  I am a movie fan.  I’m a horror fan.  And I love learning all about production histories and the urban legends that have long followed certain films.  How did Cursed Films come about for you?  And are you specifically choosing the films or is it a collaborative process?

It is a collaborative process in terms of choosing the films, but there are films that are obviously of interest to us.  The choice of the films? I usually bring a list with me that I think will be interesting.  There’s the decision based on the title and the collection of stories connected to it, but also the potential of who we can contact and what kind of weird little corners we can explore of things people haven’t heard about.  There’s a lot of things to consider.  I’m also a big film fan (so) it’s just as exciting to look at these five films and talk to people who have worked on these films.  Sometimes there some of my favourite films and some of my favourite people.

Was there anything about that first series of films that genuinely surprised you or unnerved you at all?

In terms of unnerved, nothing supernatural, really.  Although, I will say, since season one came out, there’s seemingly been disaster after disaster.  Both things in the world and within the Cursed team.  I wasn’t unnerved except for hearing a direct story of what happened on the set of The Twilight Zone.  That was probably the most unnerved I was, and it was just purely because of how horrendous that sounded.  Other than that, I am a sceptic for the most part (laughs) but I did try to keep an open mind.

I think, if anything, it was about looking for patterns and magical thinking and coincidence.  Everything surrounding these films, and that might explain why some people are drawn to these stories, I think you could just as easily look at the production of our first and second season and draw similar conclusions and make similar connections.  I think it proved that if you make something long enough… these two series were over 4 years.  I lost my dad 2 months before the (first) season premiered, and, of course, you think “that’s odd”, and then COVID hit.  So, it’s weird but I don’t think it’s anything other than coincidence.

For this new season I was excited to watch the episode about The Wizard of Oz.  That’s long been something discussed.  I only recently learned about Buddy Ebsen’s health woes on set, but the munchkin hanging themselves has followed the film for a long time.  When you’re investigating these stories are you ever worried that you’ll debunk a legend or prove that it’s true?

I’m not worried about that.  I always look at it as the show itself isn’t claiming anything is or isn’t cursed.  The show is about what movies people think are cursed, and we’re talking to those people.  So whatever someone might think about whatever story we’re covering, that’s that person’s perspective.  And, more often than not, we have a counter-perspective to that.  Sometimes there’s just weird stuff that happens, and it’s unexplainable, and you just kind of chalk it up to coincidence, but I think I just allow these subjects to dictate the tone and approach to these stories.  In this season we start with Wizard of Oz and end with Cannibal Holocaust, so, obviously, those two episodes, tonally, will feel very different (laughs).  There is crossover in weird ways to some of the subject matter, but someone talking about the making of Cannibal Holocaust in a way that is more blunt and abrasive will dictate the tone of that episode versus someone talking about the legacy of Oz and how it was this magical film.  The episodes really are informed by the subjects.

Was there a particular film that you were most excited to delve into for this new series?

Stalker, from 1980, is one.  Stalker is kind of our odd-man-out episode because it’s this Russian art film that has science-fiction elements.  I think many people watching the show may not have seen (it) but the stories connected to it are really interesting, (and) the film itself is one of my favourites.  We got to talk to some great people (through that) and we went to Chernobyl for that episode which was an amazing experience.  Also, Rosemary’s Baby.  (That’s) so connected to ’68/’69 Los Angeles and all of the baggage that comes with that and the Manson Murders.  It made me feel like I had the chance to do an episode that’s very kinetic and very poppy, but also dark in where it ends up going.  All of the films really, I like to a degree (laughs).  Cannibal Holocaust? I appreciate.

The Rosemary’s Baby episode is one that terrified me, mainly because of what it is connected to.  I can only imagine interviewing people about that film would be quite daunting.  You have Satanists and an actress that shot her husband.  Are you ever scared interviewing these people?

No, I’m excited to talk to these people.  I don’t think we’ve interviewed anyone that hasn’t been really great or unkind with their time.  We filmed this season during COVID, so that added a lot of challenges, and not only that but this is a more international season.  We went to Ukraine, we went to Estonia, we went to Italy for Cannibal Holocaust.  We were travelling during this period where it was logistically challenging and asking people to allow us to sit with them, whether it was in their homes with all of the correct protection we needed to accomplish that or in their backyards, wherever it may be.  They were all really kind with their time and willingness to share their stories.  It’s probably my favourite part of the show.

As you said this was made during COVID.  Did you have any back-up films in case talking to certain people was disrupted by the travel aspect?  Or was it always going to be the selected films regardless?

We didn’t have back-up films.  There’s some filming we did remotely.  There were a couple of people that we interviewed in the UK that we couldn’t get to, so we had a crew film for us, and COVID kind of forced this ability to do things remotely, we had a direct feed of the camera and the audio, and I was sitting on the screen with the subject in a connected, yet disconnected sort-of way.  We had a crew in Haiti too for The Serpent and the Rainbow.  It would have gone down that path (for all films) if we had to, but thankfully we didn’t have to.  We didn’t want to have any Zoom interviews in the show and have it feel like “Oh, this is a pandemic show.”

Was there a film for you that started your interest in myths and urban legends around productions?

I mean, Apocalypse Now.  Hearts of Darkness: A Filmmaker’s Apocalypse is a big one, in terms of the documentation of a challenging film shoot.  In terms of urban legends, I always remember in grade school being shown Three Men and a Baby, with the supposed ghost kid behind the curtain (laughs).  So, that was probably one of the first.  And that, like Oz, is one that the subject matter is not supernatural, so that made it even weirder to a degree.  And then something like The Crow was a formative film as a teenager, but also everything surrounding that film was probably the first one that felt like “Oh, there’s weird energy around this production.”