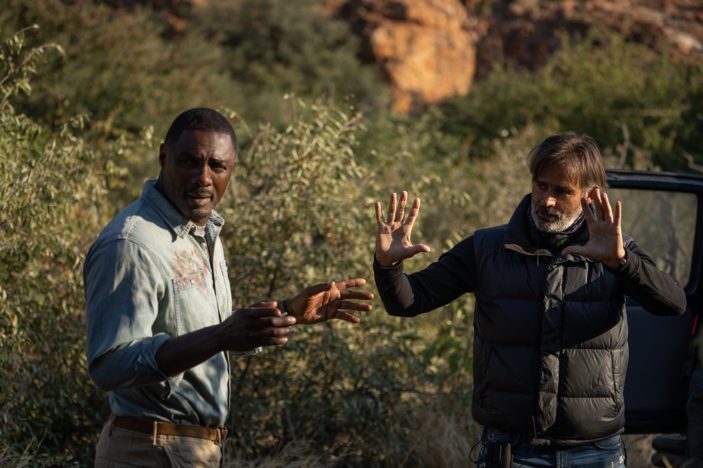 From the endangerment of Mark Wahlberg’s family in Contraband to the singular distress of Shailene Woodley’s nautical nightmare in Adrift, Baltasar Kormákur is a director no stranger to the utilisation of squeezing the most out of his genre films and placing his players in grave danger.

For his latest effort, the Icelandic filmmaker is heading deep into the jungle and orchestrating his most suspenseful setting yet in Beast; a wild lion stalking a visiting family in the African jungle.  To coincide with the first-look release of the film’s trailer, Peter Gray spoke with the director about the challenges of the shoot, working with the “hulk of a man” that is Idris Elba, and why he gravitates towards such extreme situations in his films.

I’m seeing action, stalking animals, and Idris Elba.  I really don’t need anything else from this film! It would seem like a great deal of your films utilise these very extreme situations.  What is it about that particular mentality that speaks to you?

I’ve been surrounded by animals all my life.  Both domestic and more dangerous.  There’s something about that animalistic behaviour that’s essentialistic and that lives inside of us.  Then there’s this whole thing about surviving, and it’s not unlike (you) in Australia, where it can be quite rough and raw out there.  I enjoy that.  I love making films that have a very specific setting.  When (Beast) came my way, I didn’t really know, to be honest, that I’d be drawn to it.  I’ve been offered these types of movies (before), like The Meg, but this felt real to me.  I didn’t want to make it an over-sized lion.  We wanted to make it feel as real as possible.

Also, having Idris is another real (benefit) because, I think, he has a lot of gravitas as an actor, and, in my opinion, he’s one of the best actors who has that (quality) of a “star”, and that doesn’t always go together.  It was all these elements coming together.  And then when I told my mother that I was going to shoot this movie in Africa, she brought out all these clippings from when I was a child of lions from Africa, and I had kind of forgotten that.  I had been cutting out little pictures of lions and putting them in a book.  So these things live inside of you and you don’t know why there’s such a draw to you.

With the previous films you’ve done, and I’m thinking of Everest specifically, that could have so easily been an action-driven film and you made it more an emotional, dramatic tale.  When Beast came about, did you know it was going to be as emotional as it is action centric? How do you find the balance?

Because Everest was based on a true story I didn’t want to make anything except the truest version of what I could come up with in that case.  I wasn’t going for an action, Cliffhanger-type movie, because that would be just silly.  The true DNA of Beast is action.  Well, it’s suspense rather than action.  But because of who I am and how I function, I wanted to go out and strengthen the father’s story.  For me, the beast is a metaphor for something we have to overcome in life and fighting towards that.  That doesn’t mean the beast isn’t real and isn’t coming at you.  It’s just asking “What does it mean?” and why is it happening in this time of his life.

It starts with the family and how they’ve lost their mother, so (Idris) is taking (his daughters) on this journey to their home village in Africa.  A journey their mother had set up for them.  It’s a family that isn’t truly together, and it’s a journey towards that.  I think you always try to find the truth in every bit of material you’re faced with.  At the same time it’s a fun ride, it’s suspenseful, and I enjoy taking on the challenges of different genres.  My first film was a black comedy.  I did a drama after that.  I’ve always been labelled “Oh, he’s the new Almodóvar, or he’s the new Ingmar Bergman”, and I can be that, but I’m just on this journey.

You’re filming on location in South Africa.  Not only that, you’re filming during a pandemic.  How challenging was that?

It was a huge challenge.  But, at the same time, I celebrate challenges.  Before this I was shooting a Netflix series in Iceland and it was right in the middle of (the pandemic), and it kind of worked out for the best because it got rid of all the tourists (laughs).  For the people wanting to go to South Africa, no one (on my team) was going to go unless they were fully engaged in (this film).  The South African crew were fantastic (too).  When we were first discussing the film, there was mention of shooting in Atlanta or in a studio, and I knew that if we were doing this, it had to be in Africa.  That was a huge challenge.  Africa is 2/3rds the size of the US, and we were scouting every part of the country.  It was like scouting from Chicago to Los Angeles.  But, at the same time, it was an incredible opportunity to spend 6 months there.

In wanting to make the creature itself as real as possible, how much is CGI and how much is practical animatronics?

Everything is practical when you’re shooting.  You put yourself in the situation where either you get the lion right or it’ll stick out like a sore thumb, you know.  We’re not allowed to use lions, in reality.  We shot in the most exotic locations in difficult environments, so all the elements are there and you make it work.  It gives you a frame that you better get it right. 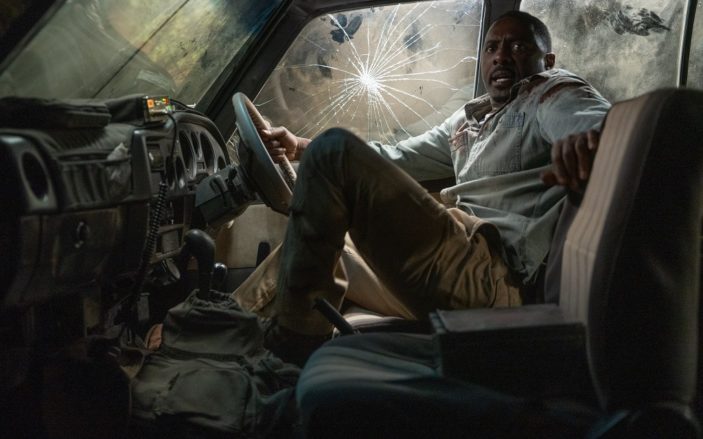 You have a knack for working with established actors, and you mentioned Idris before, how was he to work with? And were you attached to this already when he came on board, or he was involved and then it was brought to you?

I can’t quite remember the exact order of things but Idris and I had been talking about working together.  It was a continuity of that.  When (Beast) came up Idris was loosely attached.  For me, (Idris) was as big as a draw as the lion was.  He was someone I really wanted to work with, so it was easy for me.   Working with him…he’s one of the best actors out there.  And it’s not just blowing smoke, it’s really my honest opinion.  He shows that in the earlier scenes.  They’re more subtle and emotional, so you get to see his feelings.  And then, of course, when it comes to fighting a lion he has that power, that believability of someone who could take something on like that.  He is a hulk of a man.  But he’s a really fine actor as well.  It’s a rare combination.  I can only say great things about him.  He’s a “movie star”, but a wonderful guy.  We’re talking about doing more stuff together.

Is there anybody you haven’t worked with yet that you’d like to put in a dangerous situation?

And it’s so great that we seem to be back in this era of films going to the theatres.  When Beast was being discussed, was it always something for you for this to go into cinema over streaming?

Yeah, absolutely.  That was one of the reasons why I wanted to do it.  I’ve been working for the streamers too, and it was what you had to do, for a time, but I really wanted to get back into the big cinema again.  We were hoping COVID was coming to an end before this movie was released.  And the way I shot it, and you don’t quite see this in the trailer, are long shots and one takes.  So you get this flowy camera, and the reason we shot like that was to show the perspective, so you felt like you were in it with them.  I’m not always cutting away to the lion.  I wanted to feel like you were in the situation.  The realism of it.  The cinematic flow.  That was absolutely for the big screen.

Beast is scheduled for release in Australian theatres on August 25th, 2022.