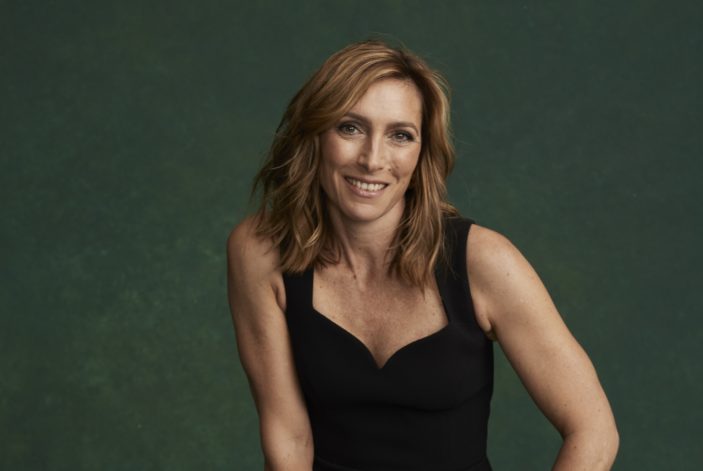 A staple of the Australian entertainment landscape for over 30 years, Claudia Karvan has amassed countless accolades – including Logie and AACTA Award wins – and an enviable catalogue that has seen her conquer theatre, television and cinema.

To coincide with the release of the new dramedy June Again (read our review here), Karvan spoke with our own Peter Gray about working with the national treasure that is Noni Hazlehurst, her initial reaction to reading the script, and the unexpected adoration for her earlier projects.

I’ll get my fanboy comment out of the way first…as an almost teenager in the mid 90’s who rented Dating The Enemy on a regular basis it’s quite a coup to talk to you.

(Laughs) Oh, I love you! That’s hilarious. You know when people say that they know me from something and it starts with “I watched…” I always think it’s something like The Secret Life of Us.

I was in an old jail in Melbourne recently – I’m doing a series about books, so was looking into details on Ned Kelly’s life – and this 12 year-old boy walks up to me and says “Are you that girl from that movie?”, and i’m thinking maybe it’s Bump or Dancing With The Stars.  “Are you that girl from The Big Steal“? That’s 30 years ago! How did he recognise me? He said that he loved the movie and showed it to his mum, and she loved it too, and I just thought that’s such a beautiful story about  the longevity of an Australian movie.

Dating The Enemy though, I remember Guy Pearce and I would sit in our trailers and think “Are we ruining our careers with this”? I mean, it’s so hilarious, but (me) acting like a man and (him) acting like a woman all day, we weren’t sure if we could pull it off.

Going off that though, your career thus far has been incredibly varied genre-wise.  Has that been at all a conscious decision to make sure you weren’t pigeon-holed into anything?

I guess it was a conscious, or perhaps unconscious decision, but really it was selfishly about never being bored and always being hungry for new experiences.  That started when I got to direct Secret Life of Us, and that carried on with directing and producing other TV shows, like Love My Way and Bump, and that’s what was behind Dancing With The Stars, cause I still get people asking why I did that, and it’s cause I don’t really care.  I just love new experiences.

Watching June Again I’ll admit to being quite taken aback by just how emotionally devastating it was, and the way it manipulated time and surroundings to reflect her dementia.  What was your initial reaction when reading the script?

Exactly the same as yours.  Every time I read that script it delivered that incredible, emotional touchstone.  It’s funny sometimes when emotion can leave you feeling so bereft that you’re just overwhelmed, but JJ Winlove’s direction kept everything light and escapist, almost high concept, yet he still lands a very real emotional connection.  His objective with that film is that everyone comes out wanting to spend time with each other, to be so acutely aware of how precious our intimate family members are. 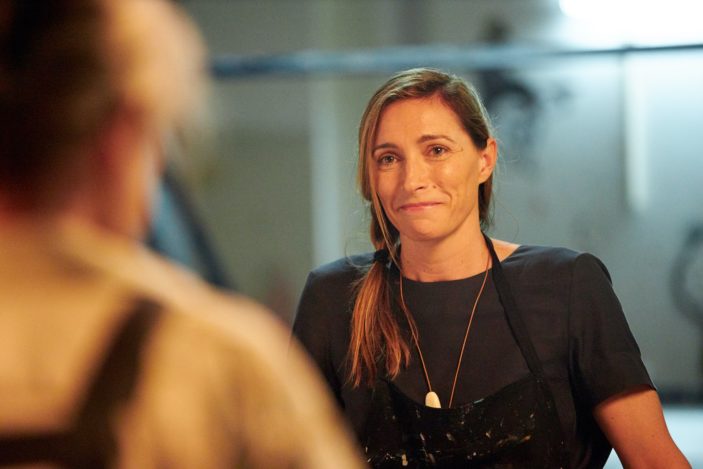 How was JJ Winlove at navigating the production? I understand this was his first feature film.

He was very clear and very efficient.  We went through a great rehearsal process where he, Noni (Hazlehurst), Stephen (Curry) and I just sat around a kitchen table and talked about the script, and nothing in the script really changed after that.  That’s quite unusual really, usually when you kick the tires out from under a script a few things fall apart, but everything here was so clear.  He never lost sight of that on set.  Curiously, he’s not the most emotional person, so we never got carried away with the emotion on set.  It never felt indulgent.

I feel like Noni Hazlehurst absolutely deserves the title of national treasure.  How was it working with her? This was the first time you have professionally collaborated with her?

That’s right, yeah.  We’ve never worked together.  She is an absolute pro, and she’s so emotionally available.  She’s so passionate and so powerful, and she really has (her character) June’s assertiveness and conviction, so it was all very authentic.

I think it’s so great that the powers that be have kept the film so close to their chest and waited for a cinema release.  I’m such a backer of the theatrical experience and it’s a testament to the country that cinemas are open, so I really hope that people get behind this film.

I agree with you.  We’re so used to being able to stream, and if we need to get a cup of tea or do the washing we can easily press pause, but I think there’s just something so great about going into a cinema, in the dark, and not have the option of being as easily distracted.  You give your full attention to get swept away.

June Again is screening in Australian theatres from May 6th 2021.