On the eve of Shannon Murphy‘s tragic dramedy Babyteeth releasing in Australian cinemas (you can read our interview with her here) we were fortunate enough to chat with the film’s male lead, British-born Australian talent Toby Wallace.  As he stated that being able to talk about the film during COVID-19 is “a breath of fresh air”, he and our own Peter Gray got to discussing the complexities of his character and if he personally took anything away from making such a detailed, emotional film.

Just wanted to say congratulations on the film.  It was an emotional experience, and you were phenomenal in it.  Given just how emotional a film it is, how did you personally react when seeing it?

Oh thank you, mate.  I had seen it prior to its premiere at Venice, and I honestly thought I had ruined it! I thought I was going to be the weakest link.  It wasn’t until the end of the festival that I started to feel a little more pride about it.  Obviously i’m completely proud of the film, but watching my performance is quite terrifying.

Your character, Moses, is quite complex, to put it simply.  How did you prepare for the role?

I talked for along time (with director Shannon Murphy) about his backstory.  The exact time frame of when he left home, when the family began to break-down, the stuff with his father…it was a matter of creating that time-line and being quite specific about it. We’d basically come up with the fact that he’d been on his own for a couple of years now, couch-surfing, living on the street, selling drugs…so that way when he does finally go back (to his family) we know what that moment is.  I also found similarities between Moses and the lead character of Xavier Dolan’s film Mommy, so Shannon and I watched that again.  I also watched My Own Private Idaho…stuff like that. It was finding specifics about what type of drugs he’d be taking at what particular times.

Was there any room for improvisation with the role?

There was improvisation allowed in terms of blocking and being able to play on the day.  But in terms of dialogue, we stuck pretty much to the script.  I’m an advocate for rehearsals (in film) because it gives you a couple of weeks to play and work out the essence of what you’re playing in, so when you get there (to shoot) you know what you’re making.

You’re working with Eliza Scanlen, Ben Mendelsohn, Essie Davis…you don’t exactly have the easiest scenes with them, the emotion is so raw.  Was it a collaborative effort when working with them?

Yes.  100%.  In rehearsals we got to work out the flow.  The dialogue has a certain rhythm to it, I think because it was a play the characters are a lot more fleshed out, and we all tried to get on that rhythm together.  On the days we were shooting, it very much felt like we were a family.  It was quite special in that way.  They’re quite unbelievable sparring partners, really.

The movie is broken into its own little chapters.  Was there one particular chapter that you prefer?

I quite enjoyed the segment with the party scene.  That was so much fun to film, and it turned out looking absolutely gorgeous. 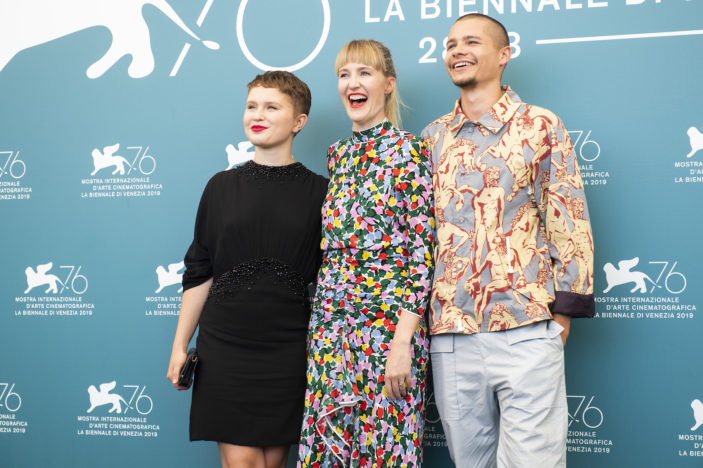 I was actually going to ask you about that particular scene because I had a discussion after seeing the film and whether or not certain scenes were romanticised versions of what actually took place.  If these were fantasy recreations of what Milla (Eliza Scanlen’s character) actually wanted as opposed to what really happened? Or was that purely me reading into the film differently?

Ahh, I see what you mean.  I think for me it was very much a literal thing.  The characters had come to a natural point where they could be together and it could happen.  But I like your interpretation actually, that’s quite poignant.

I have a feeling I know what the answer to this will be, but any particular scene that was the toughest to shoot?

(Laughs) You know it wouldn’t be what you’d think it would be.  Everyone assumes that the “pillow scene” was incredibly hard to do, and it was probably the scene I was most afraid of.  But I remember me and Eliza walking into the bedroom on that day and we were blocking it out, and it almost ended up being the easiest to shoot.  It was unbelievably sad, but from an acting point of view it was quite simple because we knew where the scene needed to go.  Honestly, something like the party scene would’ve been the hardest, trying to do that dance around the camera!

With the film tackling such heavy topics – love, drugs, death, illness – has it altered your perspective on any of that?

Yeah, I guess it did actually.  I felt quite close to the character.  There were a lot of things that felt familiar to me about Moses, in terms of running away from issues or distraction, not wanting to face things head on.  I guess over the course of the film, the relationship between Moses and Milla forces him to confront things in his life, to stand up and take responsibility for someone.  I could relate to that quite a bit, I found that to be quite a good lesson.

Babyteeth is screening in Australian theatres from July 23rd 2020.