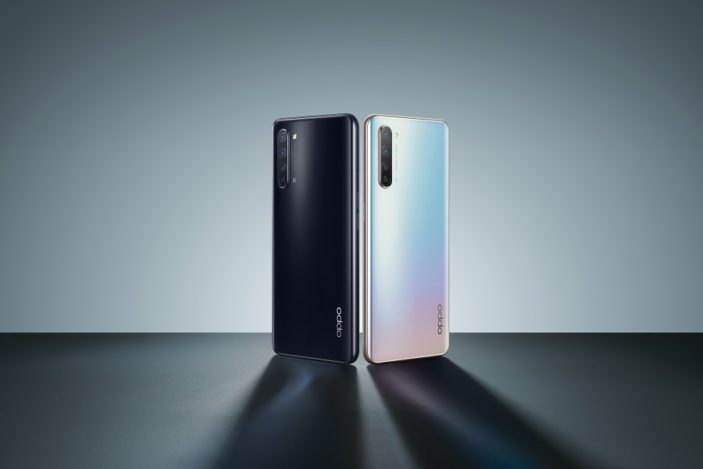 In my review of the Find X2 Pro from Oppo, I was confident in writing that Oppo has presented what is one of the best Android phones to date. It is, and months later I’m still finding new things to love about the high-end flagship. With the Lite version, Oppo has cut down the price tag quite a bit, but also asks users to accept some big compromises in return for the accessibility.

Is the balance there?

Oppo has proven reliable when it comes to nailing the delicate balancing act of value. We’ve seen it most recently with the fantastic budget A52, but less so with the A91. Granted, the Lite is far beyond the price of those two, sitting comfortable at a mid-tier A$749, and doing more than enough to position itself as the ideal everyday phone. 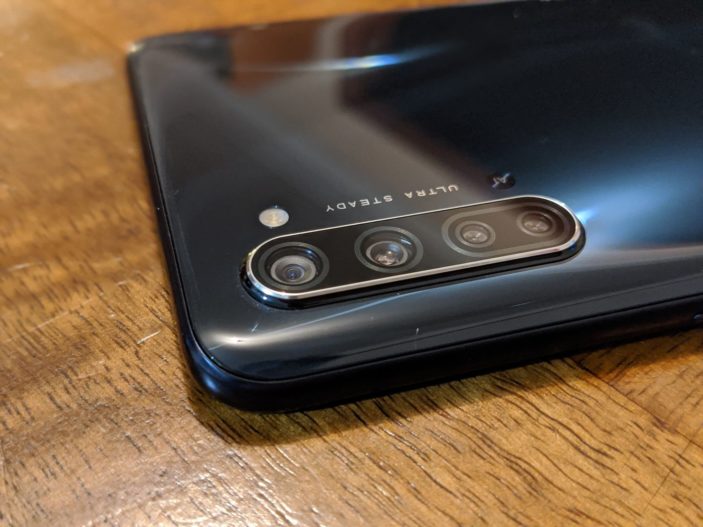 The Lite may not sport the same design prowess as the series’ Pro or Neo models, but that’s to be expected. Instead of flash, this goes for fundamentals and keeps them tight and respectable enough to maintain quality build. It’s dull to look at, and the materials don’t feel as premium when you’re gripping the phone in hand, mostly due to the plastic body and glossy fingerprint-covered rear.

Whether you go for the Pearl White or Midnight Black, the non-curved 6.4-inch multi-touch AMOLED display is beyond its price tag. The bezels are also super thin, but an obtrusive teardrop notch, compared to the hole-punch in both the Neo and Pro, can look unsightly in landscape mode. That’s still a noted 90.8% screen-to-body ratio, substantially more than what is one of my favourite Android phones to date (aside from the battery), the Google Pixel 4 XL.

The compromise here is a lower 60hz refresh rate, a noticeable drop in the seamlessness enjoyed by both the Neo and Pro, roping media consumption and gaming much closer to the standard experience. Still, colours are sharp and accurate, with a respectable resolution of 2400×1080 and a 408 ppi.

On the rear, the camera bump isn’t obtrusive and mostly sits flush against the body, featuring a quad-lens system that’s more than capable when it comes to standard photography. More on that below.

A headphone jack means a sacrifice in IP-rating, so this won’t be as built-for-all-conditions as the higher-end models, but as long as you take good care of the Lite, there’s little to worry about. It’s a sturdy build regardless. 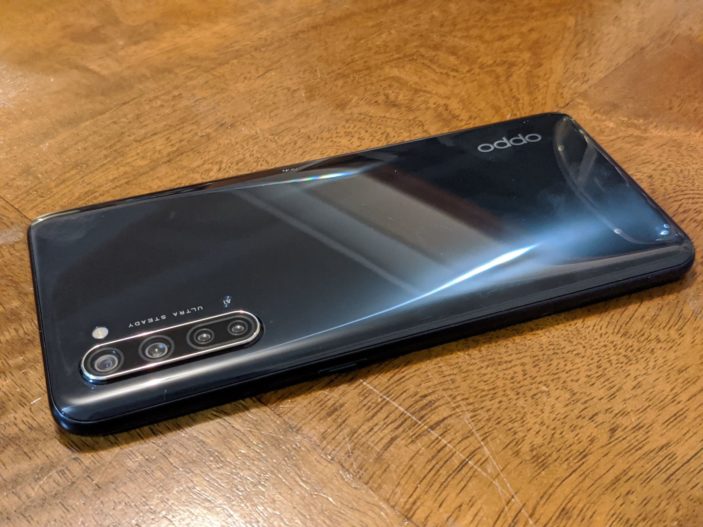 You’ll want to be using headphones with this as well, whether wireless or wired, as the audio performance from the single bottom-mounted speaker is paltry when compared to competitors in the same price range. There’s a good amount of volume, but balance is off, the signature a little thin and muddled at the top. There’s also that annoying one-sided profile, but lucky there’s plenty of viable options if you’re in the market for a good pair of Bluetooth earphones (our top picks right now can be found here, here, and here).

Dual-SIM capability is welcome, but there’s no SD support to expand the 128GB of onboard storage, so you’re stuck with that alongside the 8GB RAM. Both are sufficient enough, and expected at this price range, but are huge drops from the Pro, which has 12GB RAM and 512GB storage.

For biometrics, you’ve got both a speedy in-display fingerprint scanner and 2D face unlock, which is mostly fine but lacks the pin-point accuracy and low-light consistency of one with more depth. 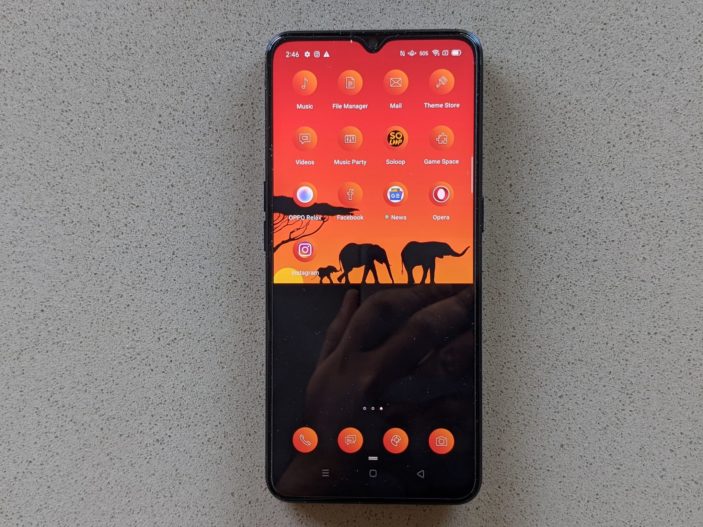 The 5G-capable Qualcomm Snapdragon 765G is amongst the best you’ll find in the mid-tier, and it’s power is highlighted well by the Find X2 Lite. Apps are super responsive and snappy, with little to no lag, even with more data intensive programs and reasonable multi-tasking. A dedicated Qualcomm Adreno GPU 620 seems to help smoothen things out as well, and despite the display’s average refresh rate, there’s really nothing to complain about when it comes to gaming, even at higher settings. You won’t want to max the more intensive games, but performance is more than good enough.

The Lite is one of the more affordable 5G phones on the market, with its integrated 5G modem, which already ups the value considerably.

You’ve got Oppo’s ColorOS 7 built on Android 10, which runs without issue and is a great example of the brand finally forming their own identity with a smart, snappy and intelligible layout for native apps. Oppo’s ode to ambiance, “OPPO Relax” is one of my personal favourites from the tightened collection, and the attention to detail and nice curation of effects and sounds is an unexpected but effective demonstration of the brand’s newfound sense of elegance.

There’s still a ways to go before ColorOS catches up to better Android operating systems like those seen on Google or Samsung phones. One particularly annoying feature is the cluttered settings menu, which is still not ideal for navigation.

Do note that as I’m a firm believer of the “wait and see” approach, given no one in Sydney seems to be following social distancing guidelines, I’m currently restricted with how I test out the phone’s camera. Further down the track, I’ll be posting another feature focusing solely on the camera and using it in different scenarios. Assuming a positive outlook for this current pandemic.

With no dedicated telephoto lens on the rear, the quad-system lacks to delicate touch of the Neo and Pro, the latter of which is impressive even at a 10x zoom. As far as compromises go, photography is the biggest sacrifice with the Lite. But that’s not to say the camera doesn’t excel in certain areas, with a 48MP (f/1.7) primary wide angle sitting alongside an 8MP (f/2.2) wide-angle, which also attempts to handle macro, and to a lesser extent, the middling modesty of 2MP (f/2.4) monochrome and 2MP depth sensors.

You won’t want to zoom any more than 2x for a photo, and even then unwanted noise is common. Although if you’re just looking for a point-and-shoot that gets the job done in good lighting conditions, the Lite is hardly lagging behind similarly priced competition and can handle contrast very well. AI does a good job at lifting colours, even if there’s a tendency to overshoot when it comes to saturation and brightness.

Night Mode works consistently but fails to capture the level of detail that Neo and Pro can, and the colour balance is typically all over the place. But that all depends on how hard the AI has work; shots in darker places retain a lot of unwanted noise and look much too artificial.

Go for a portrait and you may take issue with the poor edge detection and inconsistent bokeh, but at least the subject is sharp and detailed.

On the front, the 32MP (f/2.0) is a capable selfie-shooter and handles the 2D face unlock as well as it can. Video is also quite good here, so your pandemic-necessitated Zoom chats should go off without a problem.

The software team are clearly proud of what they’ve managed to achieve with their Ultra Steady 2.0 tech in terms of stabilisation, so content creators looking to shoot up to 4K (30fps) can expect smooth results which are also impressively thorough when it comes to managing captured sound, though it isn’t quite as accurate at cancelling out unwanted wind noises as the super-steady Pro, which seems to use an advanced version of Ultra Steady.

Overall, the photography capabilities of the Lite notably lack when compared to the more expensive Find X2 models, but they compete nicely with competing phones in the same price range. You aren’t able to rely on AI nearly as much though, so paying closer attention to natural lighting conditions is much more crucial for ideal results.

The Find X2 series wouldn’t be as highly regarded as it is without VOOC fast-charge. The Pro is easily one of the best phones to date when it comes to juicing up from 0% battery, with the 65W charger reliably reaching 50% in 15 minutes. It’s not quite as fast with the Lite though, dropping to a 30W charger and filling the tank completely in roughly an hour.

Don’t expect any wireless charging though, which shouldn’t be a surprise since even the Pro lacks this usually high-end feature.

The 4,025mAh battery can comfortably last a full day with no charge, even with above-average use. Of course, for reasons stated above, I’m out and about much less this year, but I did manage to fit two hour-long train rides with frequent video calls and a few gaming sessions into a day. I went to bed with 10% left. My Google Pixel 4 XL drains much faster, and that’s roughly $500 more expensive.

Oppo has clearly had a lot of practice when it comes to balancing the fine line between cost-efficiency and a phone’s spec sheet. The Lite is understandably the least impressive of the Find X2 line, but it also demonstrates just how valuable this series is when it can breeze past its mid-tier status and offer several features to contend with higher-end models.

The biggest hit on the way down from the Neo and Pro is to the phone’s photography prowess. It’s better than you can expect at this price, but there is still a lot of inconsistency when it comes to anything but standard shots. I also would have liked to see Oppo at least throw in something for those like taking wide angle shots.

A few other design set backs can make the Lite feel like a compromise, but no pitfalls are significant enough for you to take on much FOMO. Plus, as far as affordable 5G phones go, this is one of the better options to date.

Highlights: One of the best displays you’ll find in the mid-tier;
Lowlights: Plain design and plastic feel; one-sided audio performance; photography modes can be inconsistent.
Manufacturer:
Price: A$749
Available: Now

Review based on a unit supplied by Oppo.