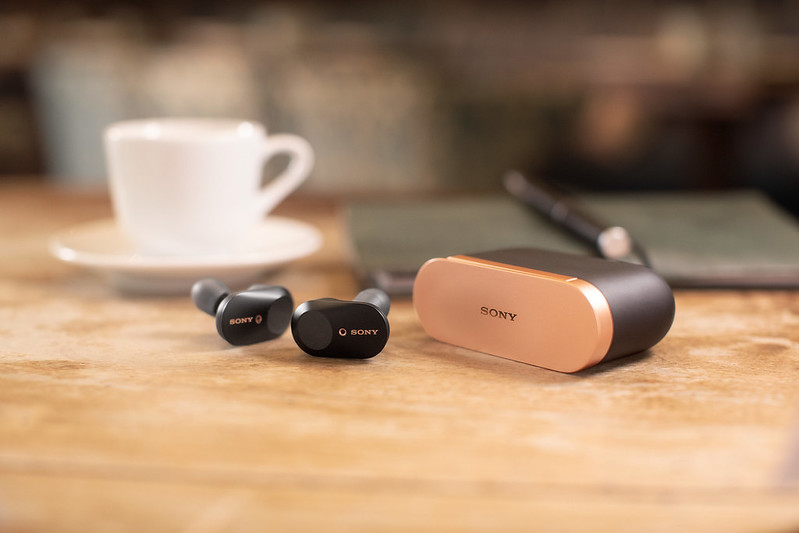 It has been quite some time since I’ve heard “I can’t find a pair, they’re sold out everywhere” uttered about some earbuds, even months after they’ve been released into the market. Such is the popularity of Sony’s WF-1000XM3 True Wireless Headphones, which descend from the same tech lineage as the over-ear WH-1000XM3s – a device which gave Sony the boost they needed to snatch the truly wireless crown from competitors Bose.

These buds, slick and slimmed from the chunky, scarab beetle looking WF-1000Xs, are unequivocally the best on the market right now. They were when they launched earlier this year, and they still are as we head into 2020. Only time will tell whether Google and Microsoft offer up worthy competitors, but until then, there’s no looking past these. 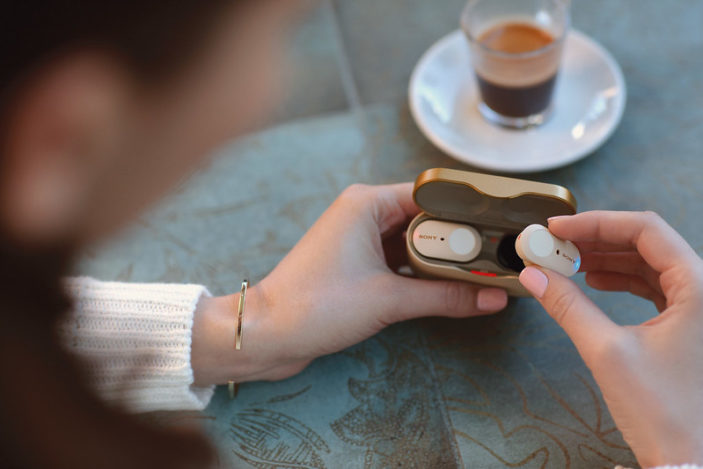 Only two colours are available for these stylish looking buds – platinum silver or black. My pair of black buds mirror the pill-shape many competitors make use of, although these look and feel more sophisticated and premium, designed so they comfortably seal the ear.

They are neither terribly petite or overly bulky, representing a nice middle ground that follows function as they aim for complete noise cancellation.

Where Sony have really impressed is in their thoughtful selection of buds that ship with the device. Four of them are ‘hybrid silicone’ while three are ‘triple-comfort’ and feel a bit thicker in the ear canal, although much more comfortable. Whatever the choice, no bud feels overly intrusive as you insert them in a downward motion and then twist them upwards to lock them into place. From the selection, users are supposed to find the exact fit to completely seal the ear and offer the best noise cancellation possible.

Very rarely have I experienced any slippage for the buds, with them being firmly in place. Although I wouldn’t recommend these for sports or fitness, simply because despite a strong connection, they can sputter quite a bit if jolted. 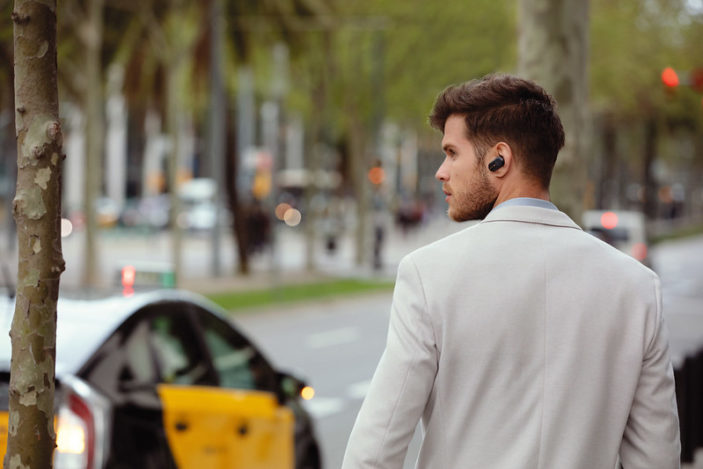 These are the best sounding earbuds I’ve ever experienced. Immersive, clean, precise, with a hell of a bass line that makes them perfect for anything from hip hop and jazz to pop and rock.

Vocals are crisp, instruments in dense soundscapes are easy to distinguish, and plenty of subtle details that I wasn’t able to pick up on other headphones, are easily identified here. I’ve had them for months and I’m still impressed each time I pop them in.

The efficiency of Sony’s QN1e HD noise-cancelling processor certainly helps, which is the same which was used in those aforementioned over-ear WH-1000XM3s. The company have gone on record to say this specific chip offers 40 per cent more noise-cancelling quality than their predecessor, and it certainly rings true with impressive suppression that locks you into your own little world on a daily commute.

Although the real MVP here is the 24-bit chip’s ability to act as a built-in DAC and analogue amp, which when combined with the 6mm driver unit, lands on the vastly superior sound quality that these earbuds will be remembered for. And just in case that wasn’t enough, there’s also DSEE HX used to upscale compressed digital music files, elevating quality constantly to get as close as possible to high res audio.

The accompanying Sony Headphones app has a clean, easy to understand interface with individual battery indicators for each earpiece. Users will find most use out of this when it comes to the slider used to control the amount of noise let in, from full noise cancellation to ambient mode, indicated by nicely drawn graphics.

The app also allows you to choose whether stable connection or sound quality should be prioritised. Though the Bluetooth NFC pairing works like a charm the large majority of the time, there can be significant sputters on occasion. This is when you’d want to prioritise connection, which in my experience doesn’t really sacrifice much of the sound quality at all.

You’ll also be opening the app on rare occasions when the earphones don’t register a connection with the phone. I use these every single day, and I’ve only had that happen 5-6 times over many months. It’s annoying when it does happen, sometimes with the left bud taking longer to connect than the right.

I feel it’s important to note that the mic, while excellent at catching ambient sounds to either block out or allow in, isn’t the best when it comes to making calls. When testing this out quite a few times, I consistently found that I could hear the person clearly, but my voice was often blurry and unclear to the ear on the other end. 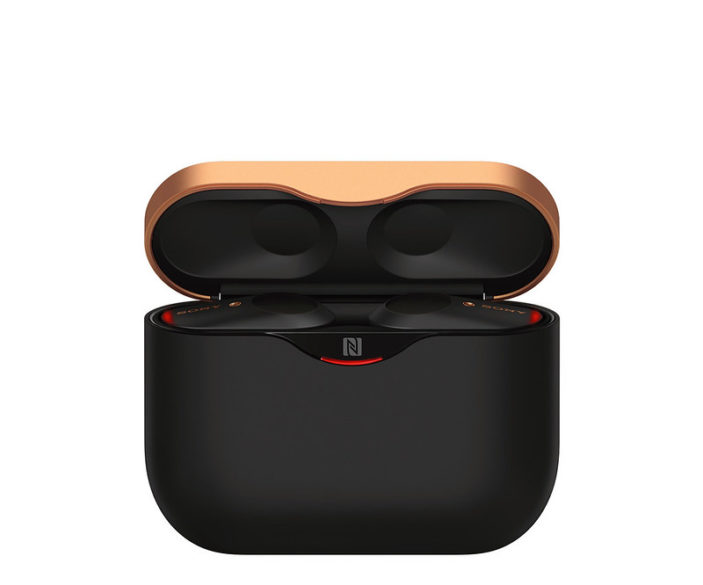 The copper-hinged carrying case used for these buds may be a bit larger than that for the Apple AirPods, but it’s still slim enough to slip into your pocket. They slot into the case with a satisfying magnetic click, immediately going into charge mode which boosts the already impressive battery life.

Six hours of playback is promised without using the case to re-charge, although tucking them away and letting them drink up the case’s juice allows for an extra three full charges, bringing the battery life to a total of 24 hours.

And they charge quite fast in the case. I’ve never – not once – had an issue with the battery letting me down, with 10 minutes in the case enough to bring back over an hour of battery life.
Of course, if you turn noise-cancelling off then you’re looking at even more battery life – 8 hours standard, 32 hours with re-charges.

Sony could have easily justified a higher asking price for these buds. They’ve completely changed the sound profile I expect from a truly wireless audio device, and for the most part they work smoothly enough to keep daily listening experiences rolling along without interruption. A few connection issues can be annoying at times, but they’re usually fixed in less than a minute, sending you back into a world that’s blocked out entirely for you and your favourite music.