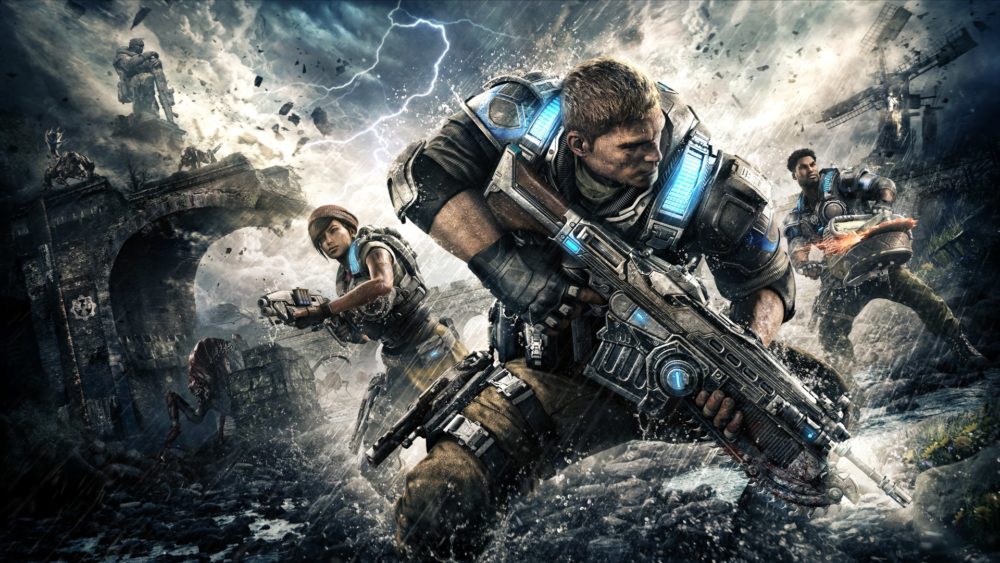 Another month, another four-pack of free games for Xbox One owners. August tees up some of the Xbox One’s bigger releases for later this year and continues a thread from last month’s Games With Gold titles. You’ll be able to grab Gears of War 4 in its entirety, for the entire month of August, for […] 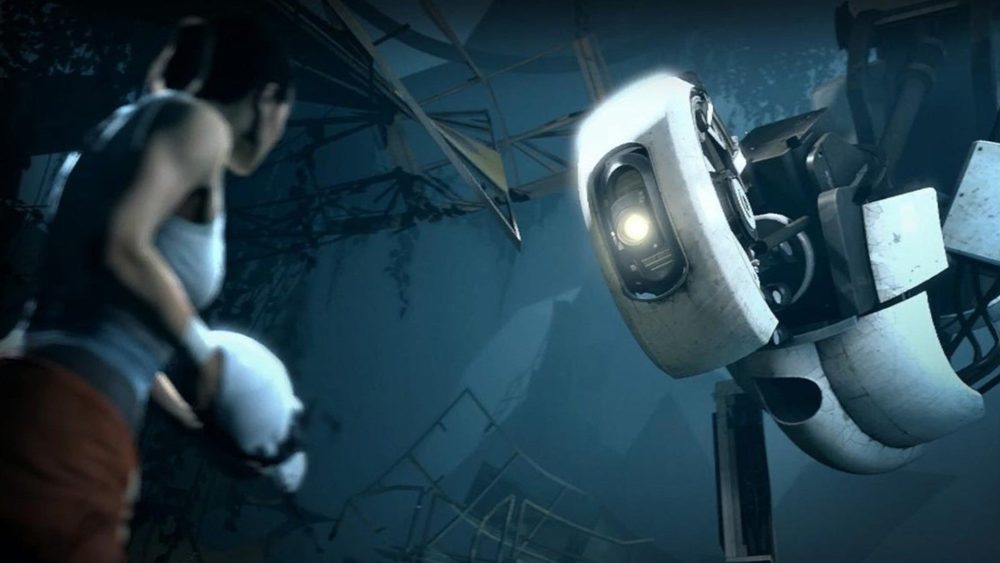 Here’s your free Xbox Games With Gold titles for June

After a bit of a quiet month for freebies in May, Xbox looks to be coming back strong in June with a suite of top tier Games With Gold titles, from recent releases like NHL 19 to verified Xbox 360 classic Portal. Here’s how the full list shakes out: On June 1, you’ll have access […] 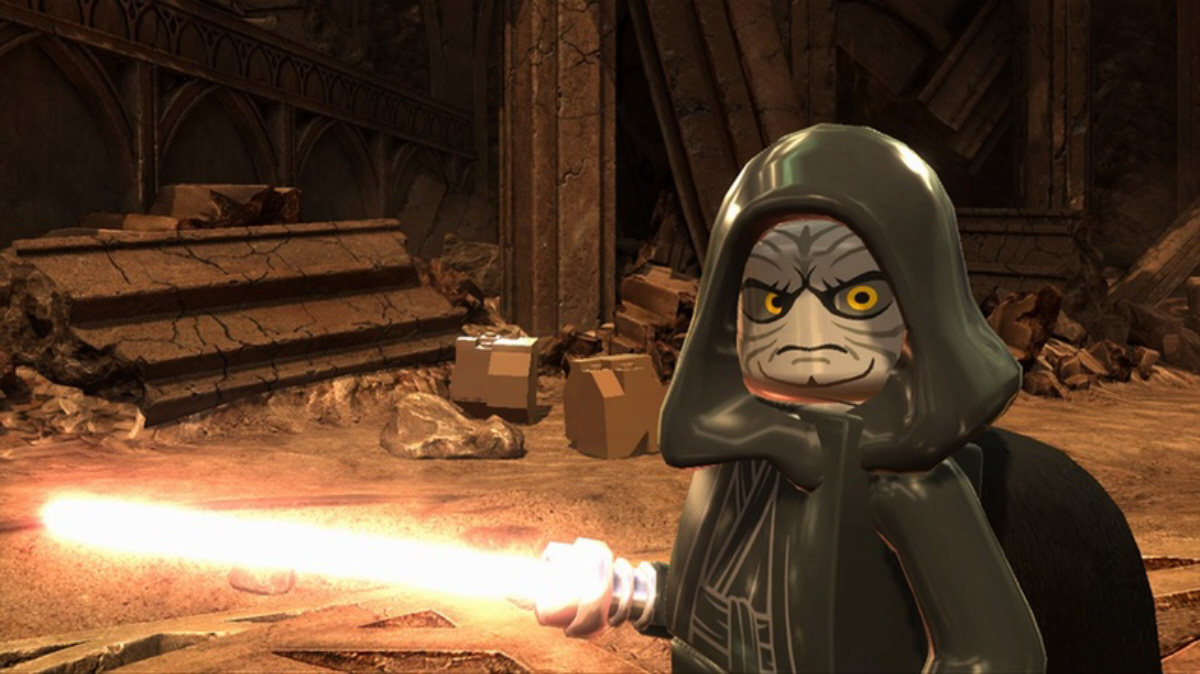 Here are your free Xbox Games with Gold for September

This month’s free game haul for Xbox Live subscribers is a pretty solid one. This month sees the usual drop of four free titles, ranging from strategy to indies, family games and retro gems. So here’s what you get: Xbox One: Prison Architect — available Sept. 1 to 30 Livelock — available Sept. 16 to […]

Hey, wasn’t it frustrating playing Sea of Thieves with friends cross-platform and having to put your laptop on the couch so you could use Discord to communicate? Those days are over, friends. Discord is coming to the Xbox One.

Here are your free Xbox Games With Gold titles for March

With March now looming in the middle distance, Xbox have announced the titles that will be going free across their network this month and it follows a similar trend to last month — something for the grown ups and something for the kids.

May’s Xbox Games with Gold is hype for Star Wars

Every month, Xbox Live furnishes its subscribers with a suite of up to four free games — typically two for Xbox One and two for those still running the older Xbox 360 hardware. It’s rare that the last-gen titles on offer are as interesting as the newer, but next month’s Star Wars flavoured offering may prove […]

Forza Horizon 3 has gone gold and to celebrate, Xbox have revealed the inclusion of Halo‘s Warthog as a driveable vehicle, the game’s Xbox Live achievements, and specs required to run the game on PC.

Here are your Xbox Live Games with Gold titles for July

Microsoft have announced that The Banner Saga 2, Stoic’s sequel to their 2014 RPG, will make its debut on Xbox One as part of their Games with Gold program.

Here’s your Xbox Live Games with Gold titles for March

With Xbox Live more or less back on its feet after yesterday’s extended (and still a bit mysterious) outage, Microsoft have confirmed the list of games that will  be free of charge in next month’s Games with Gold promotion.

If you attempted to log in to Xbox Live on your Xbox One or Xbox 360 console this morning, you may have found that your console was having a few problems. Xbox Support have confirmed a number of ongoing issues are affecting various services relating to account log in and access of games and purchases. 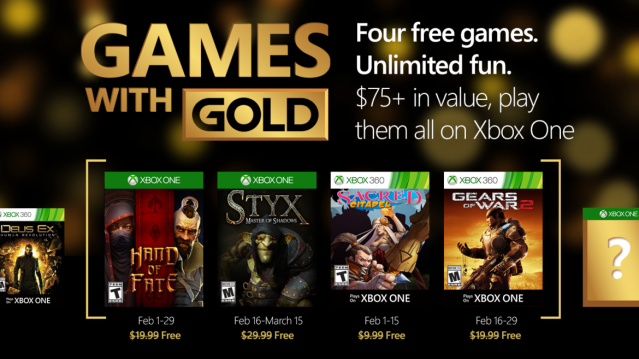 February brings a fresh batch of free games for Xbox Live Gold subscribers. Some may criticise this month’s offerings as being a bit anaemic but there’s at least one title that’s definitely worth your time.

Xbox Live has apparently suffering from a few performance issues today that are keeping players from accessing cloud storage, finding friends, Game DVR, leaderboards and matchmaking in-game. That’s according to Microsoft themselves. If that wasn’t bad enough, Snoop Dogg has taken to his Instagram to register his displeasure with the situation.

Here are your Xbox Games With Gold titles for December

Microsoft have announced the December Games With Gold lineup and, compared to other months throughout 2015, it could be seen as a bit of a weak note to end the year on. They are, however, giving away “an extra gift for the holidays” in the form of a fifth free game.