Film Review: Minions: The Rise of Gru delivers the safe, nonsensical shenanigans we’ve come to expect from such characters

Even though 2010’s Despicable Me was centred around Steve Carell‘s Eastern European reformed super-villain Gru, it was his hoard of indecipherable henchmen – his Minions – that stole the film from under his considerably rendered nose. They were funny without really trying to be, so it made perfect sense that subsequent films (Despicable Me birthed […] 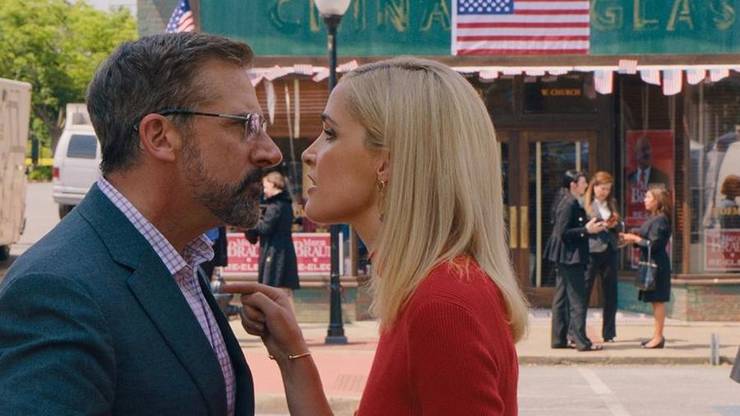 If there’s anyone who would be secure enough to make a film based around politics, Jon Stewart would arguably be one of the most well suited.  Whilst not quite as politically savvy as one might expect, given his penchant for satire, Irresistible is nonetheless a sly, consistently witty affair that wisely doesn’t exactly choose a […]

Despite its 1973 setting, Battle of the Sexes is very much a film for the now with Billie Jean King’s story appearing just as relevant today as it did back then.  Stances on sexuality and the pay parity between genders as depicted here is likely to strike a chord with many an audience member, but […]

Fox Searchlight has unveiled an international trailer for their highly anticipated tennis drama Battle of the Sexes. Led by Steve Carell as chauvinistic ex-tennis champion Bobby Riggs and Emma Stone portraying feminist icon Billie Jean King, the film centres on the real-life showdown between the pair in the historical 1973 tennis match. As well as […]

Bubble-gum filled with quirky moments here and there, there’s a lot to digest in the newest trailer for Despicable Me 3, the third installment of the Despicable Me franchise. Gru (Steve Carell) and his minions are back in style and are up against new nemesis Balthazar Bratt  (Trey Parker). Teaming up with his wife Lucy Wilde (Kristen […]

We’ve all had bad days, and on the eve of Alexander’s twelfth birthday he has had one of the worst days ever. To make it hurt just that little bit more, it seems his entire family is riding a wave of positivity and enjoying all the good things in their lives and unaware of how […]