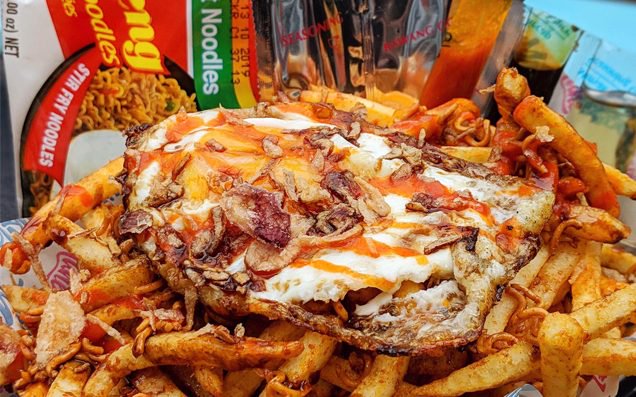 It was bound to happen some day, and there’s no surprise that Sydney’s Milky Lane, harbingers of ridiculously over-the-top and indulgent foods, were the ones to do it. The five-store chain (Parramatta, Cronulla, Gold Coast, Coogee and flagship Bondi) has decided to go full “broke millennial” and spray rounds of Mi-Goreng inspired goodness on top […]

Bondi’s super popular Milky Lane will be expanding next month to open a new store way down south in Cronulla, bringing their famously indulgent food and – we assume – hip hop themed space to the sunny beachside suburb. Details are a bit scarce at the moment, but the crew behind Milky Lane have announced […]

With an official Facebook page that sits at almost 6,000 likes already, not-yet-opened Bondi cafe Milky Lane has certainly tugged at the indulgent heart strings of Sydney’s most ardent foodies with the announcement that their menu will feature recently internet-breaking dessert creation The Churro Bowl. The image you see above is of one such magical, […]