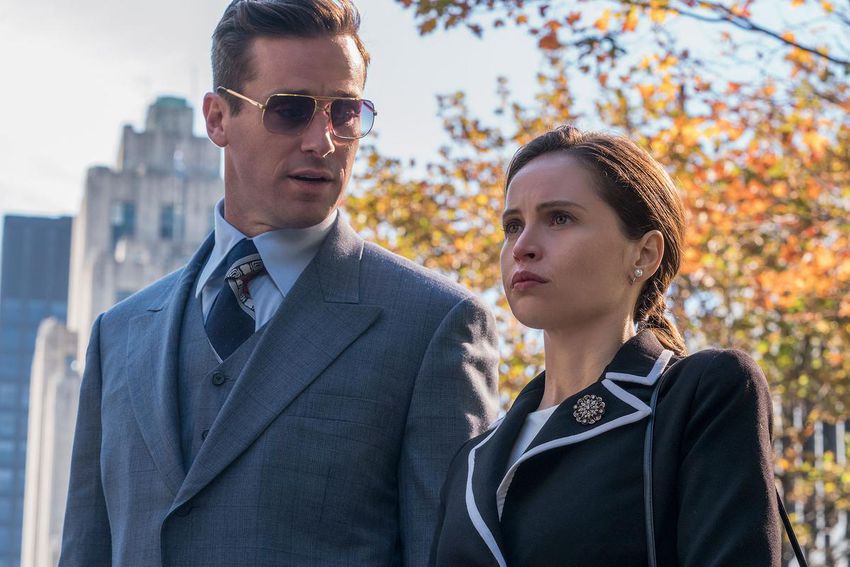 Film Review: On the Basis of Sex (USA, 2018) shows us how justice prevailed for the Notorious RBG

Ruth Bader Ginsburg is an American Supreme court justice who has been dubbed, “The Notorious RBG.” This woman in an incredible one so it should come as no surprise that in the past few years she has inspired not one, but two films. RBG was a comprehensive documentary about her life while the latest offering […]

The second Rogue One: A Star Wars Story trailer has landed. And it is incredible.

Just over two months prior to its release, LucasFilm and Disney have revealed the second, and presumably final, trailer for the highly anticipated Rogue One: A Star Wars Story. Rogue One is the first standalone film in the Star Wars franchise. The film stars Felicity Jones (The Theory of Everything, The Amazing Spider-Man), Mads Mikkelsen (Hannibal, […]

I remember when I first heard of The Da Vinci Code novel by Dan Brown, I couldn’t really understand the hype of it all and how it became a best-seller. The story felt like it was a more mature version of Indiana Jones and the Last Crusade, since they both involve going on a quest […]

The first Rogue One: A Star Wars Story trailer is here and it’s awesome

In case you somehow missed it breaking the internet last night, the first trailer for Rogue One: A Star Wars Story dropped online The film is set before the events of Episode IV: A New Hope and follow the group of rebels, led by Felicity Jones‘ Jyn Erso, who steal the plans to the first […]

Where the Force is Taking Us: The latest news on the run of Star Wars Films in Production

Episode 1: The force gets ahead of itself While anticipation mounts for Episode VII’s release in December, Disney are busy preparing two stand-alone Star Wars films, as well as Episode VIII (2017). Apparently they’re no longer able to produce a franchise one film at a time. The first stand-alone, Star Wars Anthology: Rogue One (2016), […]