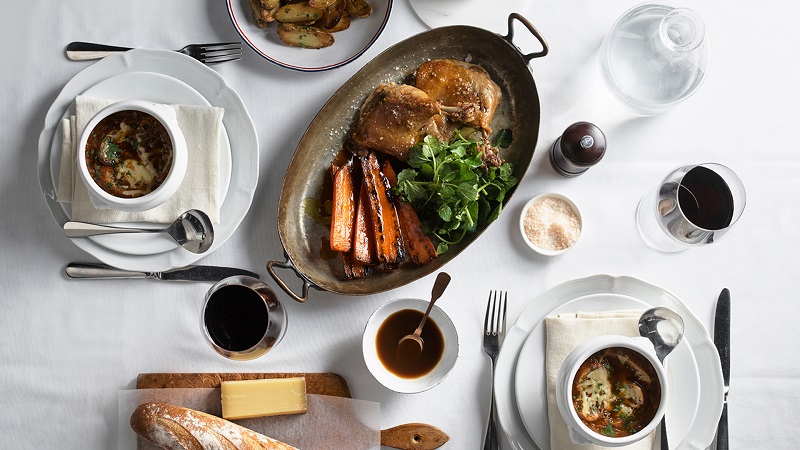 If diving into rich and creamy French onion soup, sending your tastebuds on a vacay to Rhône Valley, and crunching the juices out of duck confit sounds like your idea of a good time, then you’re going to love Bastille Day this year. France’s national day is always an exciting time across the world, but […]

With Bastille Day rolling through Sydney (and the world) this weekend there’s going to be plenty of celebrations throughout the city geared towards all things French dining. And seeing as French cuisine is one of the most diverse and technique-heavy in the world, that’s not a bad reason to get out and eat your way […]

The best Bastille Day events in Melbourne and Sydney 2017

Friday 14th July is Bastille Day, France’s national day which always brings an excuse to indulge in the rich culture and cuisine of the famous country. Being that some of the country’s best French restaurants are located up and down the East Coast – particularly Melbourne and Sydney – Bastille Day across the country’s two […]

How to celebrate Bastille Day 2016 in Sydney

Thursday 14th July is Bastille Day, France’s national day which always brings an excuse to indulge in the rich culture and cuisine of the famous country. Being that some of the country’s best French restaurants are located in Sydney, Bastille Day in this fine harbour city is always a must, even more so with special […]

Though on its own terms Bastille Day is an above-average action thriller with a slew of slick action sequences and enough plot twists to make you dizzy, you can’t help but view it as star Idris Elba’s unofficial audition for the next 007 film, with the actor’s name quite often mentioned as a serious contender […]

The first trailer for Bastille Day, starring Idris Elba, Richard Madden and Charlotte Le Bon was released online last night. The action thriller sees a British pickpocket and American CIA agent form an uneasy alliance in the face of an insidious global conspiracy. Check out the trailer below: Bastille Day releases in cinemas on 2 […]