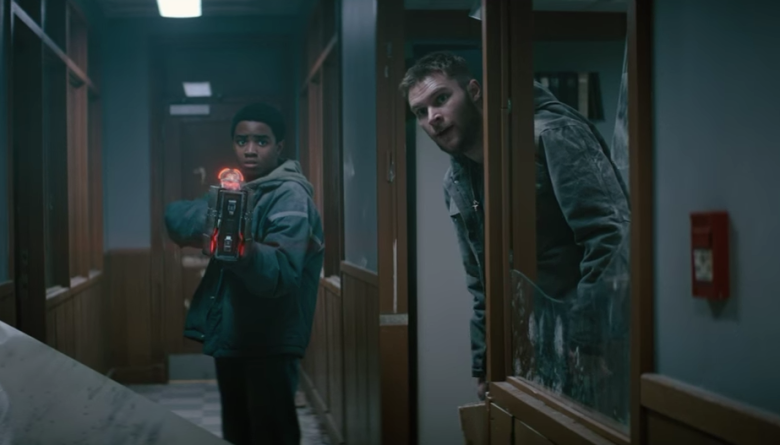 From the producers of Stranger Things, and Arrival comes Kin a gripping crime thriller with a sci-fi twist. Chased by a vengeful criminal and a gang of otherworldly soldiers,​ a recently released ex-con and his adopted teenage brother are forced to go on the run after finding a futuristic super-weapon of mysterious origin as their only […]

Grounded by Amy Adams’ breathtaking performance, Arrival is a departure of sorts for director Denis Villeneuve, opting to showcase the lighter sound of humanity here as opposed to the more pessimistic tones he showcased with Prisoners and Sicario.  A film that feels both personal and grand, Arrival intertwines the beginnings and endings of time, creating […]

Roadshow Films have unveiled some media for their alien invasion film Arrival, including the debut trailer and official posters. When a mysterious spacecraft lands on earth expert linguist Louise Banks (Amy Adams) is called in to investigate. As mankind teeters on the verge of global war, Banks and the her team (Jeremy Renner, Forest Whitaker) […]

Dennis Villeneuve (Prisoners, Sicario) has been at it again. This time he’s behind the camera for Arrival. And today we have your first look at the film with some first-look images and a trailer for the project. Starring Amy Adams, Jeremy Renner, Forest Whitaker and Michael Stuhlbarg, Arrival is an extraterrestrial thriller for the modern film […]