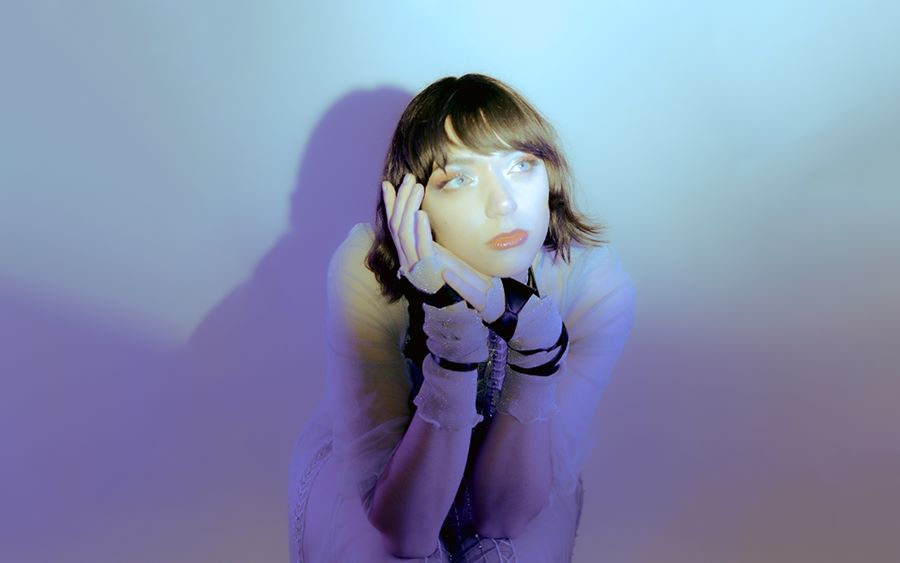 Kaeda Daze is the new musical project for singer/songwriter Kendra Fewster. You might have come across her when she was in the WA folk/pop band The Hunting Birds. She originally hails from WA, but more about that later, and these days finds herself based out of Melbourne.

“Running From Something” is the first track to be released under her new moniker, and was born out of the difficulties faced during the long-running lockdown in Melbourne.

Her vocals are dreamy and the imagery vivid. It’s a track filled with love, pain, hurt and a willingness for everything to be ok in the end. There’s a steely determination for a positive outcome from the current crisis.

“Running From Something” has a cinematic and rhythmic percussion that ebbs and flows to amplify the emotions. Kaeda’s vocals are a sublime mix of fragility and strength, vulnerability and determination.

About this first release, Kaeda writes: “This first release is extremely important to me. The day I began to write the song is so completely vivid in my mind. It’s funny how certain moments can stick with you. In the moment you’re so channelled toward the living and creating aspect that you don’t realise it was going to be a seminal moment for your silly little life journey.”

“I have always been drawn to songs with a dark moody tether and worked to implement that with Sam (producer of the track) through atmospheric pads and textures. You will notice the idea of slow motion running is emulated as an echoing rhythmic pattern that almost sounds like waves crashing behind it.”

Kaeda endured the lockdown with her sister and uses the track as a reminder that we can get past the difficulties of such a predicament: “I like to imagine that we have metaphorical swords in hand, ready to take on whatever bullshit we have to face. I am an emotionally charged person and wanted to create something that did in fact reflect that.”

The track was produced by Sam Burtt (Sam Phay, Stellie). It was mixed by Becki Whitton (Tash Sultana, G Flip, Allday) and mastered by Wayne Sunderland.

Fans of AURORA, Gordi and Gretta Ray will find plenty to love in this track.

We’ve been pondering for some time now, why are there so many great artists coming out of Western Australia. There’s a constant stream of great music coming from WA artists through our inbox. Yes, there are the obvious ones of Tame Impala, John Butler, Little Birdy, The Sleepy Jackson and Pond, but we are constantly being inundated with exciting new artists.

We put it to Kaeda as to why this might be the case, and she has shared her words of wisdom on the matter:

I always see articles saying “something is in the water in WA” and to be honest I agree 100%. There is a tremendous amount of honest, hard working talent in Western Australia. I think that Western Australia has a knack of allowing extremely earnest and true music to be moulded by the artists that live there. They are all extremely hard working musicians and I think it shines through in their live shows in blinding colours.

I entered the scene at 18 years old with my previous band and watching the calibre of artists come through in the last eight years has me so excited. I’ve watched piers during that time go from strength to strength and new artists blooming up out of nowhere all the time. I remember watching some WA artists when they first started and are now selling out shows nationally, it really makes me feel proud to call WA home.

So, there you have it. Keep an eye out for future drops from Kaeda Daze as she works on adding her name to the elite roll-call of artists to emerge from WA.

“Running from Something” is out now on all digital platforms.