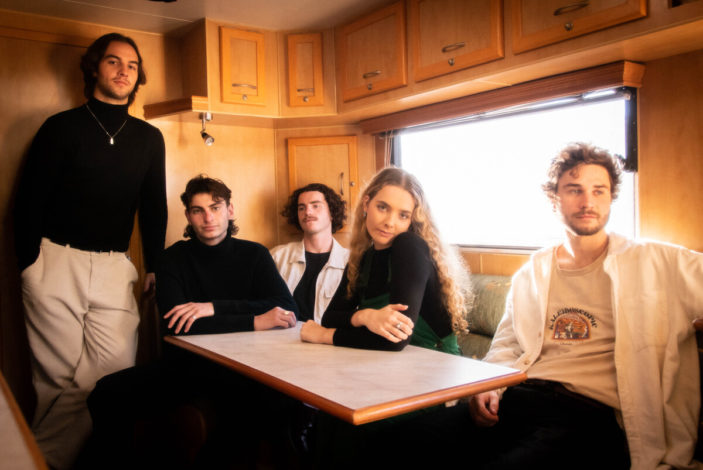 Perth indie-pop quintet Little Guilt have shared with us their dreamy new single “Nowhere”, along with news of their single launch shows. This latest offering is the first taste of the band’s forthcoming debut EP I Do Everything Around the House, out on 13th of September.

Thrumming acoustic guitar keeps the track grounded, while shimmering electric guitar colours the mix in a springtime vibe. Groovy bass and gentle drum rhythms allow the soft vocal harmonies to float above them in an ethereal sway. The lyrics tell of finding comfort in the mundane and avoiding responsibility, with a brooding bridge and tasty guitar solo before the final chorus.

““Nowhere” is a song about procrastinating,” the band explains. “It’s about wanting to do everything else but the thing you’re supposed to be doing. A very relatable topic for most people.”

It was recorded at Soak Sounds in North Dundalup, WA, mixed by Dylan Keirnan and mastered by Ryan Morey (Arcade Fire, Half Moon Run).

To celebrate the release, Little Guilt will be performing launch shows at The Aardvark in Fremantle on Saturday 17 September and The Sewing Room in Perth on Friday 14 October. Follow the band on Facebook and Instagram for more!