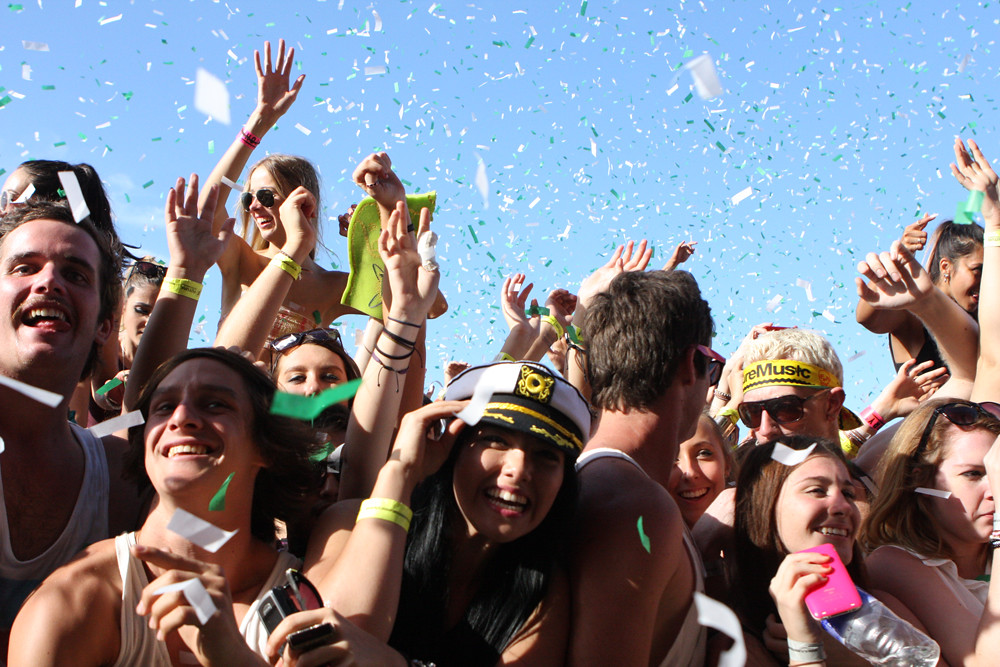 This summer is looking like a scorcher with some extra-hot line-ups being released ahead of the festival season.

Earlier this month, Lost Paradise dropped their bill filled to the brim with some incredible Australian talent including Rüfüs Du Sol, Hilltop Hoods, Mallrat and The Chats, joining a huge list of festivals, both new and established, that will be highlighting the best of live music this year. We couldn’t be more excited for these acts and more to grace our stages in the coming months, so celebrate we’ve selected our top six festivals you’ve got to before the end of the year (and trust us, it wasn’t easy).

This Wollongong festival originally began as a coffee shop, can you believe it? It boasts a very impressive two-day line up bursting at the seams with Australian music – and a commendable number of female acts.

Holy moly, someone spilt some serious milk here! This year, Spilt Milk is expanding their annual Canberra festival into Ballarat and is bringing along some top-tier names. We’ve got international teen sensation Khalid at the helm of the festival, supported by some of the hottest Australian talents at the moment such as G Flip and Tones & I.

This festival’s debut line-up is off the chains! With international names like Logic, Travis Scott and the one and only Carly Rae Jepsen hitting the stage, it’s hard to believe this is the first year of the festival. It’ll be an epic two days by the beach with even greater tunes.

Five hours north of Sydney is one of Australia’s best boutique festivals – BYO, with only one stage ensuring there’s no clashes, and just a few thousand of your closest friends, it’s an intimate party featuring some of Australia’s best bands. And best of all – you can take a dip in the surf in between sets. Yep, this is a festival where you’ll have sand beneath your feet from start to finish. Most people camp on site, as it takes place inside a tourist park, but there’s plenty of nearby accommodation options too.

This New Year’s staple has a delivered a mighty fine line up including possibly the healthiest mix of international and local artists. Headlining the event is US popstar Halsey and American rockers Vampire Weekend. Throw in The Voice of a generation, John Farnham, and you’ve got an epic playlist to roll you into the next decade.

You’ll certainly be lost in this paradise of Australia’s finest acts: Hilltop Hoods, Matt Corby, Rüfüs Du Sol, Cub Sport… The bill is predominantly local, excluding Hobo Johnson & The Lovemakers, and celebrates a variety of genres for everyone to enjoy.