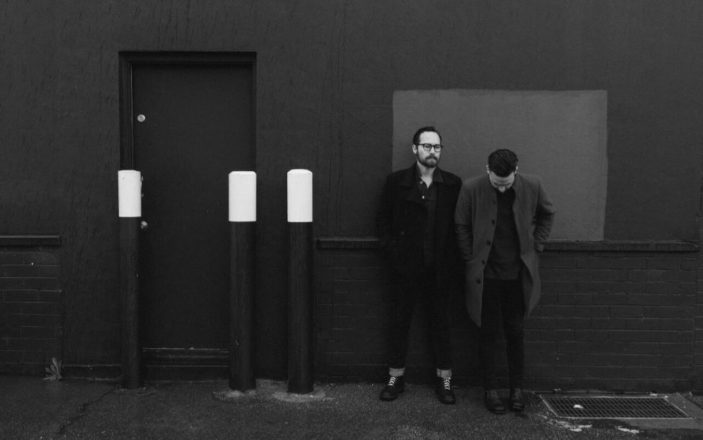 The duo is comprised of Damian Diggs and Oliver James. It’s easy to see why there is such a buzz about them, with the quality songwriting and musicianship on display. They have an EP in the works, Lumière, and we are looking forward to that being released.

The track was written as a result of the news cycle at the time. It was recorded between Pavement and Blackbird studios in Perth.

Of the song, the band said “There were a lot of violent events on the news during that time and we were trying to navigate that mindset. One particular event inspired Damian to write the lyrics as an internal dialogue. The music and lyrics both began to reflect the anger and vengeance of the character in the song, a story about betrayal and disillusion. It definitely has its own self contained narrative but it can relate to a lot of internal struggles, like anxiety and depression. Trying to fight your way out of a frame of mind.”

“See Red” is a busy intense track.  With driving guitars and warm fuzzy harmonies, there is a relentless driving energy to it, a powerful wall of sound. Fans of the Go-Betweens, as well as New Order, should find plenty to love here.

To celebrate the release of “See Red”, the duo have shared with us the tracks which have influenced them. Hit <Play> on the playlist below, and read on to discover what it was about these tracks that inspires them.

There’s a futility to Tim Smith’s lyrics that captures the isolation of life in 1891. The harmonies and bass playing are amazing.

The Rapture “Out of the Races and Onto the Tracks”

Spent many a night dancing like no one was watching to this song. Usually on a very crowded dancefloor.

Instrument layering at its best. Dance like a dog shot into space.

Effective songwriting. Mike Stipe guests as the ghost haunting the singer. The call and response vocals become their own lovers dynamic.

One of the most addictive songs I’ve ever heard. Love the vocal and guitar melodies.

Weird is wonderful. Every instrument doing its own thing in its own time. Sounds like a Jim Henson nightmare.

An hypnotic masterpiece, that utilises a repetitive tribal-like rhythm. My favourite song from the album, Geogaddi.

The second track on Neu!’s third album ‘Neu! 75’ introduced me to the fascinating world of ‘KrautRock’.

When people talk about ambient music they mostly associate it with Brian Eno and rightly so but Basinki’s ‘dlp 1.1’ is in my top 3 ambient drone pieces.

I came across this folk gem while I was going through a break, which is from her one and only album Colour Green released in the early ’70s.

Augie March “No Such Place”

I was initially dismissive of this artist before discovering their true value and Glen Richard’s lyrical craftsmanship listening to their album Sunset Studies. ‘No Such Place’ is an intimate and bittersweet song that opened my creative floodgates.

Talk Talk “I Don’t Believe You”

I’m a big fan of Talk Talk and this song encapsulates the band’s great ability for unusual but compelling melodies and song structures.

Radiohead “All I Need”

There are too many Radiohead songs to name as favourites; I love them all, but if I had to pick one – it would be this.

I saw Swans live in Cologne in 2014; they were at once both amazing and nauseating from the sheer volume of their playing, yet I loved every bit of it. As with Radiohead, Swans’ repertoire is quite extensive, though this song is very dear to me, as a remedy and consolation throughout a difficult period in my life.