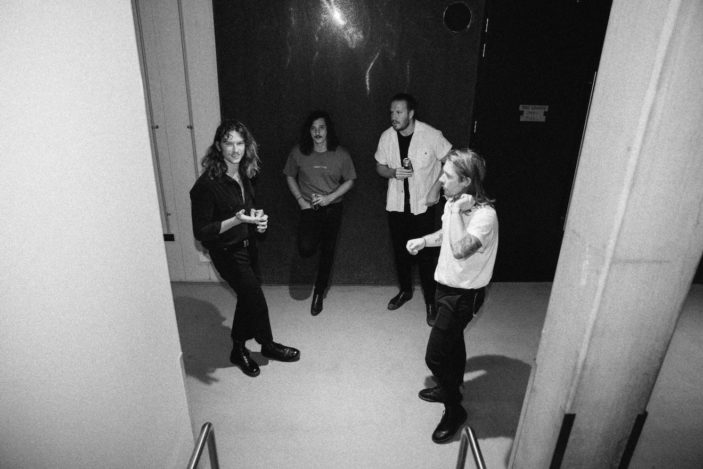 We’re welcoming in September by adding nine new tracks to our Discovery playlist on Spotify and Apple Music. Our Track of the Week is “Making It Out Alive”, the soaring new single from indie rockers The Vanns.

The band have spent the early part of 2022 holed up in the iconic The Music Farm studio in Byron Bay with producer Chris Collins. Featuring the stunning saxophone work of Dusty Boots, “Making It Out Alive” is a beauty, with layers of reverberating guitars, percussion, and vocals. There’s some stirring solo work from Jimmy Vann.

The band’s regional tour continues into September with stops in Bunbury, Albany and Margaret River in WA. Tickets are available HERE.

“If I Were a Butterfly” is the dazzlingly unpredictable new single from Rayland Baxter. The track is the lead single and title track from the American Alt-Country artist’s new album which is out in November. The album is Baxter’s debut release as a producer, and this single really showcases his playfulness and imagination when it comes to curating his sound. Full of groove, with lush instrumentation and warm vocals – this one is a vibe.

If the month of July isn’t your favourite month of the year – too cold, too far from Christmas, too many days in it, then you are going to love the new tune “Month of July” from Sydney-born alt-poster Pearl. Formerly known as Pearl The Girl,  she’s dropped a tune that will grab your attention with this broody, restless and catchy tune. There’s a great video to go with it, in which lovers of the Inner West of Sydney will spot their favourite haunts.

Adelaide/Tarndanya-based band Killed by Cupid have served up a fabulous dose of angst-themed pop-punk in “Sugar” featuring Jack Cumes. If you love Placebo then get your emo on and get into this one.

“Over Again” is the sophomore single from Sydney alternative rock band Fever Pitch, and shows the band broadening their musical palette further. Jangly guitars, a string section, a hooky chorus , and a strong vocal all combine to great effect. It all makes for an enjoyable three minute  ish slice of alternative rock.

Also added to the playlist this week are new tracks from The Church and Hussy Hicks.

Finally we have two new exclusive premieres from Jarrod Jeremiah and Little Guilt.