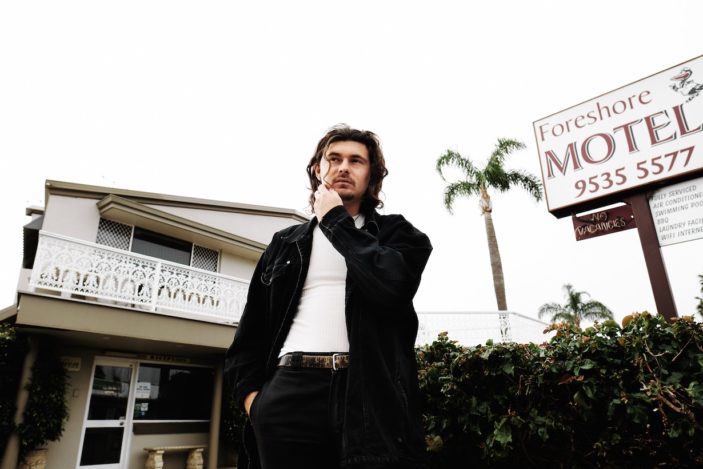 We have updated our Discovery playlist on Spotify and Apple Music with ten more tracks. Our Track of the Week is “Hard to Find” the introspective new folk rock release from WA singer-songwriter Finn Pearson.

Intimate and earnest “Hard to Find” is a charming release, full of warmth, energy and astute songwriting. According to Pearson, the track which was co-produced by WA staple Timothy Nelson, is “about struggling to open up to others, and feeling the need to put on a facade after realising that sometimes always wearing your heart on your sleeve can lead to more trouble than it’s worth.”

It’s another strong release from the WA musician, and we’re excited to hear the rest of this forthcoming EP, which should be due later this year.

Returning today is the duo Winterbourne and their track “Long Distance Runner”. It’s their first single since their 2019 debut album Echo Of Youth. With some 37 million global streams to their name, it’s a relief to see them releasing new music. No doubt there is more to come.

We’re suckers for a bit of jangle pop here at the AU, so we’re understandably loving “I Just Want to Paint You in Pictures”, the debut single from Field School, the new solo project from Seattle musician Charles Bert (Math and Physics Club). It’s indie pop at its most evocative, joyful and dreamy – one for fans of The Pains of Being Pure At Heart, Ducks Ltd and similar.

Ber is a singer/songwriter on the rise. Originally from Minnesota, she then spent time in the UK before returning to the US. Her release this week is “Boys Who Kiss You In Their Car”. A song reflecting on her experiences dating, it’s a catchy pop song drawing you in with the vivid and honest songwriting.

“Crowded World” is the new single from Melbourne post-grunge trio Moody Beaches. The track is the first offering from the band’s forthcoming debut album (out early 2023) and their first new music since 2020. Riffy, with a strong vocal performance, the track goes someway to capturing the conflicting feelings of frustration, helplessness, apathy and concern that comes when looking to the state and future of modern society.

Central Queensland’s indie-country queen Hayley Marsten has a new track with “Bittersweet At Best”, an emotive gem that brilliantly captures the essence of a failing relationship.

MT Warning is the solo project for Byron Bay’s singer/songwriter and multi-instrumentalist Mikey Bryan. “All The Things I Know” is a triumphant track, imploring the listener to ditch the constraints and outdated beliefs and march forward confidently with an open and inquisitive mind.

There’s also new music this week from Sunbeam Sound Machine, and we have the two exclusive premieres this week from The Tullamarines and Love Drunk Hearts.