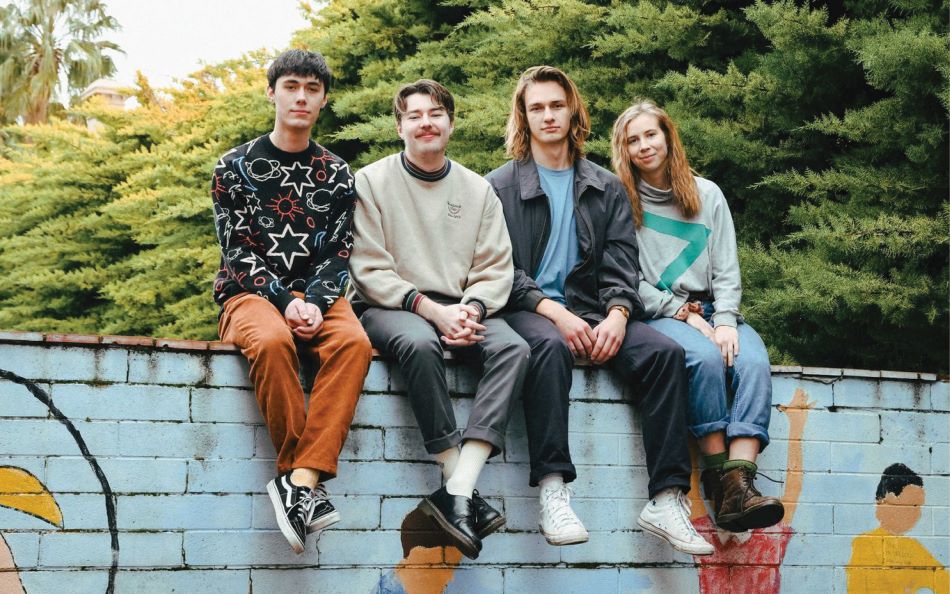 We’ve got just the song to get you through hump day, with the new tune from Adelaide bopsters The Tullamarines. The world can appear to be a bleak place, with the boomer generation screwing it for those coming later. “Television” reflects upon this, but with a buoyant and jolly feel to it. We’re pumped to be premiering the video for “Television” today.

About the track, Angus Purvis from The Tullamarines writes: “Television is a song about watching the world burn from the comfort of your bedroom. As members of the ‘zoomer’ generation it’s easy to feel completely hopeless for the future. Being constantly bombarded with information from the moment we wake up to the second we fall asleep and watching our world leaders actively avoid action is truly terrifying. We often feel powerless to do anything besides sharing a post or signing a petition, actions with a seemingly minimal impact that perhaps only serve to make us feel better in the moment. We really wanted to write a song about this eco-anxiety we all face everyday, thus birthing television.”

It’s no surprise that the band has been on the bill as other Adelaide-favourites Teenage Joans and Towns. Fans of Two Door Cinema Club, The Kooks and Ball Park Music are going to love this

The video for “Television” was directed by South Australian Screen Award nominee Jai Ruciak and filmed in Adelaide at the iconic The Austral Hotel.

“We had a few initial meetings and spoke through some different ideas that our director, Jai, had come up with. We really wanted it to be super colourful and playful to match the song’s vibe and contrast with the subject matter. Jai ended up suggesting filling a room with hundreds of balloons and we were sold (providing they were biodegradable of course!)” said Angus.

Enjoy the video. It’s as fun as the song. The Tullamarines have a gift for making armageddon look bright and rosy.