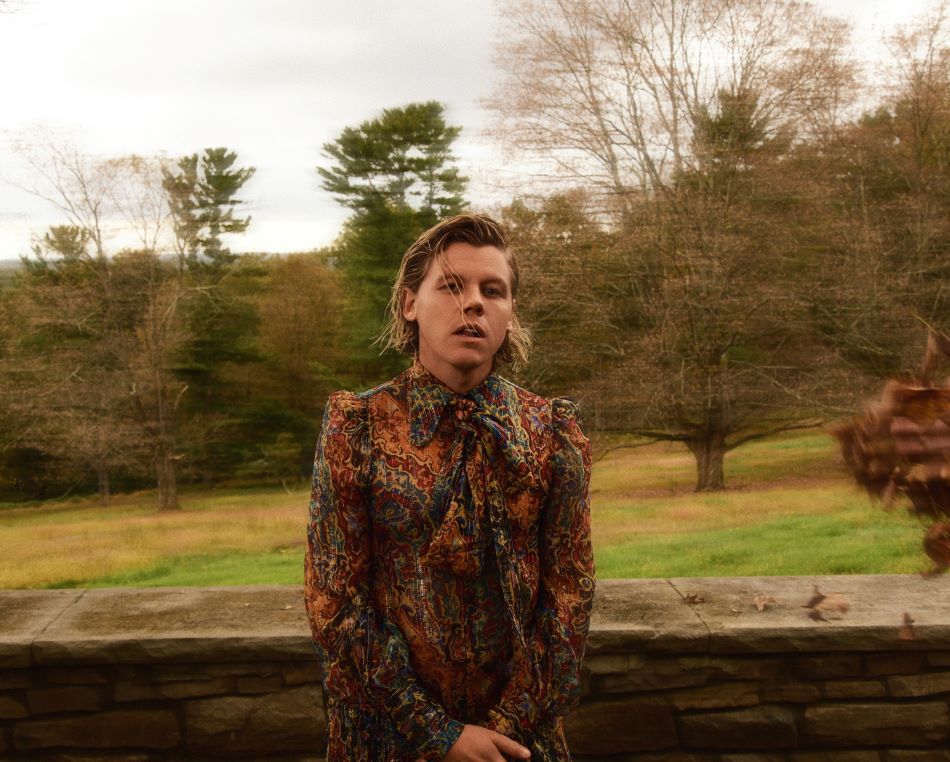 ARIA Award-winning, multi-platinum-selling singer-songwriter Conrad Sewell recently announced that his second album, PRECIOUS will be released on the 3rd March, 2023.

It’s one to look forward to, from an artist who has garnered over one billion streams for hits such as “Healing Hands”, “Remind Me”, “Hold Me Up” and his ARIA-winning single “Start Again”. Since he broke through domestically, Conrad has been busy on the international stage touring with the likes of Ed Sheeran, Maroon 5, and Kygo.

His new material is beautifully crafted. We’ve had three tasters so far. With the soul rock “God Save The Queen”, the anthemic “Make Me A Believe” and his most recent release, the tender ode to first love, “Caroline”, PRECIOUS is shaping up as an album laced with emotional touchstones, as well as upbeat rock and roll.

Conrad has compiled for the AU a playlist of tracks that have inspired PRECIOUS. Crank up the volume, press <Play> and read on. There are some classic tunes here!

This song has a great rhythm. Originally done by The Supremes but covered brilliantly by Phil Collins! I’ve always wanted to write a song like this that had a simple Motown groove. To me, this is such a happy song that makes you want to get up and dance.

This is one of my all-time favourite songs. The emotion in James Taylor’s voice and the storytelling has always been a big inspiration for me. Songs you’ll hear on my new record PRECIOUS, such as “Tell Mum I Love Her” and “Caroline” drew a lot of inspiration from this song.

To me, Steve Perry’s vocal on this song is exceptional. There are a few moments on my new record where I really tried to push my range and it was inspired by the early Journey records.

“Make Me A Believer” is one of them – I pushed my range into a key that I’ve never sung in before (High E in the key of C).

There’s a real intimacy in “Blood Sugar” that was heavily inspired by Steve Perry.

I’m very inspired by Hall and Oates in general. I really love their classic pop songwriting and they are so musically intelligent at the same time. One of the songs on PRECIOUS was written with Rob Thomas, and we really drew from the iconic beat of “Maneater”.

Simply Red was my Mothers favourite singer when I was a kid and I would sing a lot of Simply Red songs when I was growing up. This one in particular is one of my favourites of all time. I am constantly trying to write a chorus like this, that instantly lifts you up and takes you to a new place.

Bruce Hornsby is one of the greatest piano players ever, I often start most of my songs on piano and am constantly trying to write riffs that are instantly iconic. Adam MacDougall who played all the keys on my was constantly being told to steal much as possible from Bruce Hornsby lol

My fav song on the new record is the title track Precious and this was heavily inspired by Joe Cocker. It may be hard to hear at first, but Precious was originally a ballad and after being pushed by my producer to up the tempo of the song, it took on a funky, soulful, Joe Cocker-esque life of it’s own. It felt like Joe Cocker entered my body and took over my vocals for 6 mins. You’ll have to wit for the album to come next year to hear it!

John Mellencamp is a timeless songwriter. There’s this really wholesome, middle America approach to his songwriting and I feel that in some of my own music. Songs like Ferris Wheel and Caroline have similar narratives to those iconic songs from the 90s.

Because I grew up listening to these songs, I really feel like the music I write is inspired by those similar stories that everyone can relate to, whether that be your high school sweetheart or growing up in a small town.

I’m never afraid of letting the truth get in the way of a good story.

“Start Me Up” – The Rolling Stones

As I recorded the album predominately live, TRS were always our North on the compass as to what to do – whether that was arrangements or how the boys in the band were playing.

There’s something so incredible how TRS play and make it seem so effortless but at the same time, there’s so much swag. We pulled a lot of inspiration for the new album from the gear that we used, to the different sounds that we pulled from arguably the greatest band there ever was.

“For Once In My Life” – Stevie Wonder

Stevie is one of my biggest influences of all time. Vocally and musically he’s touched me more than any other artist. All the horns you’ll hear on the new record were heavily inspired by early Motown; the funky basslines, rhythms and textures of Stevie’s music is something we tried to incorporate as much as possible while recording.

PRECIOUS will be released on March 3, 2023. You can Pre-order/Pre-save it HERE.