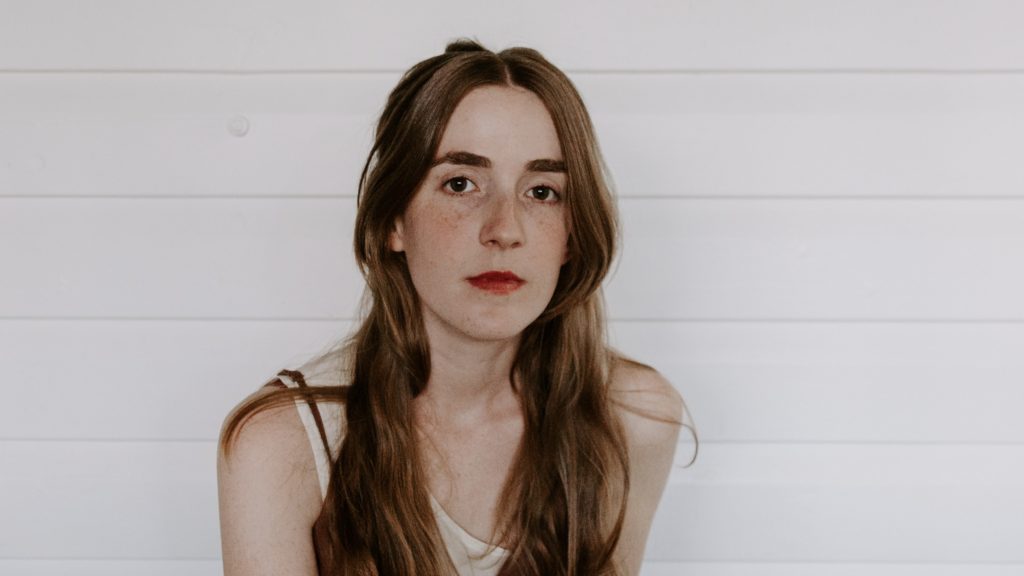 This week has seen Sunshine Coast singer-songwriter and musician Angharad Drake drop her new single “Start Again”, her first since the release of her debut album Ghost in 2017, and since becoming a mother.

On “Start Again”, Drake has returned to a more stripped back style of making music, erring towards the intimate and natural. Listening to the track, it comes as no surprise that Drake cites the likes of Feist, Laura Marling and Sufjan Stevens as influences; there is a similar intensity, honesty and gravitas at work. It’s a beautiful track, which is really brought to life by that haunting guitar, as well as Drake’s sublime vocal.

To celebrate the release of the single, and to give you a bit more of an insight into her creative mind, Angharad has kindly put together a playlist of the songs that influenced and inspired the making of “Start Again”. You can find her picks and the reasons behind her choices below.

Mazzy Star – “Fade Into You”

I never really paid much attention to Mazzy Star until I was asked to sing this song at a wedding a few years back. This song was a big inspiration for “Start Again” during the mixing stages.

I have rediscovered this song and it’s been on repeat lately. I’m a huge fan of songs that tell a little story and Adrianne Lenker is so good at that. She’s definitely inspired a few songs in my upcoming releases. We’re about to do a cover of this for our tour in a few weeks.

I watched the video clip for this so many times and I’m still not sure how I feel about it. Such a catchy tune though, it’s been stuck in my head for ages. She’s so good at keeping things simple in her music. Less is more, she’s great at that.

Kurt Vile – “Rolling with the Flow”

I am a big fan of Kurt Vile and love all his stuff but his Charlie Rich cover is so good! I was listening to Kurt Vile’s discography during my labour and the midwives loved him.

Bill Landford & the Landfordaires – “Trouble of this World”

I can’t get enough of these guys! I love gospel and these guys do not disappoint. It’s hard to choose just one of their songs, “You Ain’t got Faith” is another favourite. I wish they were my backing singers.

Bill Callahan‘s lyrics are amazing, he has such great use of words and imagery. I always feel like I’ve finished reading a book after listening to one of his songs. I have the lyrics to this one written out in one of my note books, I love reading it as a poem. Lyrically, he is a huge inspiration for me. It’s my dream to open a show for him.

Sufjan Stevens – “No Shade in the Shadow of the Cross”

It’s hard to pick just one of his songs that I love the most, especially from his album Carrie & Lowell. I love his use of religious imagery in so many of his songs, they always carry a much deeper meaning if you listen. Like Smog, I always use his lyrics as inspiration for my own songs.

Again, so hard to pick just one song but “Swim & Sleep” is easily one of my favourites. I have referred back to these guys a couple of times in the past when I play with the band. I saw them live a few years back, such amazing musicians.

Such a good song.