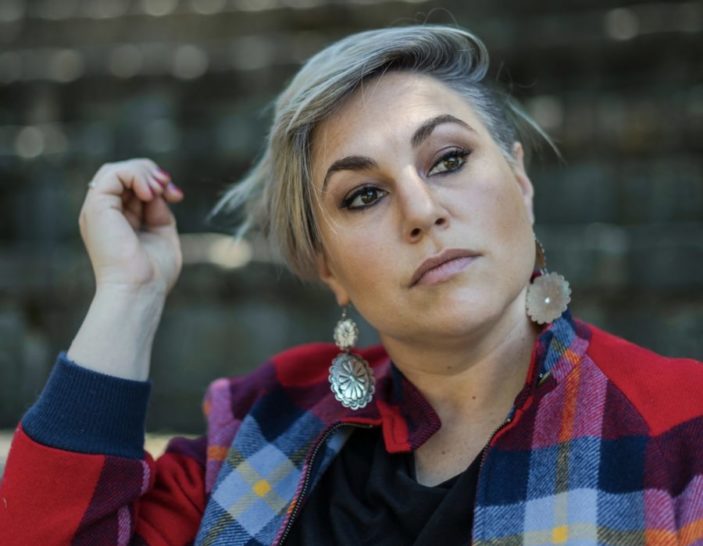 Melbourne songwriter Gretta Ziller has released her first song of 2020 with her latest single “Unlikely Believer”.

To reflect the personal nature of the song, the music video for “Unlikely Believer” sees Ziller with her live band performing in a desolate Westgarth Palais Cinemas in Northcote, VIC. Playing on the cinema screen in the background are a series of home videos featuring Ziller’s niece, baby nephew and father.

Ziller says, “I wrote Unlikely Believer to remind myself that although I’ve been through a lot in life that it’s harder but so much more rewarding to keep believing in things, rather than dwelling on the hurt and hardship.”

To shed more light on the track, Ziller has put together a Spotify playlist combining many of the songs that inspired “Unlikely Believer”. Give the playlist a play and read on as Ziller describes each track in more detail:

“Movement” – Hozier
I love how this song moves from major to minor and the stacking of vocal harmonies, they use them as an instrument in the mix – it’s really cool!

“Starfire” – Caitlyn Smith
I’m a big fan of Caitlyn Smith’s songwriting, the way the melody jumps in the chorus has really inspired me to use more of my voice in my singing.

“Rise” – SAINT PHNX
I’ve always found it hard to write a ‘happy’ song without it sounding naff! These guys do it so well and that bass riff is so cool!!!

“One More Girl” – Patty Griffin
I absolutely love Patty Griffin! There are a few songwriters like her that do some really cool things with where they place the lyric in the melody, the sentence doesn’t finish at the end of the melodic line and/or vice versa. This song was a huge influence in the chorus of Unlikely Believer.

“Matador” – The White Buffalo
This song proves an ‘acoustic’ based song can be dark and gritty. I love the choice of instrumentation too with that piano drone bass. Also, his voice is one of my favourites!