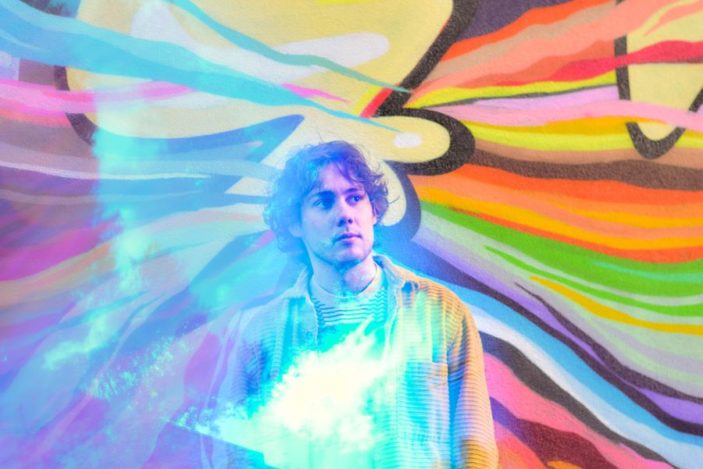 Last week Melbourne indie singer/songwriter Fletcher Gull released his sophomore EP, Ancient History Shares A Knowing Smile. The phrase was apparently on a t-shirt and brought a wry smile to the creative artist. We have been watching his progress keenly and was crushing on one of the tracks from the EP when it was released late in 2020, “City is Busy”.

He has had a few difficult times along the way, suffering from extreme anxiety and experiencing an accidental acid overdose. It hasn’t been smooth sailing for Fletcher in recent times.

The five-track EP gives us an insight into Fletcher’s journey. He has teamed up with some creative giants to put the EP together, including Tobias Khun (Milky Chance producer) and Japanese Wallpaper (Gab Strum).

It’s compact at five tracks, but they are a colourful insight into the creative mind of Fletcher. “HAPPYSADSONG” as you might expect deals with rejection on one side countered by optimism on the other. “City Is Busy” is passionate and bristling and “Heaven is Around the Corner“ is laced with playful psychedelia. Fletcher is a fine songwriter, descriptive, imaginative with a keen turn of phrase.

Do press <Play> and take a listen to this richly rewarding EP. Demonstrating the outlandish talent of Fletcher, he has put together a track-by-track breakdown of the EP, complete with illustrations for each track. It’s a resplendent multi-dimensional dive into this record. 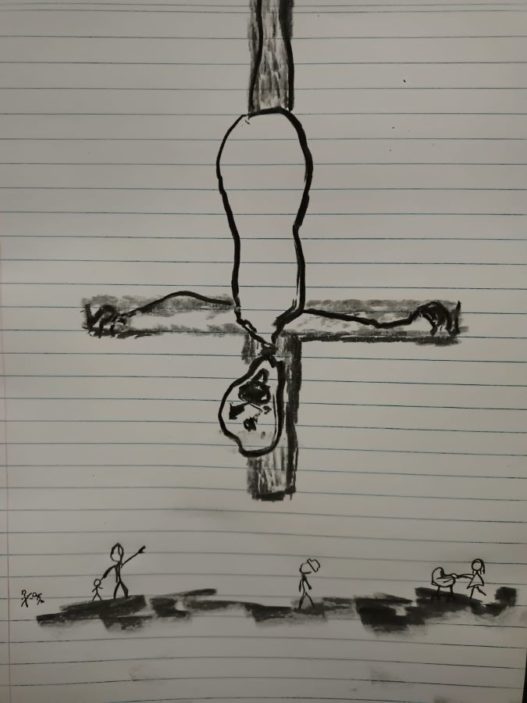 “There’s a line in the sand, which side are you on?” In the modern world we live closer to each other than ever, but our worlds have never been further apart. The news outlets in our feed and the friends on our Facebook define the reality in which we live. “You only have to hear what you want to” and listening to different perspectives is considered dangerous because it might force us to look in the mirror and not like what we see. So we surround ourselves with people and stories that reinforce our narrow worldview, insulated in the cosy walls of our tribe.

To go out on our own and endeavour to map our own path to the truth has become a tightrope walk over a pit of knives. Even if we don’t fall, we might be cast out for our transgressions and we will be naked in the world, an outsider to everyone. It’s a world where the wilfully blind throw stones and honest people get caught in the crossfire. This song is for people walking that tightrope; don’t lose hope, it will lead somewhere. 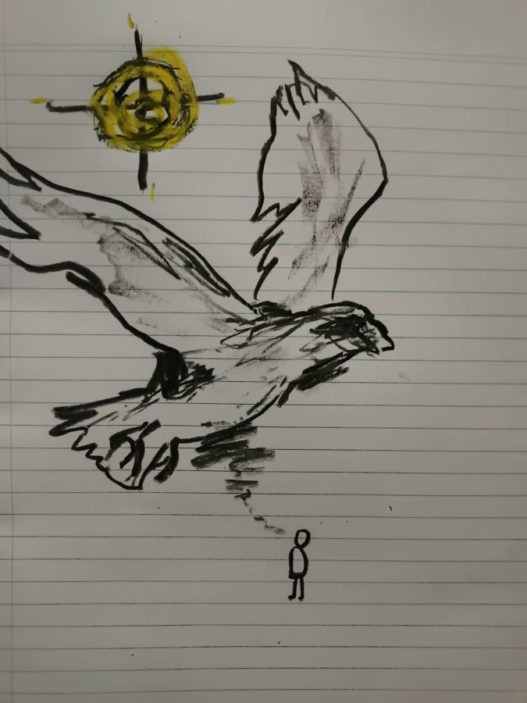 The song was written about an encounter in the street: “She talked to me for a while, telling me about how her life used to be great in the ‘80s but now the city’s busy, cold and lonely,”
Gull recounts. “She said she used to have fun with her friends and motorbike around Australia, but now she can’t even sit on the street without getting fined or arrested. She was tired of everything, old with nothing to look forward to, just waiting to be crucified.” 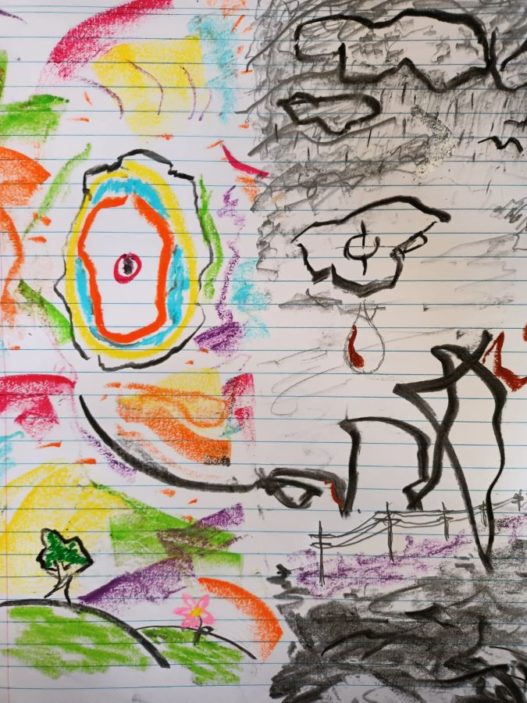 I was lucky enough to be in Berlin not long before the world shut its doors to write this song with Tobias Khun (Milky Chance producer). We just danced around his studio yelling the whole time and threw ideas down (there being no chairs in the room was conducive to that).

We stirred so many ideas in the cauldron that what we ended up frankensteining together was quite bipolar. We couldn’t decide whether it was happy or sad. I wrote the lyrics about being a kid who doesn’t really fit in at school, feeling gloomy but also having these intermittent flares of optimism and promise and a bittersweet love for life – taking rejection in stride sort of thing.

The illustrious Gab Strum (Japanese Wallpaper) also did some smashing production on the song.

Heaven is Around the Corner 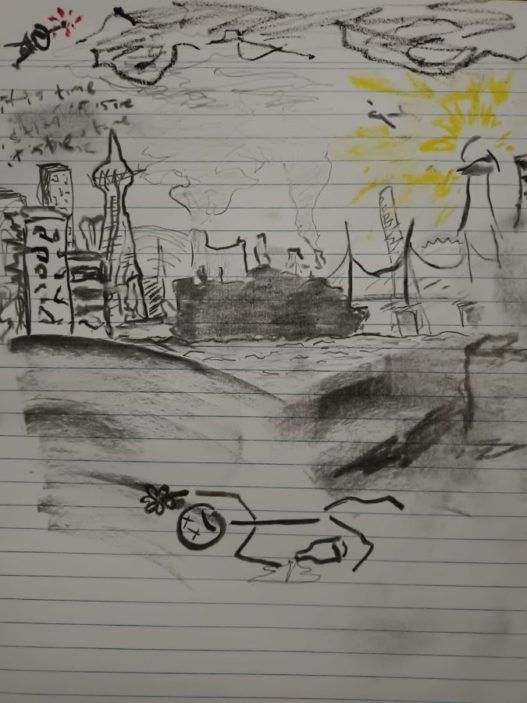 Our deepest most alien fears live all around us all the time, separated from us by a paper-thin wall. A deep abyss subtends the lulling surface of the sea, a whole unseen dimension and monsters live there. If you sit up in your hospital bed and meet the devil (he tells you he is god), watch the great ocean road crushed into the sunrise under burning rubber tires, return to everyday life knowing people’s eyes want to jump off their faces at any opportunity.

But TRUST IS REPLENISHED, and ancient history reaches an invisible hand to guide on the slow incline to peace of mind. Swim through the noise and sprouting through the chaos are transient modicums of bliss reminding you that heaven is just around the corner for those who are looking. 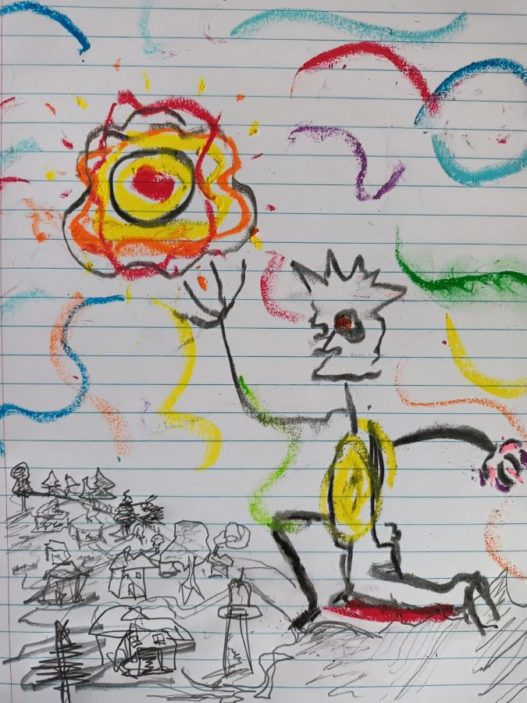 This is one of the closest songs to my heart. Life is a bloody mess. Your neighbours might be aliens. The city is a rat race in a steroid trial. The streets are cluttered with monopoly
pieces walking around under a cosmic magnum opus, too busy looking at their shoelaces to notice. You lose track of what you were supposed to hold onto and every time you open a
door, three more close. But something ancient and ineffable offers an invisible hand to guide you in the dark. And the wind whispers the secrets of the universe for anyone who’s still
enough to listen.