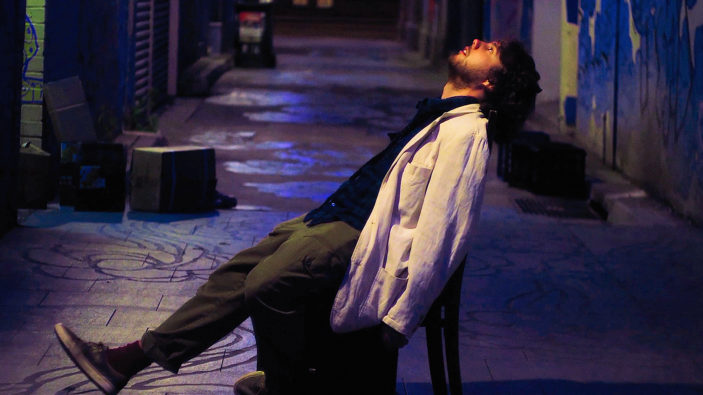 Fletcher Gull‘s “City Is Busy” is a clashtastic anthem of gritty synths and kaleidoscopic production, quickly coming off the back of his 2020 EP, Remember That You’re Gone.

The single is heavy-handed in the best sense – think the soundtrack to your fly-kick in the air landing in a superhero floor punch. It’s adolescent angry, ready to take on the world and set it right.

Yet another gem of music crafted through isolation, Gull’s track was originally inspired by a chance meeting with an old school punk in North Melbourne.

‘She talked to me for a while, telling me about how her life used to be great in the ‘80s but now the city’s busy, cold and lonely,’ he said of the encounter.

‘She said she used to have fun with her friends and motorbike around Australia, but now she can’t even sit on the street without getting fined or arrested. She was tired of everything and old with nothing to look forward to, just waiting to be crucified.’

The fight for justice is prevalent in “City Is Busy” and is fuelled by sheer passion. In a week of high politics, this song is a cathartic release you’ll be glad you pressed play on.

“City Is Busy” by Fletcher Gull is OUT NOW via Snowhill Songs/AWAL.