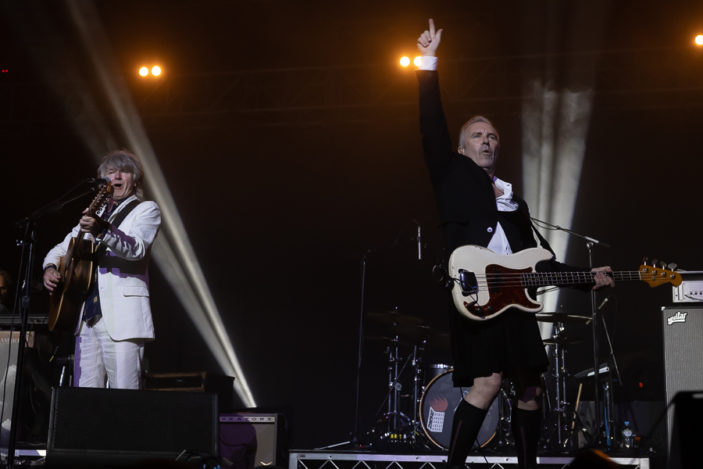 We had passed hump day and headed towards the home straight. An action-packed Day 4 awaited though. The Waifs proved to be singular as Vicki Thorn unfortunately had the ‘Spicy Cough’, so couldn’t be there. The show was still enormously entertaining. Sister Donna has plenty of chat and had us all laughing along with her stories. And hearing songs like “London Still” are always happy moments, and big sing-alongs.

Ian Moss had a legion of fans. Bluesfest always welcomes him with open arms. Fat Freddy’s Drop is another fan favourite. With their reggae psychedelia, it’s a cosmic ride through one of their shows. I particularly enjoyed this year’s instalment.

Speaking of fan-favourites, another strong contender is John Butler. He has been coming to Bluesfest for nearly twenty years, and his passion for his music and activism are always blended into a spellbinding performance.

Hiatus Kaiyote brought their heady mix of future soul to the Delta tent. They earned a Grammy-award nomination last year, and have character and innovation to burn.

The legend George Benson brought his songs of love to the Mojo tent. He was in fine fiddle!

Finally, the headliners of the night, there aren’t enough superlatives to describe how great they were, the incredible Crowded House closed the night out. With the new lineup including sons Liam (guitar) and Elroy Finn (drums) and Mitchell Froom (keys), it was hit after hit. Nick Seymour was lively and good fun, the band and the audience were in good voice. Jimmy Barnes even popped up on stage to lend his voice. Finishing with “Better Be Home Soon”, it had come to an end, all too soon.

Check out Bruce’s photos of the day.