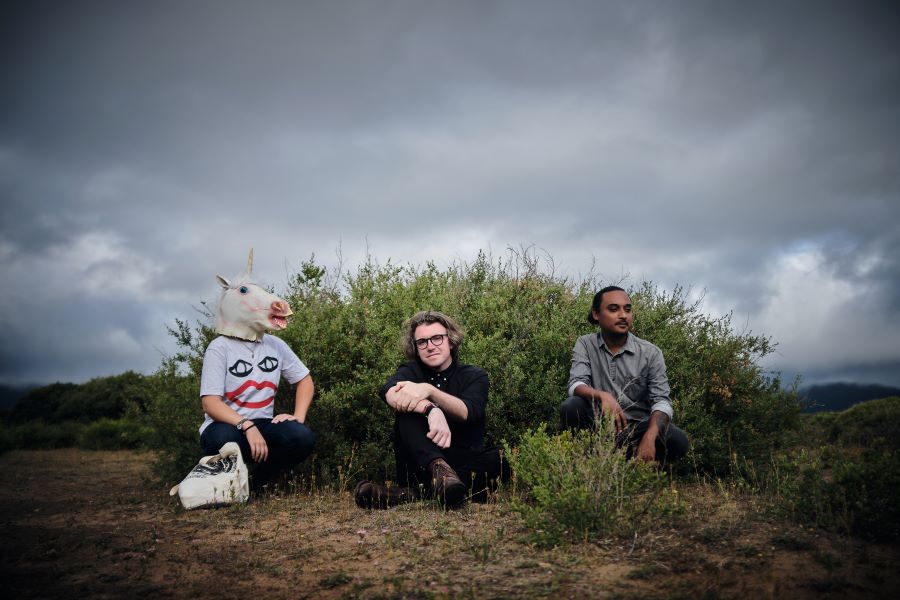 Melbourne-trio The Great Emu War Casualties seem to have a stranglehold on cute and interesting names. They are about to release their latest harmony-infused banger, the sweetly titled “Bacon Rampage!”. We are thrilled to be premiering it today, ahead of its release on Friday.

“Bacon Rampage!” is dreamy, addictive and a joy to listen to. With blended harmonies interwoven with a sweet guitar floating over the top, this is sparkling alt-pop. They have a couple of shows lined up in Melbourne in November and December, so if that’s your home town you are in luck. Details are below.

Leadsinger Joe Jackson says of “Bacon Rampage!” “Have you ever seen one of those older style Broadsheet newspaper comics that depict bankers and corporate executives as big fat pigs in top hats with monocles and double-breasted suit jackets (but never any pants) standing on top of mountains of money? This is sort of the audio equivalent of that.

It’s about being on the bottom and drinking the Kool-Aid of advice that serves to further benefit those at the top, and also about how I don’t actually have any new takes on what to do about that, but just because I can’t solve it doesn’t mean that anything is gained by ignoring the problem.”

The band produced “Bacon Rampage!” themselves, and handed over mixing and mastering duties to Martijn Groeneveld. The single will be on their next EP, Quiet Bat People, which is due to drop in November.

Enjoy the premiere ahead of its release on Friday, 7th October 2022.