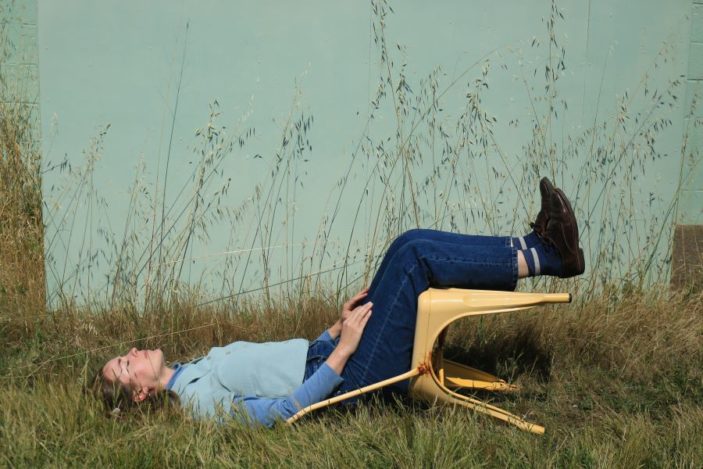 Ainsley Farrell hails from the United States, but these days calls Sydney home. We’re thrilled to be premiering her latest track, “So Small” ahead of its release on Wednesday. This will be the third release from her upcoming album following on from “Buffet” and “The Way Back” which were released earlier in the year.

The track was written in response to a panic attack that Ainsley suffered. Her powerful emotive voice works seamlessly with a moody guitar line that runs through the track, keeping it grounded with punchy drums. Sweet harmonies swirl and give it a captivating ethereal feel. “So Small” seeps into your pores, and will have you humming the melody long after its finished.

About the track, Ainsley writes: “I wrote this song after my first panic attack. I had an out of body experience and thought I was never coming back.”

The accompanying video is as captivating as the song. Progressing from the alpine snowfields to a desolate rocking mountain, finishing up at the seaside, it traverses all terrains.

About the video, Ainsley told the AU “The video was filmed around different parts of California – just on my last trip home. My brother, partner, and best friend helped me film it. The idea was to feel small amongst the backdrops and it sort of just worked out that we were able to start out in the mountains and end in the sea. “

“So Small” is reminiscent of artists such as Julia Jacklin and Lucy Dacus, and I expect will also strike a chord with fans of Squirrel Flower, Babehoven and Mothers.

We are looking forward to the album, to be titled Dirt, due out early in 2023.