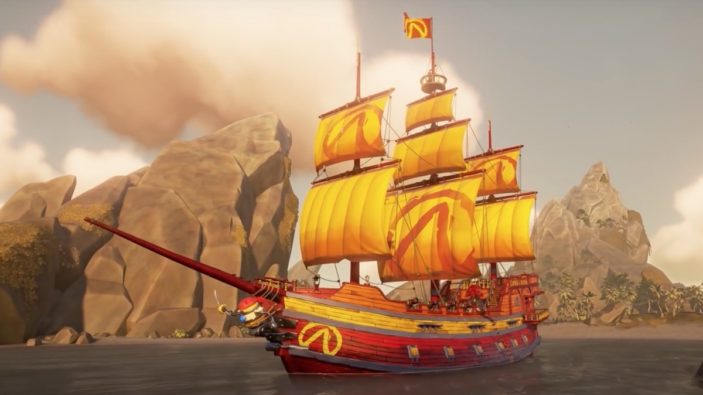 Sea of Thieves is no stranger to mayhem, nor a good crossover event. The game’s recent resurgence, thanks to Xbox Game Pass, is drawing in more players than ever. So much so, that Pirates of the Caribbean wanted in, bringing Jack Sparrow, the Black Pearl and a range of new and exciting content.

If that wasn’t enough, the iconic Borderlands franchise has entered the high seas. Inspired by the Vaults of Pandora, Sea of Thieves will now feature the Mayhem Ship Set, featuring in a brand new live event that has been kept under wraps in this brief Gamescom 2021 trailer. Running from August 24 until September 7, players can undertake this new Borderlands themed quest and acquire the mayhem Ship for free.

Live events have featured in Sea of Thieves before, but the Mayhem crossover event is sure to be one that fans and newcomers alike should not miss. Sea of Thieves is currently available on Xbox One and PC, and available to all Xbox Game Pass subscribers. It’s time to set sail.