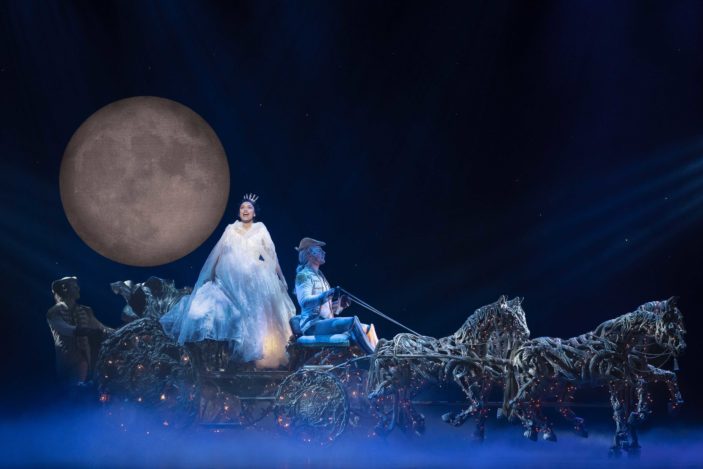 Experience the timeless Cinderella story you know and love, now with a contemporary spin in Rodgers + Hammerstein’s Cinderella, a Tony Award winning Broadway musical from the minds behind The Sound of Music.

After captivating audiences across the US, this spellbinding production has floated into Melbourne, lighting up the famous Regent Theatre with dazzling costumes and stellar set design, and transporting you instantly to the magical world of Cinderella – where all your wildest dreams are possible. This refreshing take on a classic tale hits all the moments you’re longing to see, from the pumpkin-turned-carriage to the glass slipper, plus a few surprising twists along the way!

Where this narrative excels is in its creative and admirable differences from what is arguably the most well-known rendition of this fairytale – Disney’s Cinderella (1950). The main beats are all there, albeit in slightly altered states, but the focus is largely placed on developing the characters – giving them greater depth and more meaning behind their respective actions. For instance, Prince Topher (Ainsley Melham) is a lot more than just the ‘handsome prince love interest’ – he has an arc that exposes a more sincere side and ties his dreams in life to certain socio-political issues. Similar to Cinderella (Shubshri Kandiah) herself, her journey is very much driven by her desire to do good in the world, just as much as it is about love.

These refreshing instances of unique character traits, including an interesting turn from Cinderella’s stepsister Gabrielle (Matilda Moran), do well to enhance the story and create genuine intrigue in what twists and turns could occur. However, despite these differences, I feel as though the production suffers from an issue that is out of its hands – being one of many Cinderella adaptations following the same outline. Unfortunately it’s not something that can be rectified, since if you alter the core themes too drastically, it’s not going to be a Cinderella tale anymore. This is something that certainly impacted my overall enjoyment, but not on a level that had me disliking the production.

On a more positive note, the costume design within this delightful production is magnificent in every sense of the word. By far my biggest highlight has to be marvelling at the intricately detailed and beautifully vibrant costumes worn by a host of characters, from Cinderella and the Fairy Godmother to the wider ensemble of dancers. There’s a clear reason why it won the Tony Award for Best Costume Design – the costume transformations. Without spoiling the surprises, there are a number of transformations in here that are genuinely jaw-dropping – moments that had me stunned by the blink-and-you’ll-miss-it speed at which they occur. 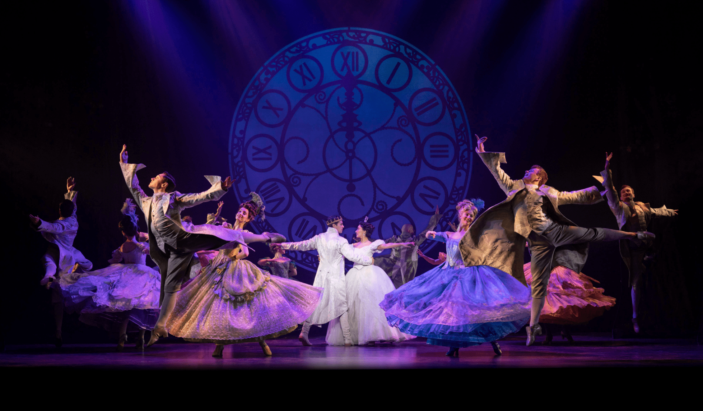 Expertly complementing the costume design is the set design, bringing this fairytale to life from the moment it begins. The high attention to detail and maximum use of the entire stage draws you in to the magic and ensures there’s something to focus on no matter where you look. By far the most memorable location is Cinderella’s house – it’s where much of the story takes place and has layers to its design you don’t notice or appreciate until much later in the production.

Speaking of memorable moments, this production is lacking a single big moment that stuns audiences and has them raving out the doors. Sure, the costume transformations are quite notable, but they’re not as prominent as a huge musical number, which I don’t think it had. The musical numbers that are there are quite good – there’s a solid variety of slower and upbeat tunes, but nothing sticks out as particularly special.

Whoever assigned this cast picked some great performers to fill these roles. Shubshri Kandiah perfectly fits the role of Cinderella, giving off those kind, innocent traits, while also having the ability to display the strength and determination of the character leading into the second act. Both Tina Bursill (Stepmother) and Silvie Paladino (Fairy Godmother) received unanimous applause whenever they graced the screen for their biggest musical numbers, showing the strength of their singing performances. Plus, Tina Bursill is a masterclass when it comes to displaying the ruthlessness of her character towards Cinderella, adding to how invested the audience gets in Cinderella’s journey.

In terms of the comedic performances, Todd McKenney (Sebastian) lights up the stage with his seemingly effortless comedic touch. The way he executes every comedic beat so flawlessly is brilliant to watch. He gets the entire audience laughing in unison with each snappy one-liner, elevating the mood in the room.

Rodgers + Hammerstein’s Cinderella is not without its setbacks, partly a result of it being just one of many Cinderella adaptations, but it still remains a thoroughly enjoyable show for audiences of all ages. Stay on the lookout for the magical costume design, beautiful sets and stunning dress transformations – by far the strongest and most memorable moments from the production. With a touch of humour and that infectious fairytale charm exuding from every single scene, theatre die-hards and young kids alike are bound to get a kick out of this timeless production!

Rodgers + Hammerstein’s Cinderella is playing at the Regent Theatre in Melbourne through to July 22nd. For more information and to purchase tickets, head HERE.

Reviewer attended on Thursday 27th May 2022