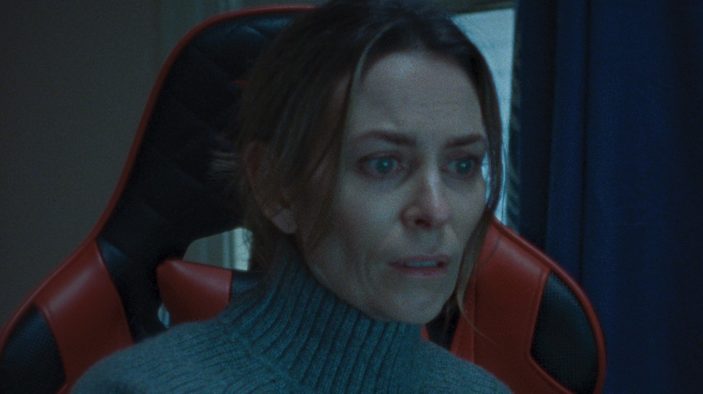 Throughout Victim‘s 14 minute running time, the tension laid forth by writer/director Robin Summons is near-unbearable as it traces a radicalised teenager and his increasingly concerned mother.

Offspring favourite Kat Stewart brings a sweet yet stern nature to the role of Chrissy, a single mother whose seeming one wish is to have a collected dinner with her son, Beau (Ned Stanford) on her birthday.  Their body language and verbal interactions indicate a volatile dynamic, one she hopes to overcome but he seems intent on adhering to; whether or not it’s always intentional on his part is another question though.

It’s incredible what Summons achieves in such a short span of time in Victim, and though Chrissy as a suffering mother feels like the most obvious character to link as the titular description, the suggestion of Beau’s own trauma is shone through in a quiet manner that leads him to act in a brutal fashion that he may have been driven to rather than arrived there off his volition.

A film that proves the power of suggestion is a far more effective tool than showcasing graphic savagery, Victim is sure to be a distressing watch for certain parents, but it’s necessary all the same.  What children are absorbing online and how they are voicing their thoughts needs to be monitored in a manner that maintains a certain level of respect and discretion, but at once refuses to allow such a disquieting temperament to fester and prevail.

Victim is screening as part of this year’s Melbourne International Film Festival, running in cinemas between August 4th and 21st, 2022, and online through MIFF Play August 11th and 28th, 2022.  For more information head to the official MIFF page.