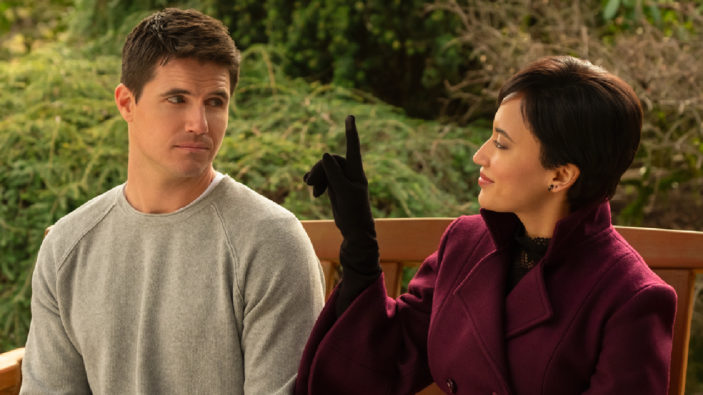 It’s been two years since the first season of Upload, an off-beat comedy set in the future where the wealthy can upload their consciousness to a digital afterlife and continue living in a perfect world of their creation. The first season was the perfect blend of comedy mixed with drama exploring themes of loss, love and betrayal.

This time around the story picks up immediately after the events of the first season finale. Nathan (Robbie Amell), an Upload, is reeling from the news that his girlfriend Ingrid (Allegra Edwards) has made the decision to upload to his world so they can still be together after suspecting something is going on. Her suspicions were right; Nora (Andy Allo) developed an attachment to Nathan after being assigned as his handler/angel, and discovering how he was murdered in the first season. Nora is now hiding out with the Luds, a cult obsessed with rejecting technology, while investigating further into the mystery of Nathan’s murder.

Meanwhile in Upload-land, Ingrid is carrying a secret that could tear their relationship and the Upload afterlife apart. It was good seeing Ingrid as front and centre this time around, as she tries everything she can to save her relationship and find out what is going on, all while Nathan is chasing information on Nora. Taking over from Nora as Luke’s handler is Aleesha (Zainab Johnson), who joins Ingrid as a more central character, providing a lot of laughs and banter. 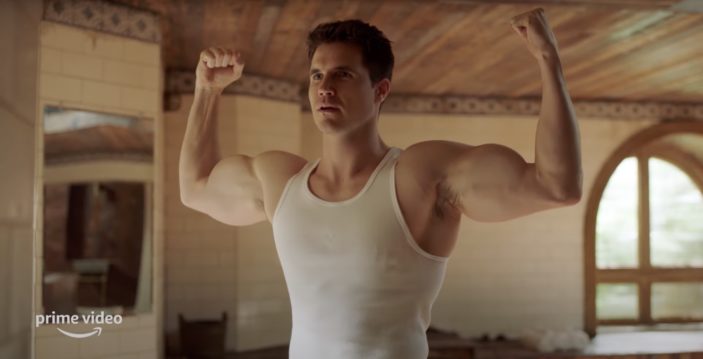 Having Nora and Nathan separated for the first few episodes is definitely a change of pace. The chemistry between the two actors is incredible and having them apart does allow for the supporting characters to come to the front. It makes for an electric reunion, and the stakes are immediately raised as the second half of the season really moves the overall story arc into gear.

Shortening the season to 7 episodes allows for tight and succinct writing, all while still being able to introduce new characters and propel the series forward. There is more of a visual distinction between Upload heaven being bright and colourful with an almost Vaseline-like tinge to the lens, and the real world looking dark and grim. This juggling of visuals with the story and performances is absolutely perfected in its second season, with Greg Daniels rounding it into a sophomore season that avoids the usual slump, and improves on the first. 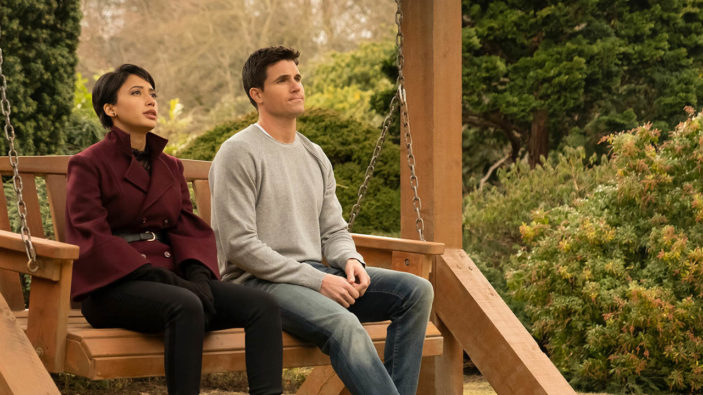 Imagining a future in which we can upload ourselves to the digital realm and live on outside of our bodies in places sponsored by the likes of phone companies and tech giants is not completely outside the realm of possibility. Meanwhile, an episode side plot about a Robin Hood-like attempt to steal from the billionaires and pass on the data to the lesser fortunate “2Gig” community makes for an interesting comment on class and wealth, even in the afterlife.

The second season of Upload dives deep into the premise while allowing more characters to come to the forefront of the show. Having the two main characters separated really highlights how great they are together, and though it makes for a slower start, the season quickly picks up and leaves you wanting more.