The Son is emotionally manipulative in its interrogation of teenage depression: TIFF 2022 Review 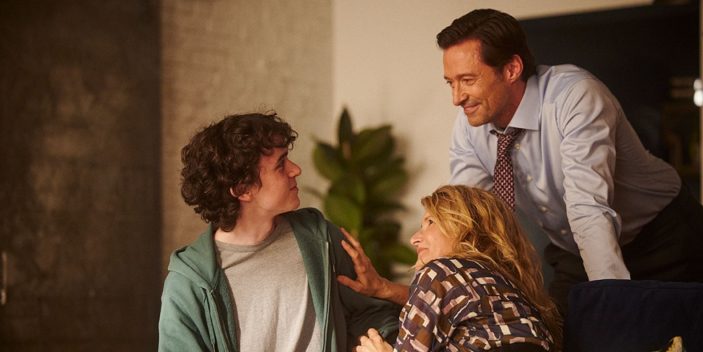 The claustrophobic and emotional resonance Florian Zeller created with 2020’s The Father is unfortunately nowhere to be found in The Son, a prequel of sorts based off another of Zeller’s stage plays.

A chamber piece on the subject of dementia that rightfully won Anthony Hopkins his second Best Actor Academy Award, The Father expressed subtlety and nuance when tackling the character’s uncertainty and declining mental awareness.  The Son, despite a capable cast and equally worthy subject matter, is, at best, a soap opera-leaning melodrama that harnesses a polish that’s all too glossy for a drama supposedly navigating teenage depression.

“The son” at the centre of Zeller’s effort is Nicholas (Australian actor Zen McGrath), a seventeen-year-old struggling in the aftermath of his parents’ divorce.  Peter (Hugh Jackman) has since moved on to Beth (Vanessa Kirby), had an almost-instant son with her, and lives chicly comfortable in a magazine-ready apartment.  Kate (Laura Dern), on the other hand, is still alone, feeling as if she’s acting like a single parent to Nicholas.

When learning that Nicholas has been skipping school for a month, Kate and Peter come to a head and confront him about what’s going on, leading to Nicholas admitting he’s struggling with mental health and wishes to live with Peter and Beth instead of Kate.  It’s a blow to Kate as a mother, and Beth is hesitant to let the unstable Nicholas around her new-born son, but they come to an agreement and, initially, it seems as if the change has benefits to his well-being.

Whilst the admittance of a teenager’s mental health is a worthy discussion, Zeller and Christopher Hampton‘s script never delves beyond the buzz words of depression.  Nicholas feels as if he’s suffocating and he’s clearly angry at Peter’s decision to leave their family, but his outbursts have a recycled quality to them.  We never get to just why he truly feels this way.  Adolescent depression and suicidal thoughts are important subjects to tackle, but The Son‘s decision to air Nicholas’s depression largely through the view of Peter means it never truly holds the weight it deserves; it’s also to the film’s fault that McGrath, try as he might, is unable to convey the character’s emotional or mental state in an organic fashion.  It’s a bad performance, made even more obvious against Jackman (who himself is a little too theatrical at times), Dern and, especially, Kirby, who emerges as the film’s most relatable, natural character.

Though it’s understandable that Zeller wouldn’t want to hue too closely to what he achieved in The Father, The Son takes a far too conventional approach to its narrative.  The single apartment setting of Hopkins’ decay added to that film’s psychological impact, and whilst Zeller’s original play followed suit by remaining entirely in Peter and Beth’s apartment, the choice to move the characters around in varying locations furthers its mainstream sheen.  The dialogue here feels unconvincing, and though it may have been just as clunky in an intimate setting, the insular immersion of what one location can do could have guided the script process.

It truly is a shame that The Son doesn’t interrogate its worthy subject matter in a more honest, uncomfortable way.  There’s still such a stigma attached to teenage depression and parents need to discuss this more.  This film could have extended that gateway.  It wants to feel as if it’s making leaps in that discussion, but it’s far too emotionally manipulative and, ultimately, depressing to succeed at such.

The Son is screening as part of this year’s Toronto Film Festival, running physically between September 8th and 18th, 2022, and digitally (select titles) from September 13th.  It is scheduled for a North American theatrical release from November 11th, 2022.  An Australian theatrical release is expected in 2023.