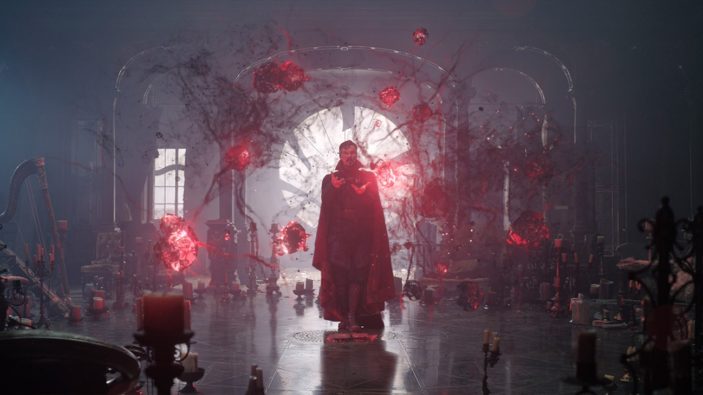 A new dimension of Strange is upon us.

With Spider-Man: No Way Home STILL going strong at the global box office, the Marvel hype for the anticipated Doctor Strange in the Multiverse of Madness is at an all-time high, with Sam Raimi‘s sequel seemingly looking to pick up where Benedict Cumberbatch‘s Strange left off.

A more horror-aimed trailer than the last tease, this latest trailer gives us glimpses of Doctor Strange’s sinister doppelganger, Elizabeth Olsen returning as Scarlet Witch, and a particular voice cameo that alludes to another Marvel property (possibly one of many) making their way into this multiverse.  May 5th can’t come soon enough!

In Marvel Studios’ “Doctor Strange in the Multiverse of Madness,” the MCU unlocks the Multiverse and pushes its boundaries further than ever before. Journey into the unknown with Doctor Strange, who, with the help of mystical allies both old and new, traverses the mind-bending and dangerous alternate realities of the Multiverse to confront a mysterious new adversary.

Doctor Strange in the Multiverse of Madness is scheduled for a release in Australian cinemas only from May 5th, 2022.